Four months into 2018, and Toronto and Vancouver continue to fight for first place when it comes to the cost of rent.

After Vancouver climbed to the top spot in March, April sees Toronto reclaim its position as the most expensive city for rent in Canada, according to the latest monthly rental report from PadMapper.

This month, 15 of the cities in the report saw a rental increase, 6 cities experienced a downward trend, and 5 stayed flat.

Meanwhile, last month’s one bedroom champ, Vancouver has become the second most expensive rental market in Canada because one bedrooms increased only slightly by 0.5% to $2,010, while two bedrooms grew 1.6% to $3,200. 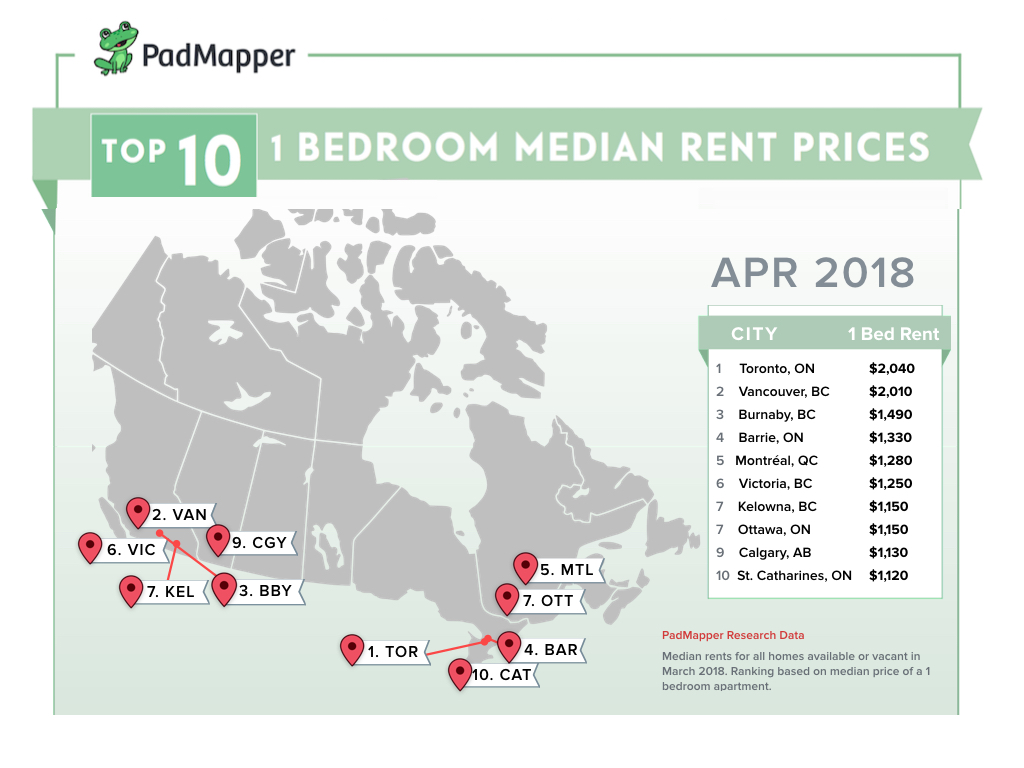 Fourth and fifth place go to Barrie and Montreal, respectively. Barrie, Ontario, moved up one spot from last month as one bedroom rent grew 4.7% to $1,330 and two bedrooms increased 3.3% to $1,580. 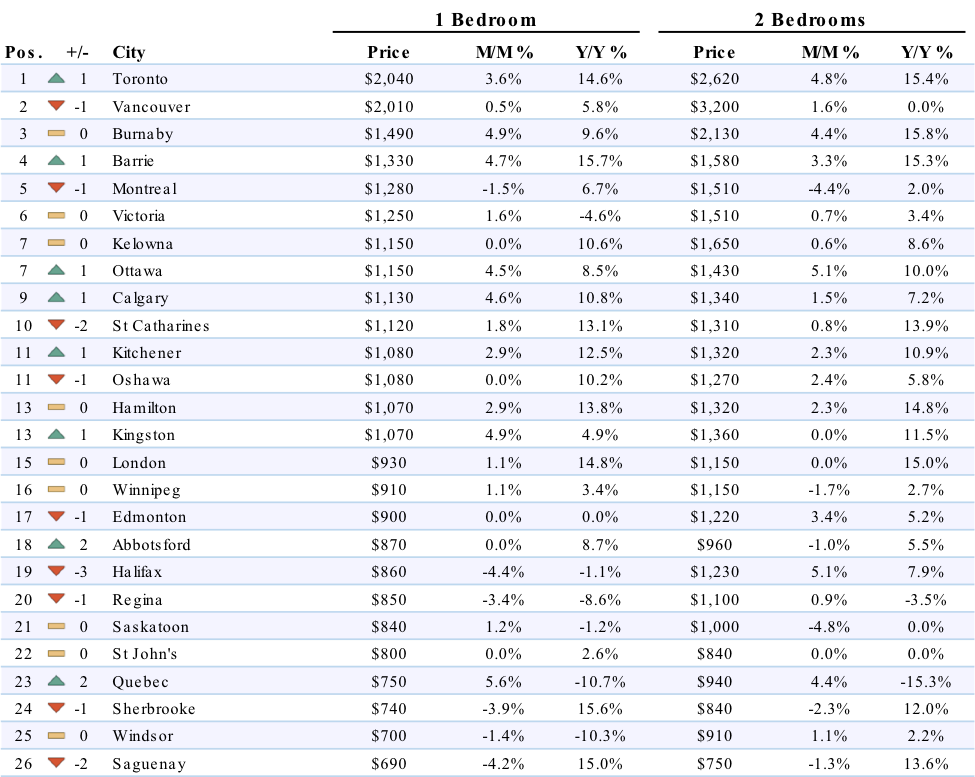 Saguenay, Quebec, has taken Windsor’s spot as the cheapest city to rent in Canada as the cost for a one bedroom dropped 4.2% to $690. A two bedroom suite will cost you $750, which seems like more than a steal compared to Vancouver and Toronto.

So if you want to save those dolla bills, you’d better pack your bags and head to Saguenay.