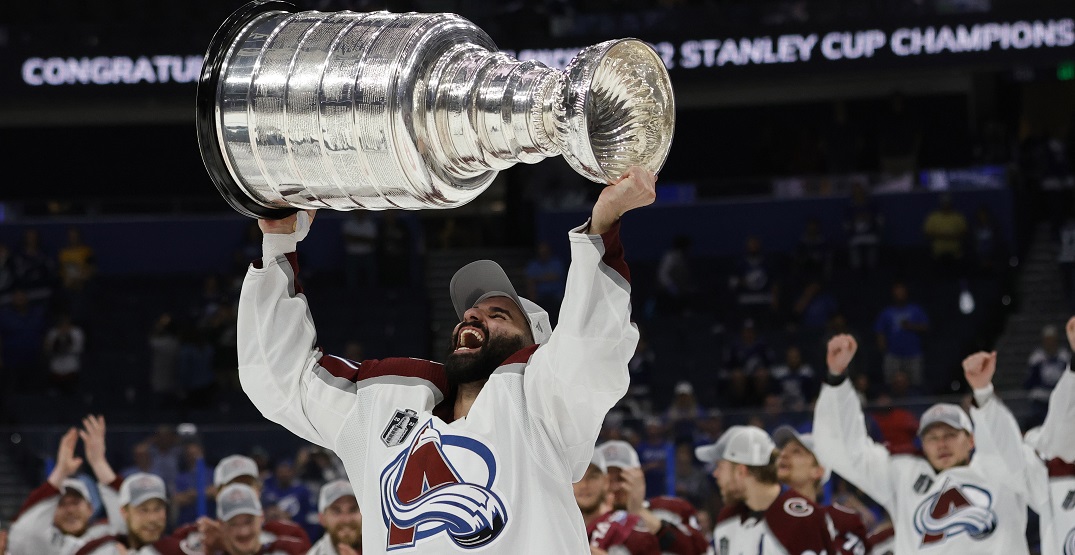 In his third season with the Colorado Avalanche, Kadri battled back through a thumb injury suffered in the Western Conference Final against Edmonton that had kept him out of the lineup for nearly three weeks.

He scored just one goal in the Final, but it was a huge one: giving the Avalanche an overtime win and a 3-1 series lead in Game 4 of the series.

With the championship win, Kadri is believed to be the first Muslim to win the Stanley Cup as a player since the trophy was first awarded in 1893.

Kadri, grew up in London, Ontario, with his paternal grandparents and father Sam hailing from Lebanon.

The Kadri family has been open about about attacks on their faith.

During the team’s second-round series against the St. Louis Blues, Kadri’s wife Ashley shared racist messages the family had received over Instagram.

“For us, we’re Canadians at heart, first and foremost — and we’re proud to be Muslim Canadians. And I think it’s gonna do a lot for the younger generations,” Sam told Sportsnet’s Luke Fox. “Hopefully we get that stigma of racism out of any sport, out of our culture, out of our society.”

Kadri was originally drafted by the Toronto Maple Leafs from the OHL’s London Knights, and spent 10 seasons with the team. He was subsequently traded in the summer of 2019 after picking up suspensions in consecutive postseasons.