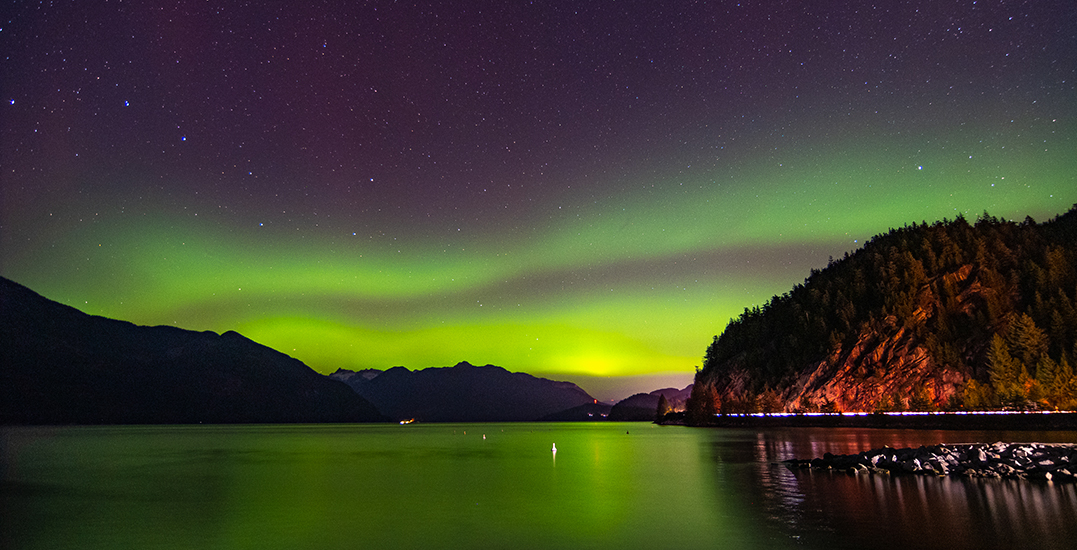 If you missed out on the impressive Aurora Borealis show earlier this month, you might be in luck. A spooky light show could be in store for this weekend across British Columbia.

A geomagnetic storm watch has been issued by the National Oceanic and Atmospheric Administration (NOAA) for Saturday, October 30.

You’ll have to eat some candy and drink some coffee to catch the peak of it, set to occur between 2 and 5 am on Saturday for BC.

BC isn’t the only province that will have a chance to catch the Northern Lights — they’re expected to be visible in Alberta. The NOAA also predicts the aurora borealis may be visible as far south as Pennsylvania, to Iowa and Oregon. 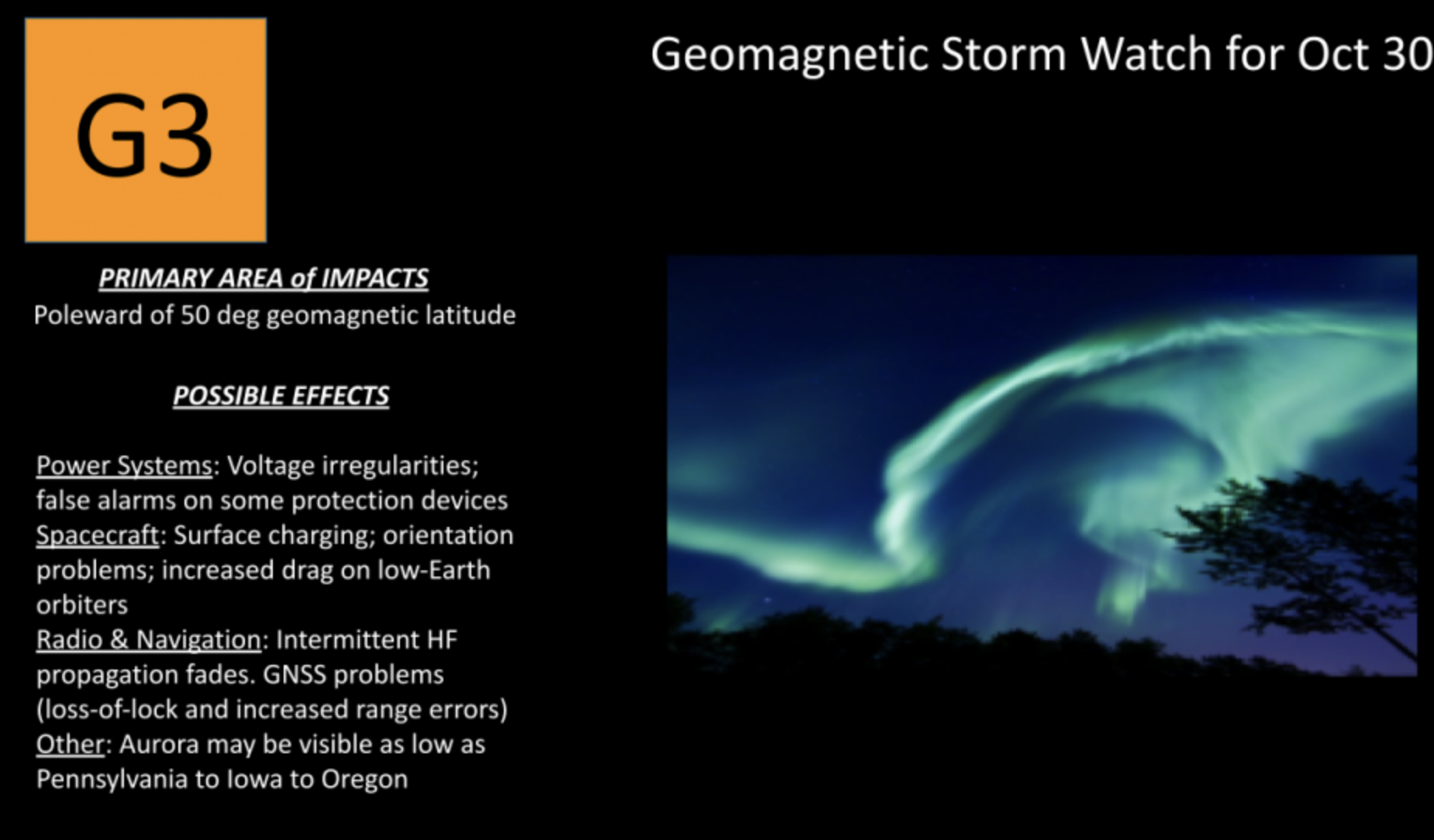 A G2, or moderate watch, is in effect for October 31, according to the NOAA.

“Solar radiation storm conditions are in progress and expected to persist over 29-30 October, with a chance for an additional enhancement at the S1 (Minor) storm level on 31 October,’ a report stated from the NOAA.

Another look at the X1 solar flare and the resulting CME as seen by SOHO/LASCO. A partial halo CME was launched with a clear earth-directed component. Impact expected late 30 October/early 31 October. Strong G3 geomagnetic storm possible this Halloween weekend! pic.twitter.com/lFNI0FwISe

What’s the maximum Kp currently forecast? A 7, which means they can be as visible as far south as the yellow line: pic.twitter.com/ET0TQwAdo6