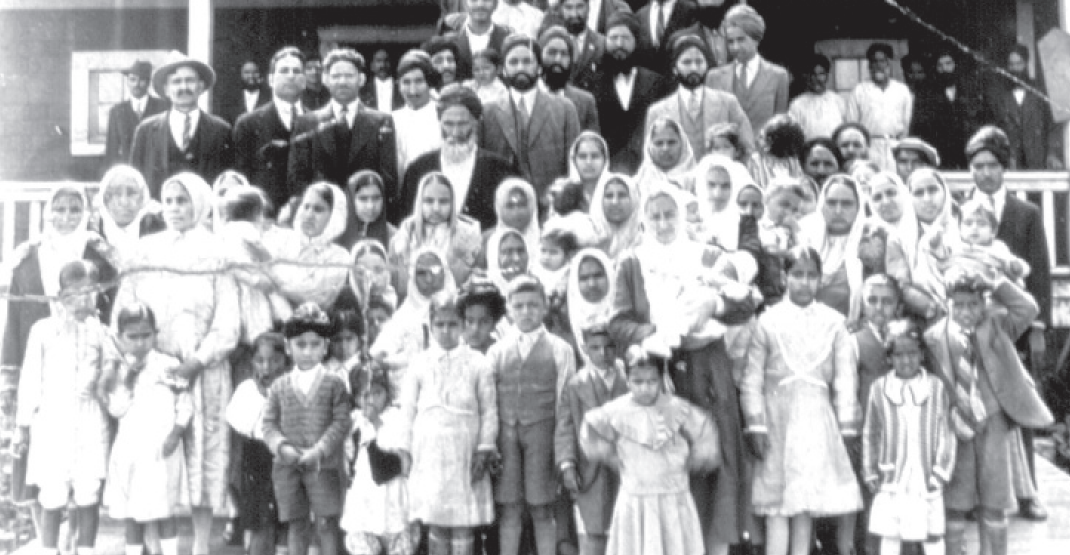 A new art exhibit is coming to New Westminster to celebrate the rich history of Sikhs in the Lower Mainland, including the 100-year anniversary of the Sukh Sagar Gurdwara, a Sikh place of worship in New West.

The exhibition titled “An Ocean of Peace: 100 Years of Sikhs in New Westminster” explores and celebrates the Sikh community of New Westminster and its relationship to the Sukh Sagar Gurdwara — the spiritual, political, and social centre of the community.

Due to the snow, tonight’s exhibit opening is postponed to Friday, January 24 from 6 – 8 pm. #newwest #helloBC #exploreBC pic.twitter.com/IumfL59Qft

“Ocean of Peace” is a literal translation of the name “Sukh Sagar,” and the exhibit is meant to trace the history of Sikhs in the area and show images of the community at different points in history.

The exhibition was curated by Paneet Singh and Naveen Girn in partnership with the Khalsa Diwan Society New Westminster and runs until May 31, 2020, at the New Westminster Museum and Archives. (The exhibit’s launch celebration has been postponed until January 24 due to this week’s weather conditions.)

According to the New Westminster Museum and Archives, the “exhibit offers an immersive experience capturing the sights and sounds of gurdwara life, and an exploration of themes of belonging, spirituality, identity, community-building, celebration, and activism.”

“This is a generational story,” says Girn.

“From images and documents related to the history of Bhai Mewa Singh that have never been publicly displayed, to ongoing stories of service and volunteerism, this exhibition is an opportunity to reflect on the history of Sukh Sagar Gurdwara and the South Asian community’s impact on New Westminster.”

Chouhan’s family has generational ties to this Sikh place of worship in particular, but Chouhan says the exhibit is important for the community of Sikhs in the Lower Mainland as a whole.

“There’s a lot of cool history about the Sikhs in not just New West but Vancouver as well. It’s one of the first settlements of Sikhs in BC, so it’s really great to learn about our roots and the struggles the community faced,” said Chouhan.

The gurdwara was originally a house before being rebuilt in the 1970s and renovated again in 2013.

Chouhan’s family was a big part of the congregation in New West in the 1970s — around the time her grandfather was the president of the gurdwara.

“There’s a huge community of Sikhs in the Lower Mainland, and with this exhibit, you can travel back in time, and it’s the complete opposite [from] when there was only a small group of people trying to find a place of belonging,” said Chouhan.

As part of the exhibition, members of the local Sikh community are invited to share photos and memories through the hashtag #SukhSagar100 on social media and at the “Sikhs in New West: A Photo Exchange” program taking place at the museum on April 8 from 7 to 8:30 pm.

Images will be added to a changing photo album in the exhibition space that will reflect new stories about the Sukh Sagar Gurdwara in Queensborough and the Sikh community in New Westminster.

This program is jointly presented by Sikh Heritage Month BC, the New Westminster Museum and Archives, and Gurdwara Sahib Sukh Sagar.