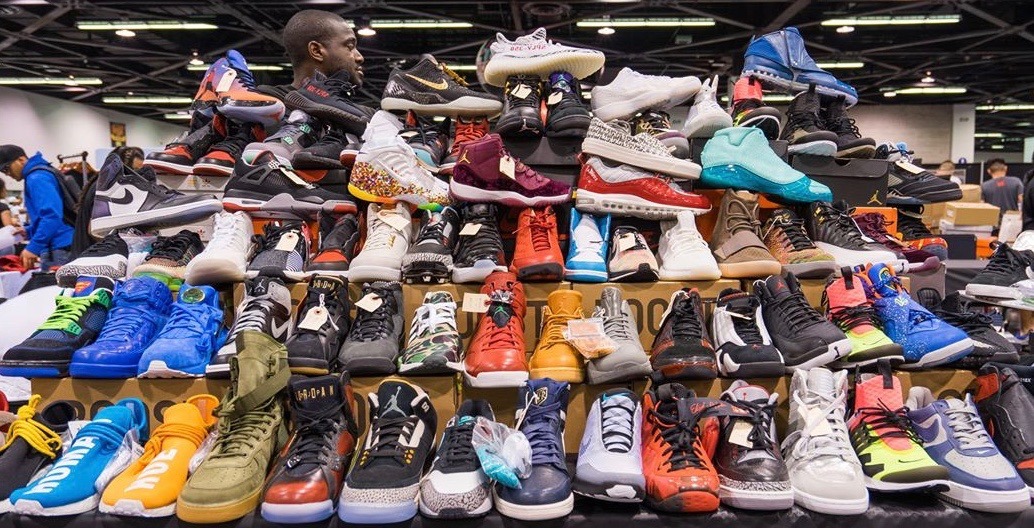 One of the largest and longest-running sneaker and streetwear events is making its return to Vancouver next month.

Sneaker Con, affectionately dubbed as “the greatest sneaker show on earth,” will be taking place at the Vancouver Convention Centre on February 29, 2020. The event is a massive collection and collaboration for fans to browse, talk, and learn more about their favourite brands and shoes.

Naturally, it’s also the perfect place to buy shoes. The event includes over 100 vendors who will be selling sneakers and streetwear, as well as an on-site team to authenticate products.  A trading pit also takes place during the day, allowing attendees to sell and trade pieces of their own connection.

Alan Vinogradov, a co-founder of Sneaker Con, tells Daily Hive that the event first started in New York in 2009, back when collecting sneakers was less of a mainstream hobby. Since then, the event has skyrocketed in popularity, with SneakerCon events across North America, as well as shows overseas in Shanghai, China and Osaka, Japan.

“We’re continuing to cement ourselves in the sneaker community and provide a platform for the industry to gather and grow,” says Vinogradov in an interview.

He notes that Vancouver’s first-ever event, which was held in February 2019, was a great success with more than 5,000 attendees.

“Getting attendees from all around the West Coast was very unique,” he adds. “People were naturally very excited and very positive about the event — it was definitely something we were very pleased with.”

This time, Vinogradov says to expect bigger and better things for the event’s second coming.

“We’ve booked up a larger space and we’re going to have more vendors travelling from around the region, including Alberta and Ontario. It’s really, really positive how we’re building the community in Canada.”

In total, the event is expected to have more than 150 vendors. It’s also Sneaker Con’s first event of 2020.

Event-goers can also look forward to apparel and merchandise exclusive to the event, as well as influencers and sneaker celebrities from all over Canada and the United States.

Vinogradov also suggests that attendees bring plenty of pieces to trade or sell and to always be on the lookout for something new.

“Bring some shoes with you, some that you aren’t wearing that someone else might fall in love with,” he says. “You never know what you might find.”

Sneaker Con Vancouver will take place on Saturday, February 29 from 12 to 7 pm. Tickets can be purchased on the event website for $28.55 (including ticket fees).