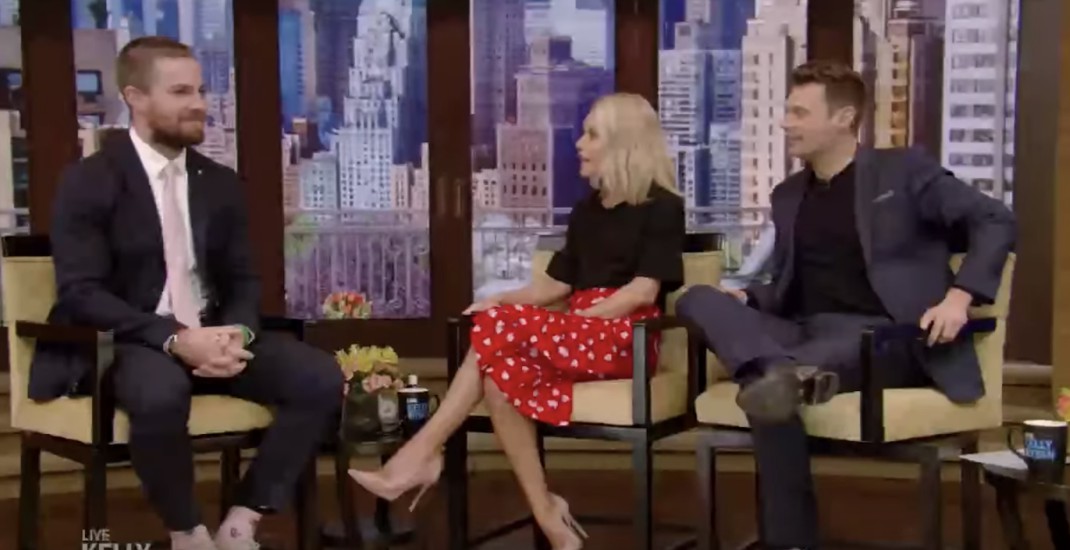 Arrow star Stephen Amell has become so skilled at archery that he’s been turned away from a carnival game at Vancouver’s PNE.

Amell stopped by BC’s Live with Kelly and Ryan in New York on Tuesday, where he shared a funny story about his PNE experience.

“I took my daughter to something called the Pacific National Exhibition in Vancouver in August and I did the archery game and I won. I got the biggest possible stuffed animal,” said Amell, who has been calling Vancouver home for the past few years as the hit CW show Arrow has been filming in town.

“And then I went back later to try and win another one for my friend and they refused me,” he said.

“Well did they figure it out? They’re like ‘He’s on Arrow, he’s a professional,'” asked Rippa.

But it turns out that the PNE staff just wanted Amell to follow the rules.

“They pointed to a sign on the wall that says, ‘We reserve the right to refuse service to someone more than once in a day,'” said Amell. “I was blackballed.”

Hopefully, Amell heads back to the PNE this August and takes another shot at the archery game to win that prize.