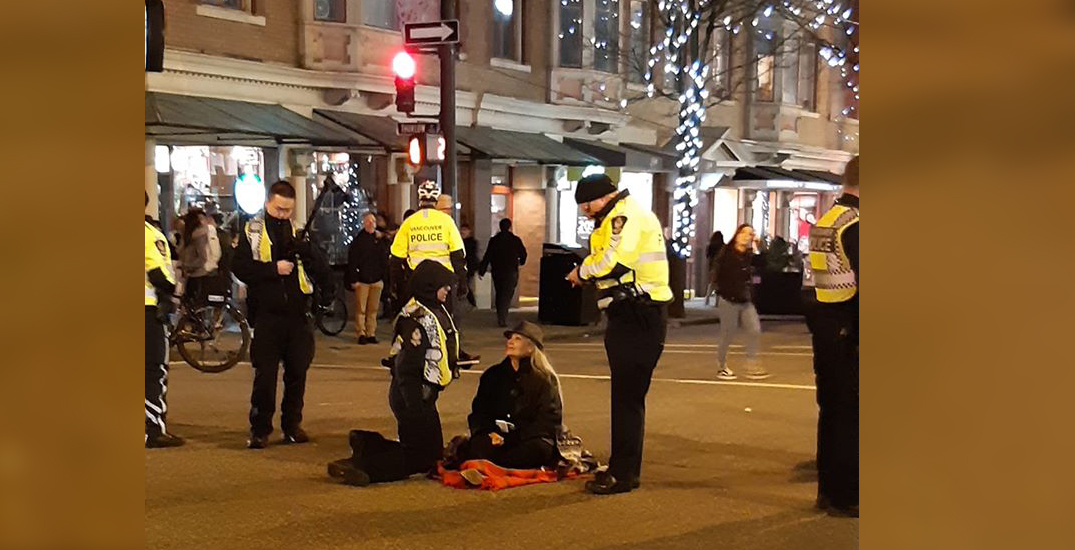 The group staged a “climate funeral,” with demonstrators clad in red carrying a coffin painted with the words “change or die.”

The Vancouver Police Department said the demonstration was largely peaceful. But officers arrested the six people for mischief after they climbed on top of structures and refused to get down despite warnings, according to a police news release.

According to a Facebook post from Extinction Rebellion, they held the demonstration because “business as usual equals death.”

“If we continue down this path, the climate and ecological crisis will worsen, leaving us with a future of droughts, floods, and starvation,” the group said.