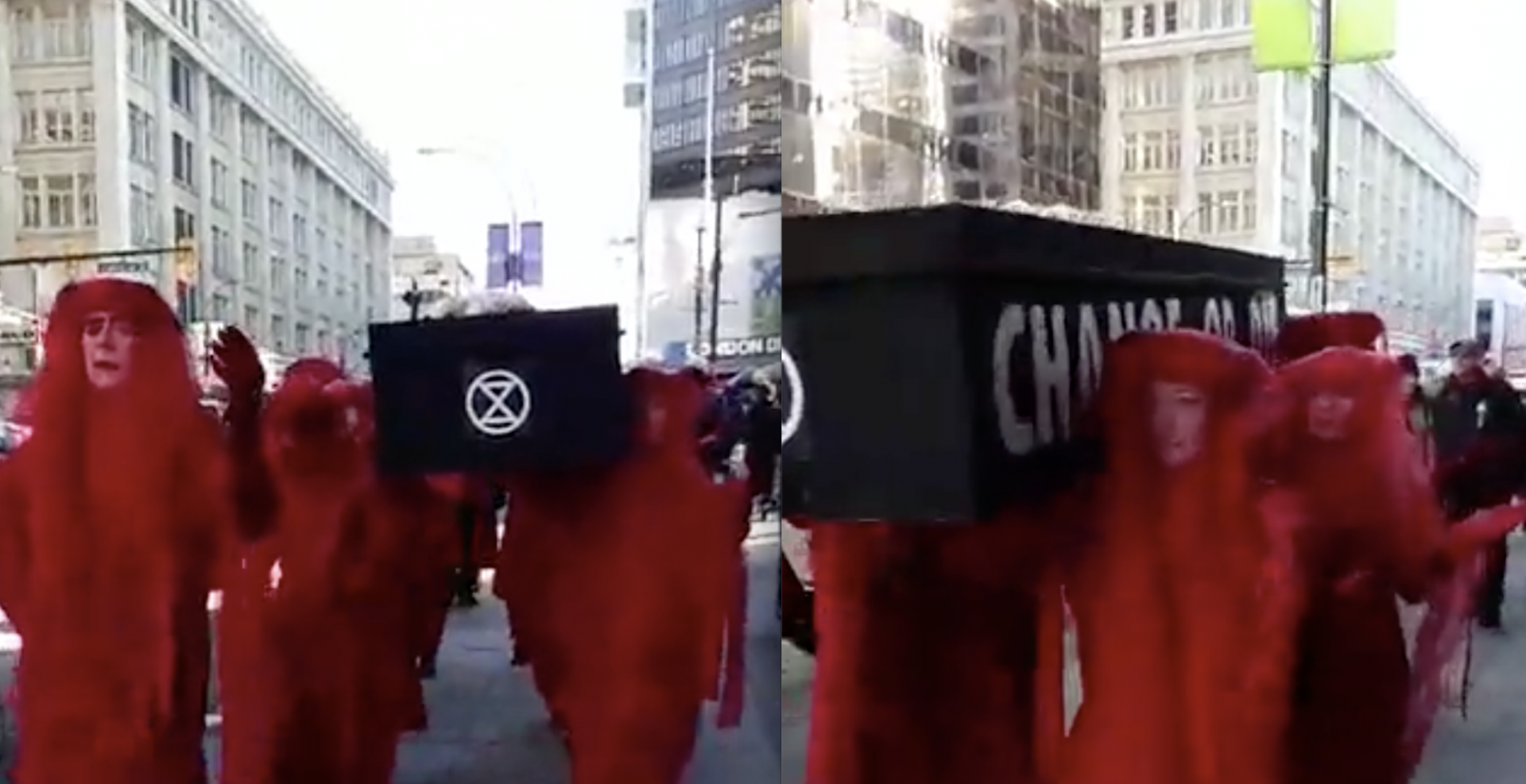 According to VPD, Granville Street from Georgia to Dunsmuir Street is currently closed.

#VanTraffic Granville Street from Georgia to Dunsmuir Street is closed down by police due to climate protest.

The group has dubbed today’s event as a “Black Friday: Funeral for Extinction” procession.

Video footage of the protest shows demonstrators dressed in red carrying a black coffin that says “Change or Die.”

“Extinction Rebellion Vancouver knows that business as usual equals death,” the group wrote on Facebook. “On Black Friday, we will be having a funeral procession to signify that if we continue down this path, the climate and ecological crisis will worsen, leaving us with a future of droughts, floods, and starvation.”

The group says that during the procession-style protest, “we will mourn for the future of our planet, our ecosystems, and the lives lost due to climate crisis (human and non-human).”

The group says that following the procession, a “post-funeral wake” dubbed “EarthWake” will take place. This event will include a clothing swap and live performers, among other things.

“Although we know that individual actions are not enough and we are demanding system change, it is important for people to learn and practice these skills for the future,” the group writes.

Extinction Rebellion has held a variety of protests in the city recently, including a day-long event that shut down the Burrard Bridge to vehicle traffic.