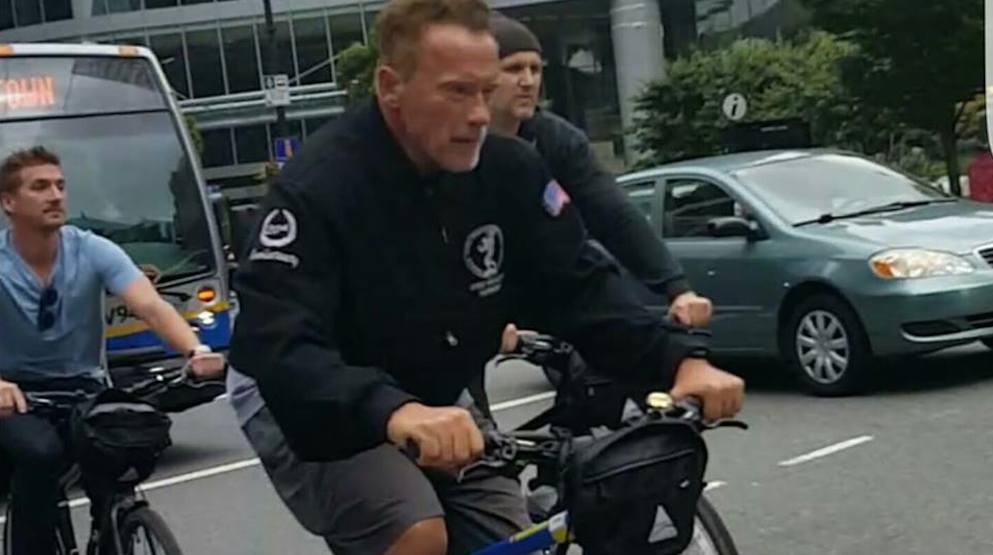 American actor and former Governor of California Arnold Schwarzenegger was seen in the streets of downtown Vancouver earlier this week on a bike.

The 69-year-old was seen biking without a helmet in the northbound direction of Burrard Street where it intersects with Dunsmuir Street. He is currently in town filming Why We’re Killing Gunther alongside Vancouver-born actor Cobie Smulders.

Filming for the hitman comedy which is directed by Smulders’ husband, Saturday Night Live‘s Taran Killam, began in mid-July and is scheduled to continue through August. 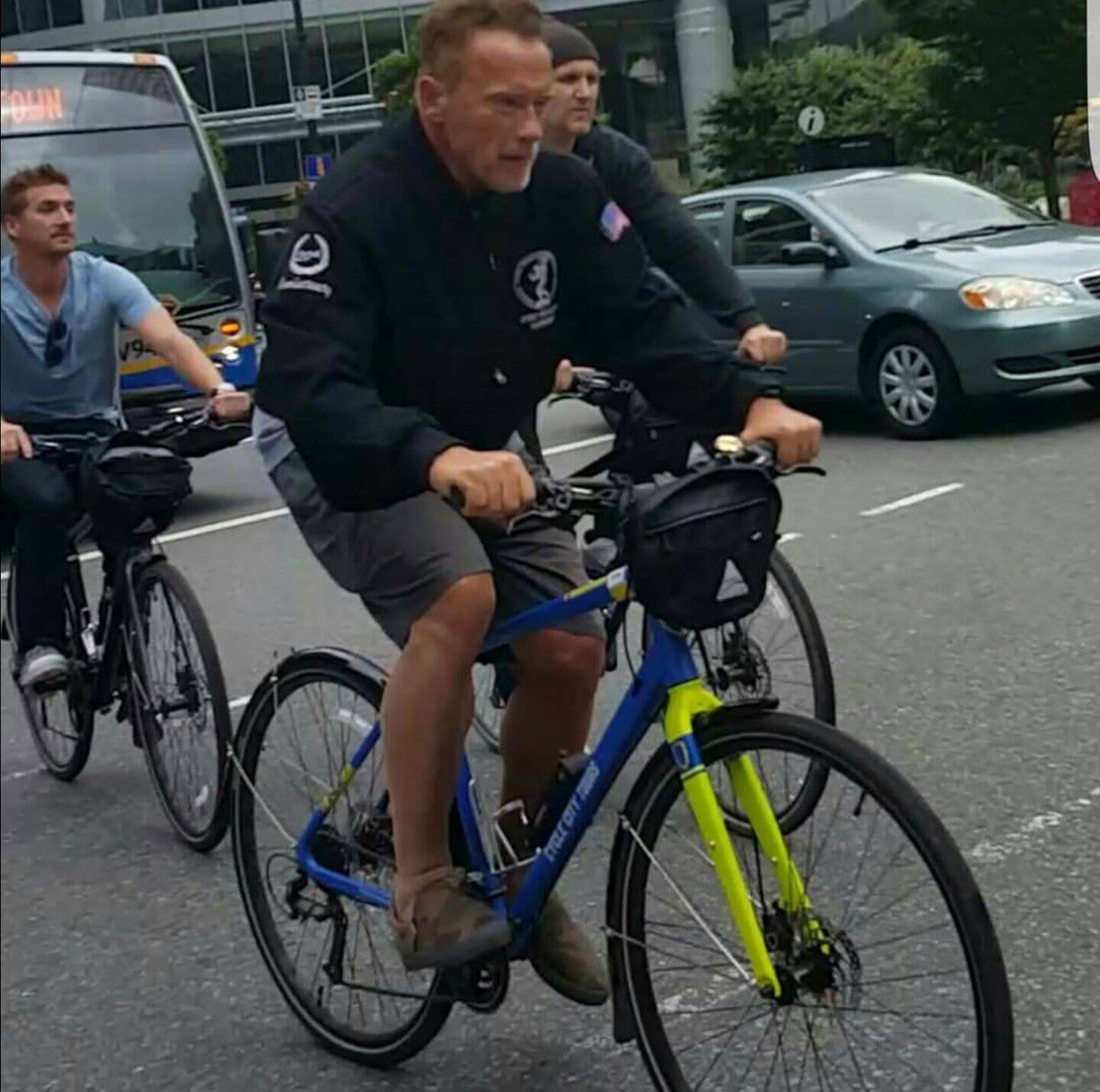 Schwarzenegger, a former professional bodybuilder, is known to be an avid cyclist and is frequently spotted by Hollywood media biking near his home and in his travels abroad.

Arnold Schwarzenegger caught on camera biking on wrong side of the road in UK, gets almost run over by bus #news pic.twitter.com/zxClPJdkYZ

Just ran into Arnold Schwarzenegger again Riding His Bike In Santa Monica on 2nd Ave. near where I live. pic.twitter.com/zp0pJInxHj

Arnold Schwarzenegger on a bike in front of the Supreme Court is why I love Snapchat pic.twitter.com/PcLe0EnqUi

Schwarzenegger has made a number of visits to Vancouver for both filming during his acting career and meetings with former Premier Gordon Campbell when he was the Governor. The two leaders were known to have found common ground on climate change policies.

On the morning of February 12, 2010, Schwarzenegger was in Vancouver to carry the Olympic Torch along the Stanley Park seawall near the Brockton Point Lighthouse. He passed the flame to Sebastian Coe, the chairman of the London 2012 Olympic Games Organizing Committee.