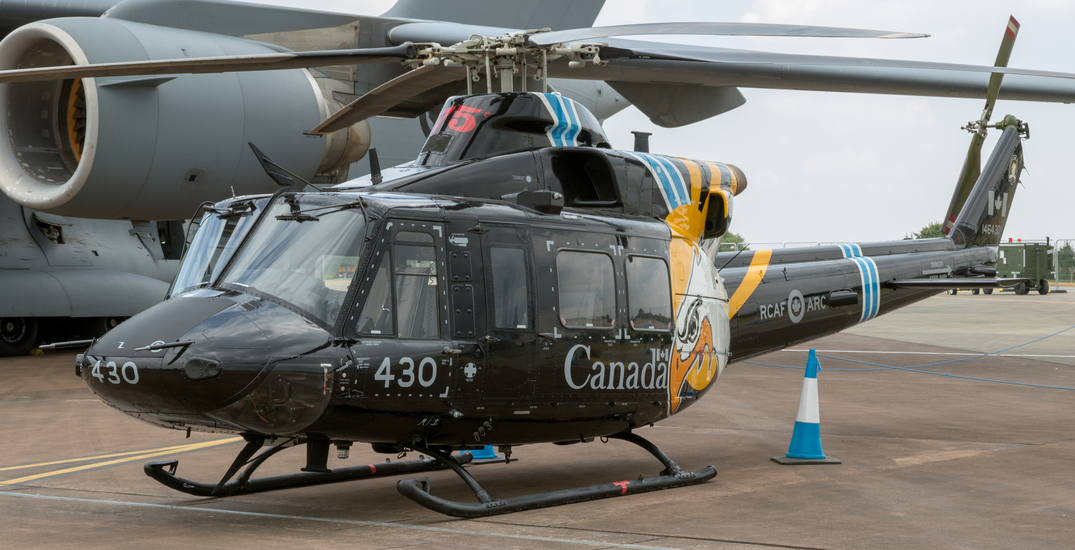 The Canadian Armed Forces has begun gathering personnel and equipment at a military base in anticipation of being called in to assist crews fighting wildfires in British Columbia.

A spokesperson for the Department of National Defence confirmed to Daily Hive that a forward operating location (FOL) has been established at Canadian Forces Base Edmonton.

The base will be used to gather personnel, resources, and equipment should a request come in to support crews fighting BC’S wildfires, spokesperson Jessica Lamirande said.

Planning and preparations are ongoing to ensure the Armed Forces are ready to respond “quickly and effectively” to a call for assistance, given the “severity of the wildfire situation.”

Allocated resources include three CH-146 Griffon Helicopters which are on standby in Edmonton, and one CC-130J Hercules that is on standby in Trenton, Lamirande said.

Two CH-147F Chinook helicopters are being sent to CFB Edmonton from Petawawa as well. One is expected to arrive today, weather permitting, and the other should arrive tomorrow.

The Chinook and Griffon helicopters can airlift firefighters and equipment in and out of affected areas or support evacuation in an emergency situation, Lamirande noted. The Hercules can be used to transport supplies and personnel.

The Armed Forces’ Immediate Response Unit has also been put on standby. The unit consists of roughly 350 personnel who can support the operation logistics if needed.

“We are monitoring the situation closely and we are ready to respond as required by the Canadian government to help protect Canadians,” Lamirande said.

According to the BC Wildfire Service, there are 172 active wildfires currently raging across the province.

Thirteen of the fires are listed as “wildfires of note,” meaning they are highly visible or potentially pose a threat to public safety.