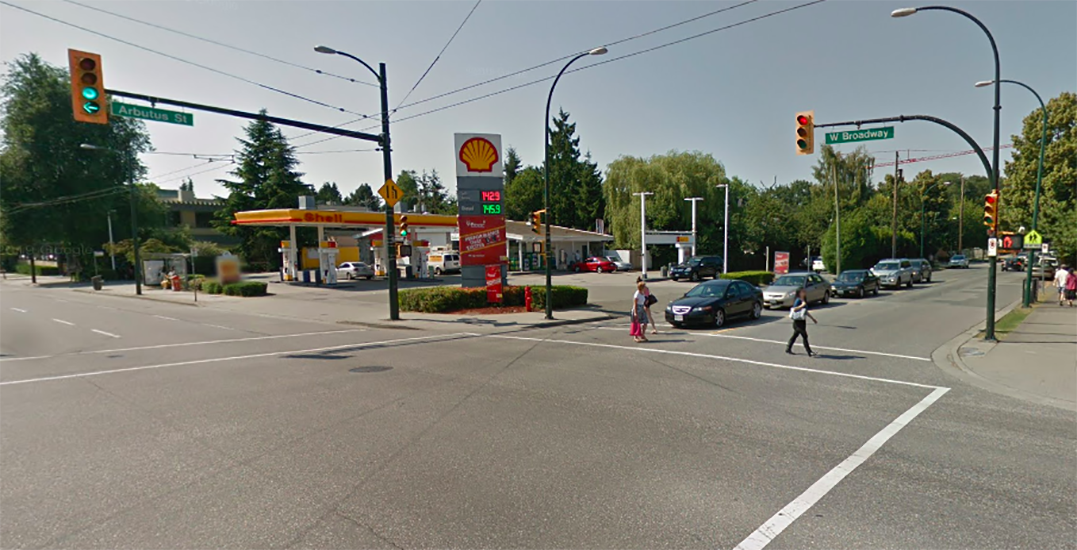 The intersection of West Broadway and Arbutus Street (Google Maps).

The Ministry of Transportation and Infrastructure has announced that road closures are scheduled in Vancouver for the coming weekend.

For three days, from Saturday, October 19 to Monday, October 21, Arbutus Street will be closed between West Broadway and 8th Avenue.

The closures are for the relocation of Telus infrastructure and are part of pre-construction work for the Broadway Subway project, which has been underway since February 2019.

On Saturday, October 19 and Sunday, October 20, all lanes in both directions will be closed.

On Monday, October 21, one lane will be closed at a time for paving and restoration. 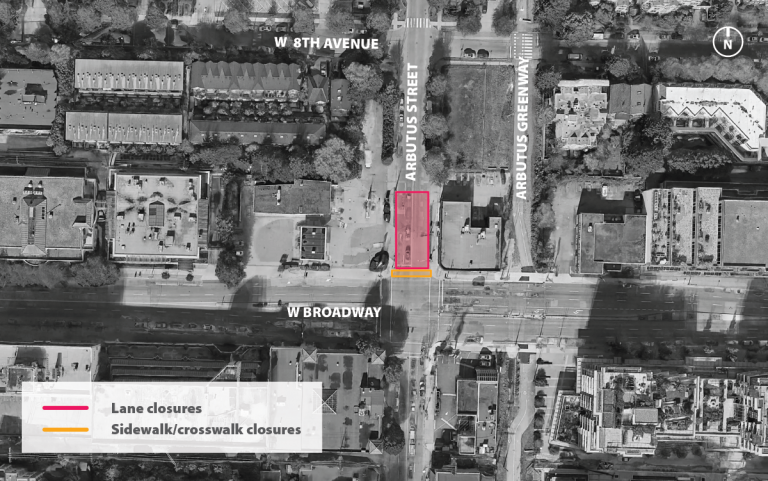 Ministry of Transport and Infrastructure

The Ministry says traffic detours will be in effect and that businesses and residential access will be available over the course of the work.

Naturally, anyone commuting through the area should expect delays or consider planning an alternate route.

Earlier this year, pre-construction work also started for the installation of new overhead trolley wires on sections of Cambie Street, West 12th Avenue, and Macdonald Street to allow for the temporary detours of the No. 14 UBC/Hastings, No. 16 Arbutus/26th Avenue Station, and No. 17 Oak/Downtown trolley routes during the years-long subway construction. The No. 9 and 99 B-Line will remain on Broadway.

Construction on the subway is slated to begin by the end of 2020, after a major contractor for the project is selected in the middle of the year. The extension should be ready for its riders in 2025.