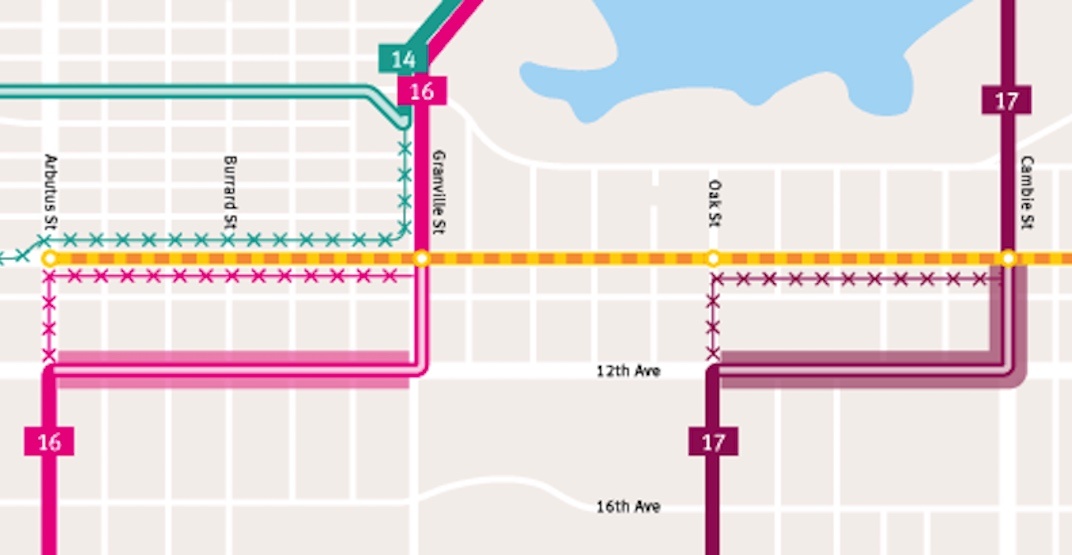 A new map released by TransLink provides a detailed look at how the construction of the Millennium Line’s Broadway Extension to Arbutus Street will temporarily affect trolley bus routes that run through the Broadway Corridor.

The most significant trolley reroute will be the No. 14, which will operate along West 4th Avenue between Macdonald Street and the Granville Stret Bridge instead of its usual route along West Broadway.

There may be some temporary street parking restrictions and occasional lane closures during this trolley infrastructure work.

Reroutes of these three trolley bus routes are expected to begin sometime in the latter half of 2020, when major construction on the $2.8-billion tunnelled SkyTrain extension project begins.

While the tunnel will be completed using a tunnel boring machine, previous TransLink documents noted there will be disruptions to traffic on West Broadway, particularly in areas where localized cut-and-cover construction is required for the subway stations.

The extension of the Millennium Line, adding six new stations and replacing half of the existing 99 B-Line route, is scheduled for a 2025 opening.