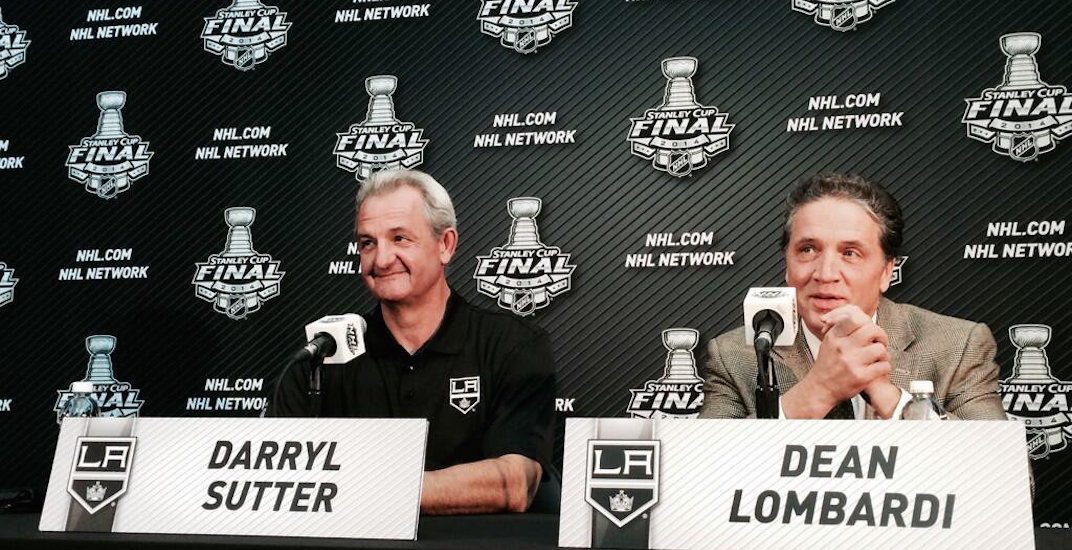 While fans are still coming to grips that Trevor Linden is no longer a member of the Vancouver Canucks, the search for his replacement appears to have already begun.

Hearing Dean Lombardi is a serious contender for open job in VAN. We’ll see where it goes.

Lombardi was GM of the Kings from 2006 to 2017, winning two Stanley Cups. The Kings missed the playoffs for three straight seasons after he took over, while the team patiently built up their prospect pool. Lombardi drafted Drew Doughty, Wayne Simmonds, Alec Martinez, Slava Voynov, Brayden Schenn, Tyler Toffoli, and Tanner Pearson – who all played an important role (as a player or trade chip) to their Cup wins.

Lombardi pushed all the right buttons leading up to their first championship in 2012, dealing for Mike Richards and Jeff Carter that season. He acquired Marian Gaborik for cheap in 2014, who scored 22 points in 26 playoff games for the Kings on their Cup that year.

Trying to hang on to a team that wasn’t good enough anymore, Lombardi mortgaged the future during his final years in charge. LA missed the playoffs in two of his final three seasons and was bounced in the first round the other year. Making matters worse, he dealt away their first-round picks in 2015 and 2016 to get the likes of Milan Lucic and Andrej Sekera. Lucic played one season in LA before leaving as a free agent, while Sekera was a trade deadline rental.

His opponents will say he’s too old school and not patient enough. His backers will say he built a two-time Cup champion in LA.

The question is, what does the Aquilini family say?