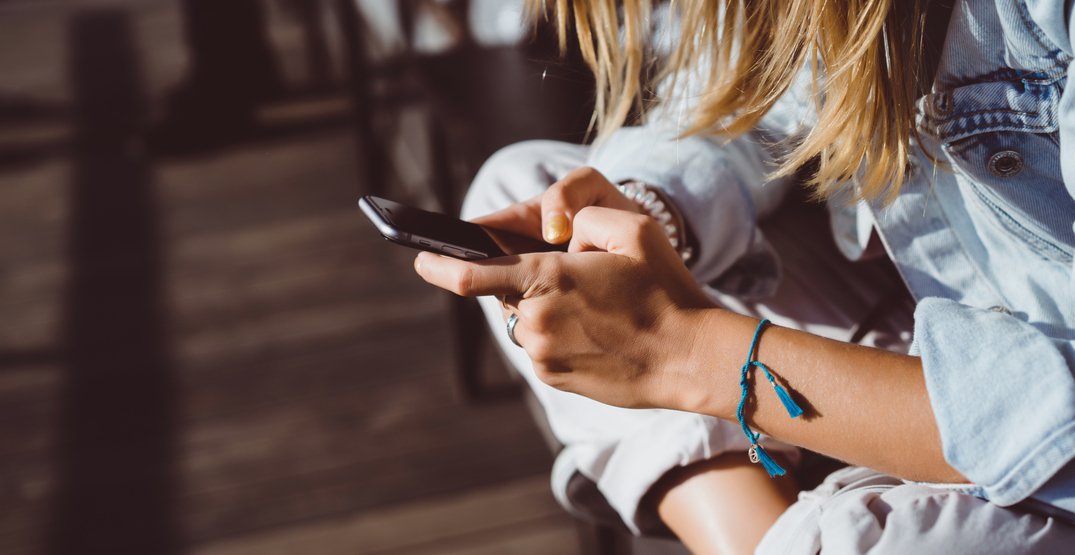 A Montreal-based organization is on a mission to help youth fight disinformation during the 2019 federal election campaign.

Apathy is Boring is a non-partisan organization that encourages youth to be active citizens in Canada’s democracy.

This summer, Apathy is Boring launched its #iSpeakElection Disinformation Campaign to educate young Canadians about being critical of the information they see online leading up to the October 21 election.

“Algorithms feed a lot of the content we see and give you a lot of content you want to see — not necessarily what you need to see,” Caro Loutfi, executive director of Apathy is Boring, told Daily Hive.

“And the problem with that is it’s creating echo chambers which reinforce existing values and perspectives, which adds to an increase of polarization online as well as the potential to spread disinformation.”

Apathy is Boring worked with Abacus Data to gain insight into news consumption and democratic engagement.

The data found that 55% of Canadian youth reported that they see “deliberate political misinformation at least once a week online” and 47% saw “deliberately inflammatory or divisive content.”

Loutfi says these findings are “a concern.”

To combat this, the Apathy Boring website comes equipped with several tools to help younger voters understand and recognize disinformation.

First, it breaks down disinformation into the following seven categories:

The organization also provides videos that further explain page transparency on Facebook, reverse image search on Google, and YouTube autoplay and how these features can help to separate the true from the false.

“We’re really encouraging youth to pay attention to think about where their content is coming from and to think twice before sharing an article or information,” said Loutfi.

“Even though young people may be a bit better than other age demographics in recognizing disinformation, there still is content out there that is trying to influence how you think and how you act.”

Canada ramping up cybersecurity ahead of election

Apathy is Boring’s campaign is one of many efforts being taken to address and prevent disinformation during the 2019 election.

On a larger scale the Government of Canada, the Canadian Security Intelligence Service (CSIS), Elections Canada, and the RCMP have all worked to ramp up election cybersecurity.

“We meet regularly with these agencies to discuss roles, responsibilities and protocols under potential scenarios; and plan communication,” stated Elections Canada, on its website.

Recently, the Government of Canada announced the creation of the Security and Intelligence Threats to Elections (SITE) Task Force made up of members from CSIS, the RCMP, Global Affairs, and the Communications Security Establishment (CSE).

“In anticipation of the 2019 election, the SITE Task Force will help the government assess and respond to foreign threats,” said the Canadian Centre for Cyber Security in its 2019 update report.

Still, the Centre for Cyber Security says it is “very likely that Canadian voters will encounter some form of foreign cyber interference related to the 2019 federal election.”

But it says it would be “improbable” that the foreign cyber interference would be equivalent to that of the 2016 US presidential election, which involved alleged Russian interference via Facebook.

In 2017, Facebook launched its Canadian Election Integrity Initiative in order to prevent anything similar from happening during future federal elections.

Facebook said the initiative is a “direct response to the Communications Security Establishment’s Cyber Threats to Canada’s Democratic Process report commissioned by the Minister of Democratic Institutions.”

Loutfi is optimistic about these new measures but she says how Canadians navigate through disinformation when the election is officially called “still to be seen.”