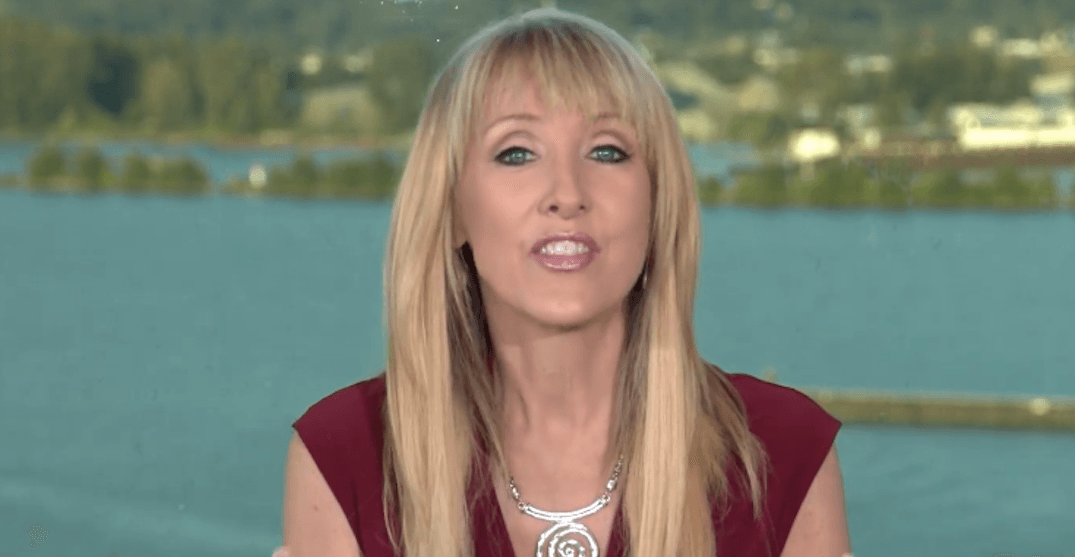 An outspoken opponent of a resource for schools in BC meant to help support gay, lesbian and transgender students and create a more inclusive environment for them, has announced she is running for a spot on the Burnaby School Board in this fall’s municipal election.

“It’s been just about a year since I found out about this crazy teaching called SOGI – Sexual Orientation and Gender Identity,” Laura-Lynn Tyler Thompson explains in a Facebook video. “I heard that they were going to be promoting transgenderism and gender-sex fluidity, meaning all kids will be taught that they can pick their gender, and yes, even their sex, because apparently, they might be born into the wrong body than the actual sex that they feel they are in their head.”

If people find this confusing, she continues, “so do I.” She goes on to say she shared this newfound information with people throughout her community, who were “shocked that anyone would teach our children this ideology.”

Thompson says she gets called a “hater,” homophobe, and transphobe for speaking out against this, because she thinks that “something is really wrong with this picture. We think that teaching little kids not to love themselves for who they are as God had made them is wrong.”

She also claims in the video that while SOGI purports to be about anti-bullying, they “bully people who disagree with them,” and that this “gender-bending belief has no place in schools and should be kept out.”

Thompson adds that she supports the acceptance of all kids, with all their cultural, sexual, religious, and differing characteristics – we love children, they’re great,” she adds. ‘We do not support, however, teaching all kids that they can be gender-fluid; that is our bone of contention. Do not turn this into something ridiculous, saying that we’re haters, and homophobes – it’s not true.”

Burnaby residents head to the polls on Saturday, October 20.