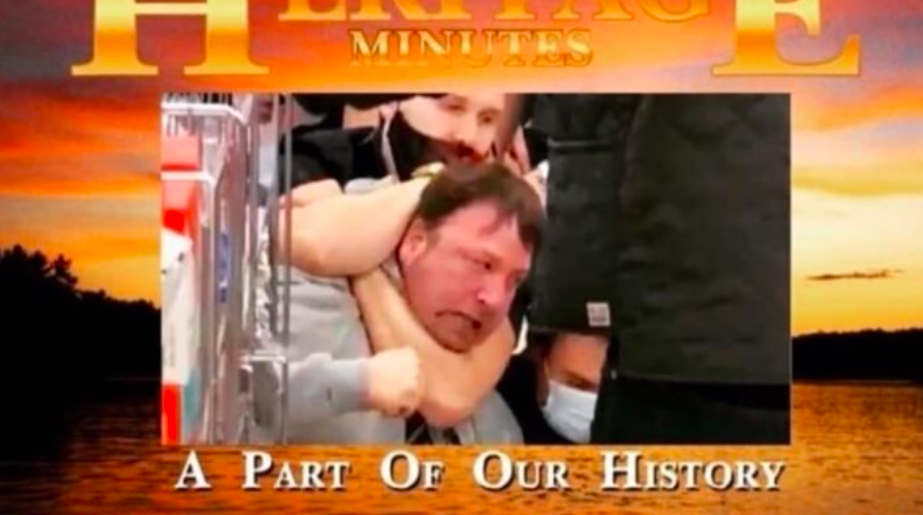 A man who went on an anti-mask tirade at a Burnaby Canadian Tire last month, and was involved in a physical altercation as a result, has now started an online fundraiser to help him pay his legal fees.

On his GoFundMe page, Christopher Ivany writes he was “assaulted, handcuffed and detained illegally and unlawfully by Canadian Tire employees.”

Because of the incident, Ivany claims he’s now facing two assault charges and that he has lost his job.

“I am crowd funding to help pay lawyer fees so I can beat this case and counter with a lawsuit against those employees who were involved and the fake news media which has slandered me and committed libel against me,” he writes.

“I sure wish I didn’t have to do this,” Ivany writes. “I am not a fan of asking people for help, I usually do pretty good on my own.”

Ivany expresses his thanks in advance to anyone who is able to donate money, and adds the cash will be used “to fight this tyranny and communism that’s coming to our beloved country.”

A spokesperson for the BC Prosecution Service confirmed with Daily Hive that Ivany has been charged with two counts of assault, one count of uttering threats and one count of failing to wear a face covering in contravention of a regulation made under the Emergency Program Act.

“All counts are alleged to have occurred on or about February 22, 2020,” the spokesperson said.