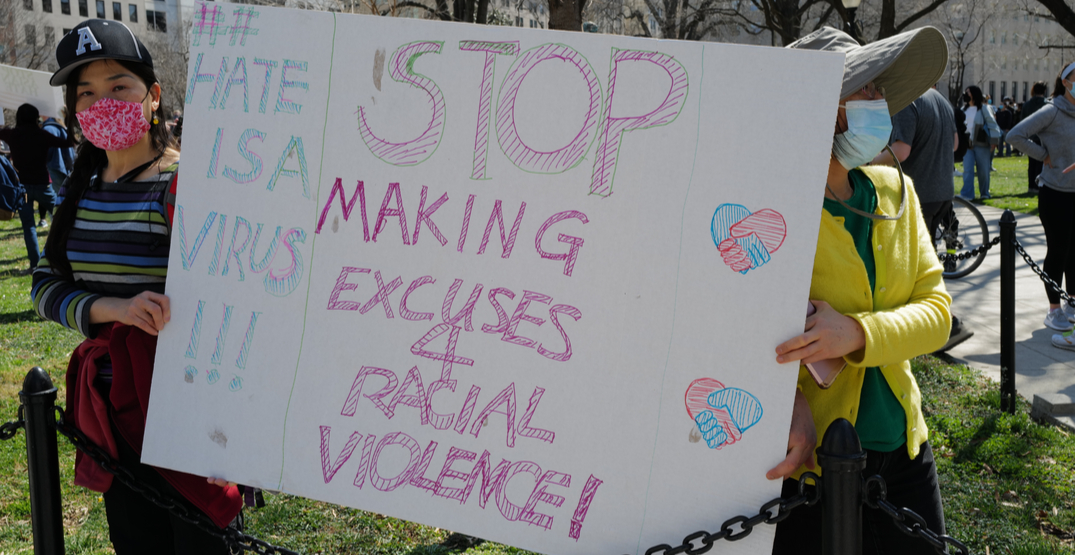 A number of Stop Asian Hate rallies are scheduled to take place in British Columbia this weekend.

The protests come after the deadly shooting spree in Atlanta, Georgia, that killed eight people, six of whom were Asian women. It also follows a massive increase in anti-Asian hate crimes in both Canada and the US.

The events are being organized by the Asian Canadian Equity Alliance (ACEA), a non-profit organization that wants to confront the bullying, harassment, and discrimination that’s been recently surging for Asians.

The rallies will take place on Sunday, March 28, from 2 to 3 pm at the Vancouver Art Gallery and Coquitlam Centre Park. Demonstrations will also be held at the same time in Kelowna, Penticton, Calgary’s City Hall, and Nathan Phillips Square in Toronto.

Organizers say that the goal of the demonstration is to “oppose discrimination against Asians, mourn the victims of the Atlanta shooting in the United States, support Asian Americans, and call on all sectors of Canadian society to be diligent against the growing discrimination.”

Reports of anti-Asian hate crime in Vancouver skyrocketed in 2020, increasing 717% compared to 2019. Premier John Horgan addressed both the Atlanta shooting and the rise in hate crimes, adding that “we must all stand against it.”

Anyone who participates is asked to wear a mask and practice physical distancing when they attend.