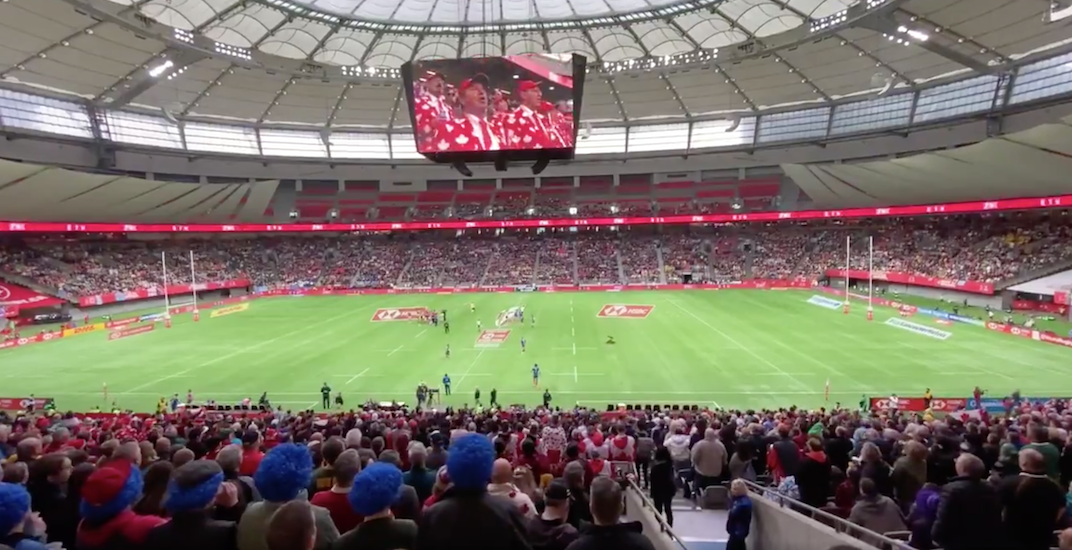 Unlike most North American sporting events, rugby sevens doesn’t begin matches with the singing of the national anthem.

But that didn’t stop 40,000 rugby fans at BC Place from belting out our anthem on the first day of the 2020 Canada Sevens.

Canada found the hot start that they were searching for in their opening match against France, beginning with four-straight tries. With a commanding 26-0 halftime lead over the favoured French, out of nowhere, fans sang an impromptu rendition of O Canada.

“That was crazy, that was awesome,” said Connor Braid, who scored the final try for Canada to put the game out of reach in the second half. “I normally don’t pay much attention to [the crowd,] but it was hard not to when we were lining up.”

I asked Braid if that type of thing sets the tempo for the weekend.

Went to a #Canada7s match and an anthem broke out!

Canada went on to win the match 31-21, and later upset heavily-favoured Fiji 26-21, putting themselves in good position to make the quarter-finals at this event for the first time since 2017.

“Everyone’s here, everyone’s watching. I’m glad we were able to put on a performance like that,” added Braid.

Canada is off to a tremendous start against fourth ranked France! Four quick tries for 🇨🇦 and the crowd is loving it! pic.twitter.com/j6QeAKd0xt

“[The Boys] were really fired up to get out there and make a statement,” said Team Canada captain Nathan Hirayama, who scored the first try of the match. “This is a highlight of the year for most years, it’s huge. Hong Kong and Vancouver are two of the best ones out there.”

The Canadians on the pitch weren’t the only ones that got off to a good start. Tens of thousands of outstanding costume-wearing fans provided a party atmosphere at BC Place.