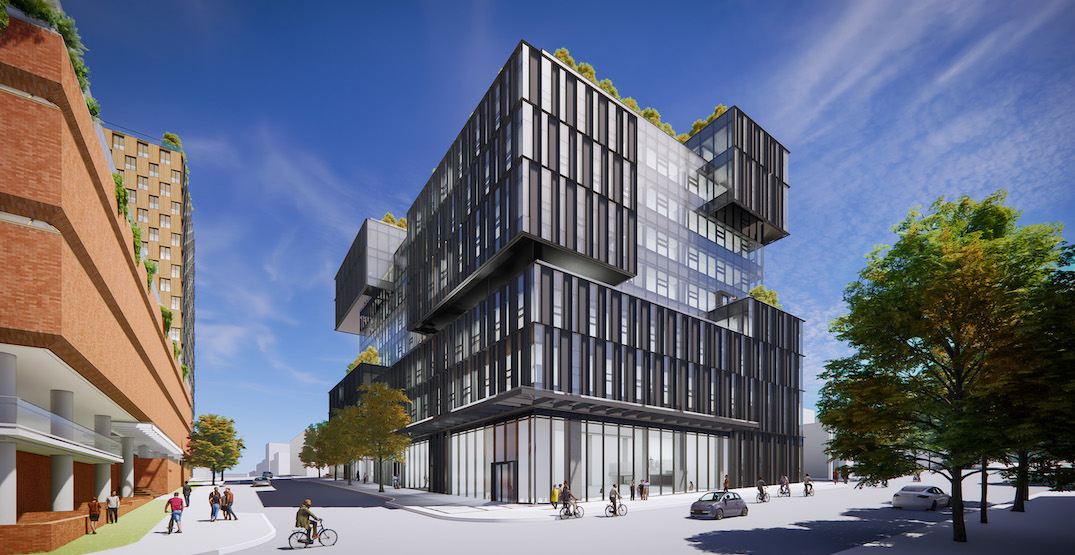 A major global animation and visual effects studio announced today its plans to significantly expand its presence in Vancouver.

The company will occupy 110,000 sq ft of space within the building at 110 East 5th Avenue, which replaces the surface parking lot at the southeast corner of the intersection of East 5th Avenue and Quebec Street — about a five-minute walk from SkyTrain’s future Mount Pleasant Station.

Their new studio within M4 will be more than twice the size of Animal Logic’s original 45,000 sq ft space in Yaletown, where the company first established its presence upon initially opening in Vancouver in 2015.

With the new Vancouver studio at M4, the company will double their workforce in the city — generating an additional 300 jobs. 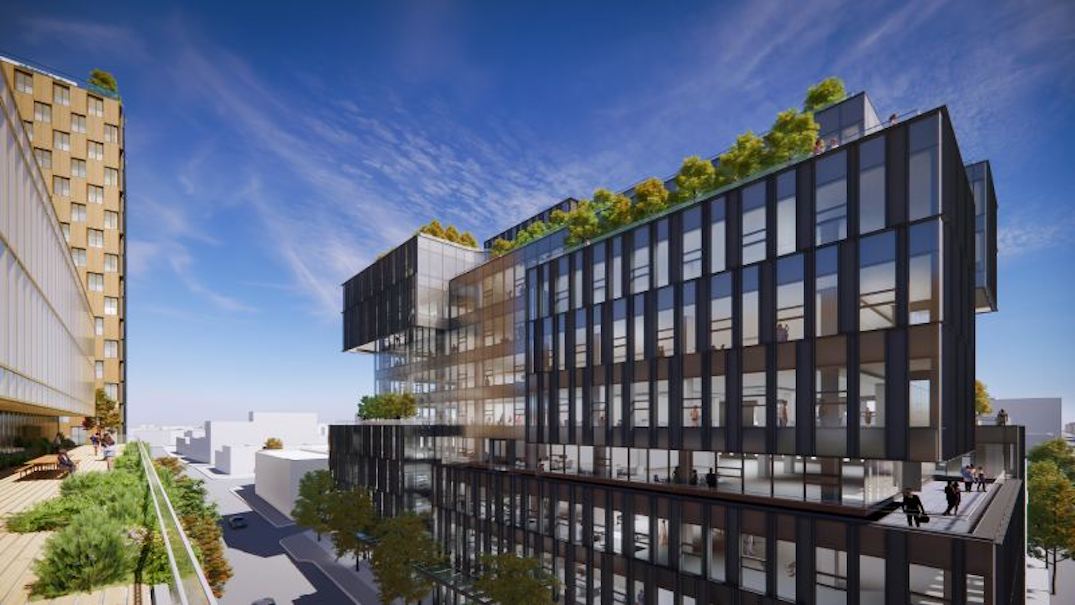 “It’s exciting to be able to design a space for our hybrid workforce that fosters an interconnected, collaborative, and creative environment for our talented employees and their development, whilst also supporting our sustainability initiatives,” said Sharon Taylor, the chief operating officer of Animal Logic, in a statement.

Animal Logic is headquartered in Sydney, and the Vancouver studio’s initial years were largely focused on producing The LEGO Movie 2: The Second Part.

Since then, the studio’s Vancouver division has also created the feature animation for upcoming films such as DC League of Super-Pets and Toto: The Dog-Gone Amazing Story of the Wizard of Oz.

Emilie Lok with Westbank’s leasing team added: “Designed to meet the needs of creative industry firms, this project brings together art, innovation, technology, district energy and mass timber below-market rental housing, within a net zero carbon lifecycle campus. We’re thrilled to have found a collaborator in Animal Logic who shares our commitments and our vision. We’re looking forward to working together to realize their space at Main Alley.”

M4 accounts for one of five buildings within Main Alley, which carries a combined total floor area of 730,000 sq ft of office and creative industrial space suitable for large tech companies. 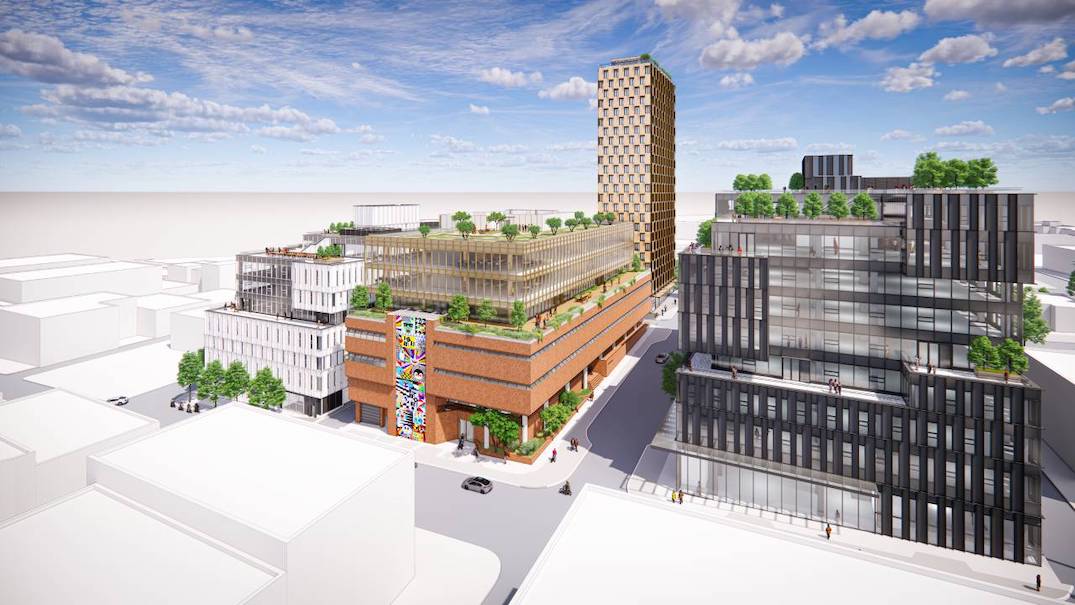 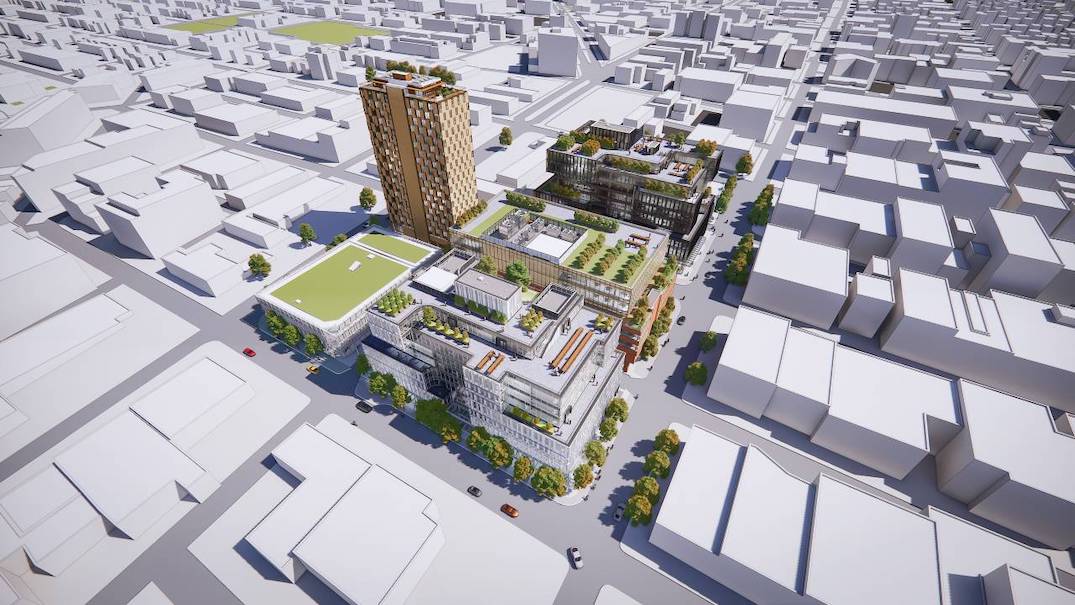 Upon completion in 2025, M4 will be the fourth building in the campus.

M1 was the first overhauled building, achieved by renovating the former RBC processing and storage centre, which reopened in 2019 as a WeWork co-working location and an expansion office of Hootsuite.

M3 is an existing office building with Hootsuite’s second office location, and it will undergo major renovations and a vertical expansion.

M5 at the campus is envisioned to be a 21-storey experimental mass timber residential building with 216 below-market rental homes. Over the longer term, Westbank is considering an additional second rental housing tower by potentially redeveloping M1.

Other sizeable redevelopments by other developers are planned for the immediate area, including a 12-storey mass timber building with 196,000 sq ft of office and creative industrial space to the south, and a mixed-use redevelopment of City Centre Motel to the east. 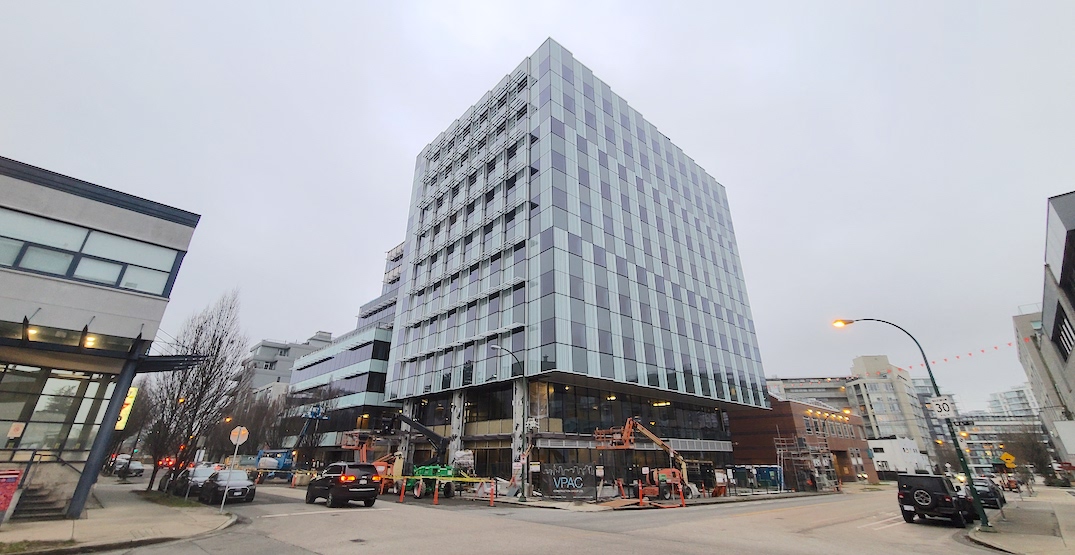 Construction progress on the M2 building at Main Alley campus, as of January 15, 2022. (Kenneth Chan/Daily Hive) 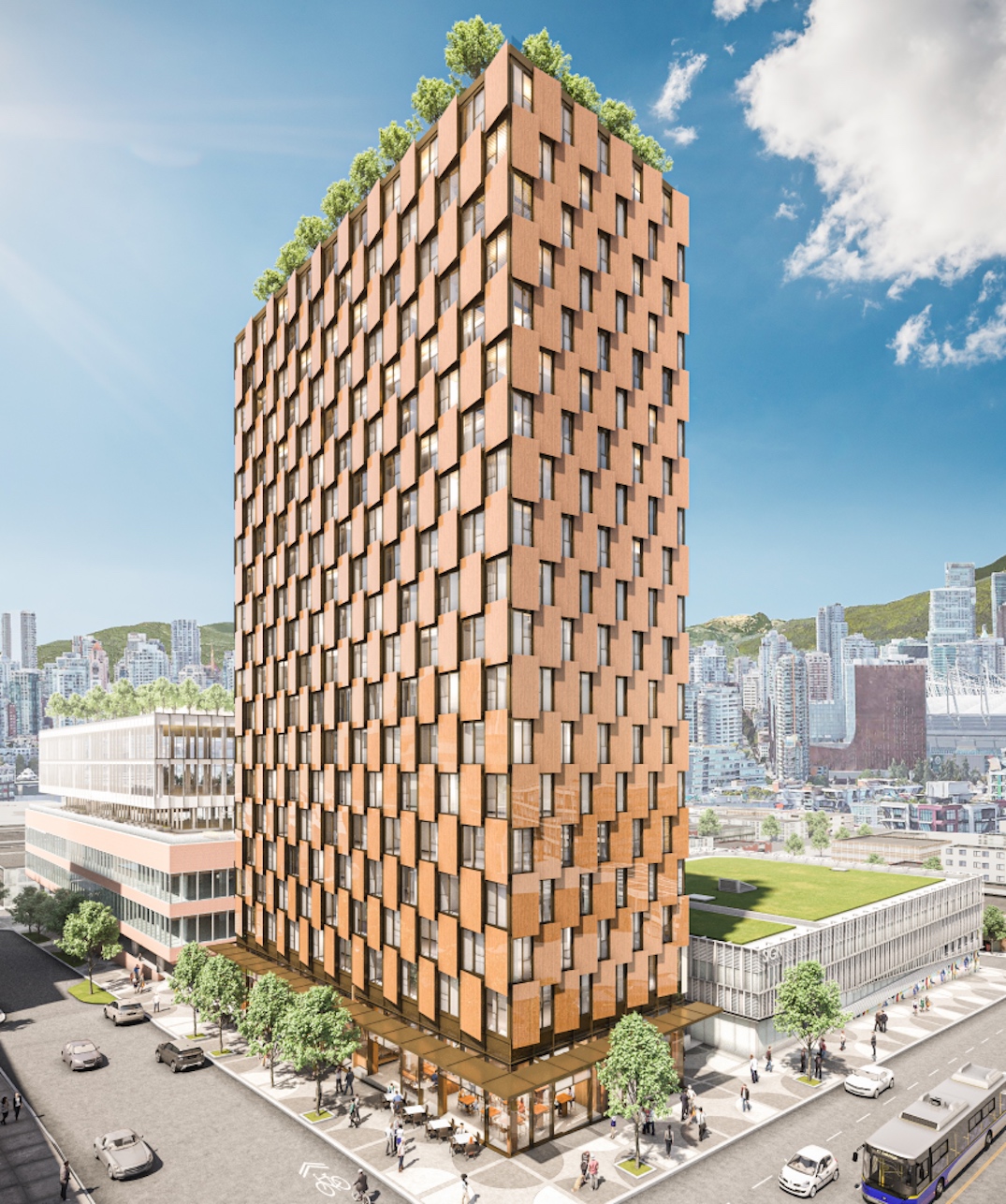