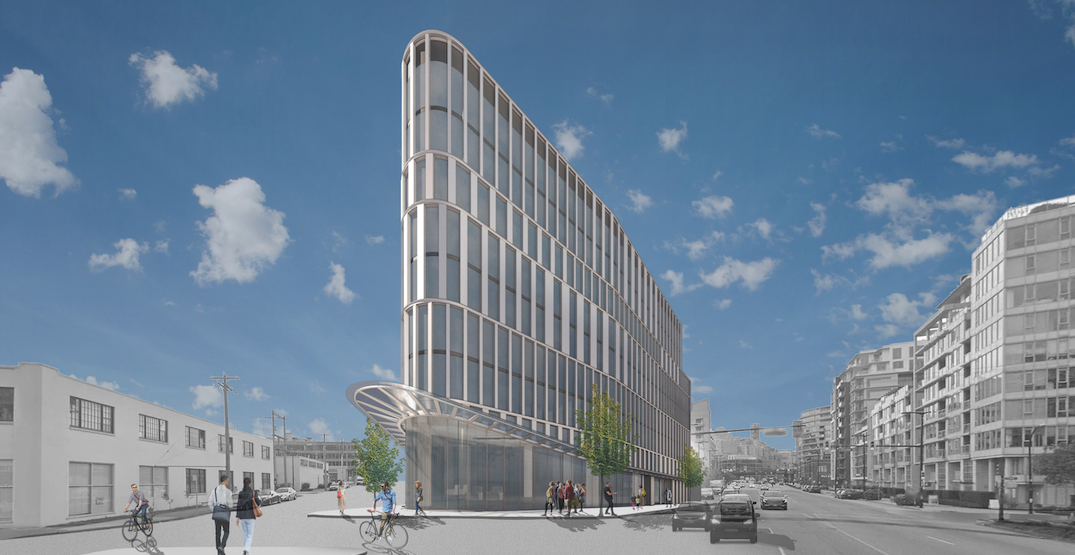 A mixed-use, employment-only building is proposed for a uniquely trapezoid-shaped property at the corner of West 2nd Avenue, West 3rd Avenue, and Alberta Street, right on the northern border of Vancouver’s Mount Pleasant Industrial Area.

Strand Development and Yamamoto Architecture are proposing to redevelop 360 West 2nd Avenue into a seven-storey building, containing 37,554 sq ft of creative manufacturing space on the first two levels, and 75,100 sq ft of office space mostly within the upper five levels. 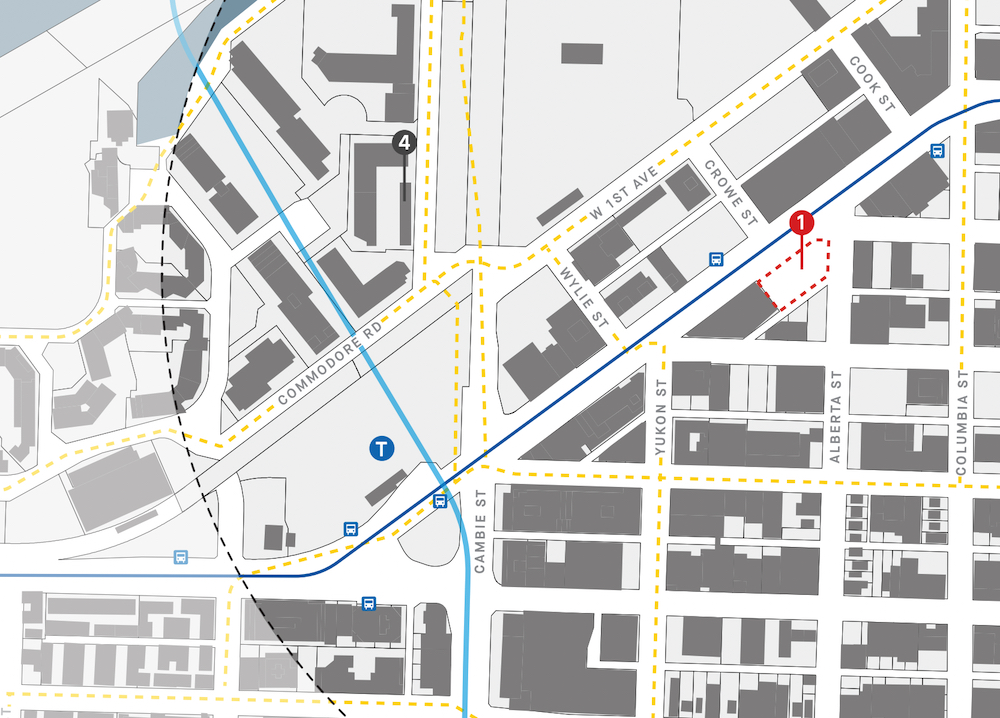 In 2019, the developer submitted an initial application calling for a new four-storey building with the same type of creative industrial and office uses. The total floor area of the previous proposal was about half the size at 56,000 sq ft.

But in October 2021, Vancouver City Council approved a rezoning of the site to permit significantly more office and industrial density, accomplished through added height. This approved rezoning is part of a larger strategy of intensifying employment space on the northern edge of Mount Pleasant Industrial Area — along a five city block stretch of the south side of West 2nd Avenue between Yukon and Quebec streets. No residential uses are permitted within this employment-only protected area. 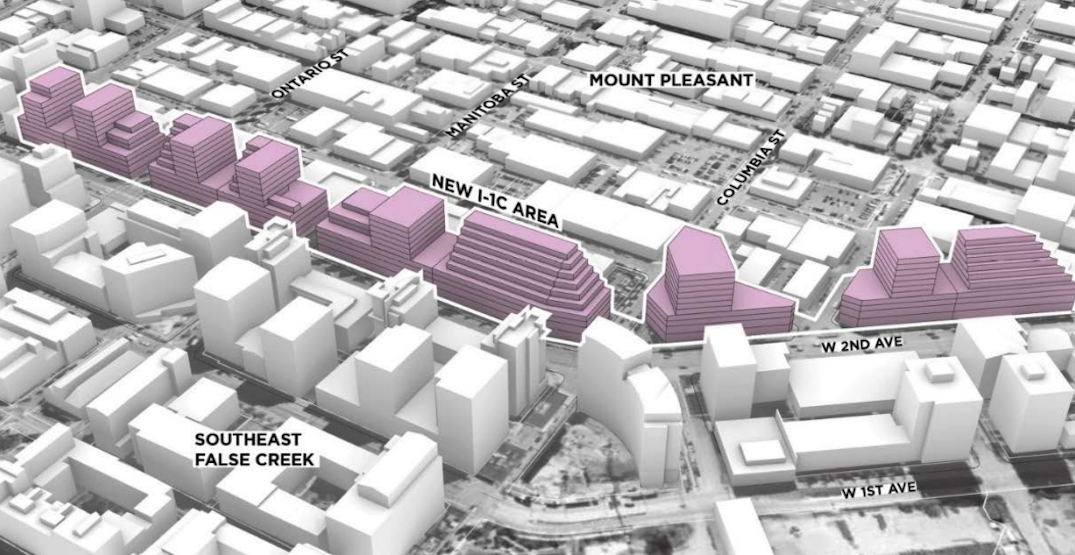 Employment densification changes along the south side of 2nd Avenue between Yukon Street and Quebec Street within Mount Pleasant. (City of Vancouver) 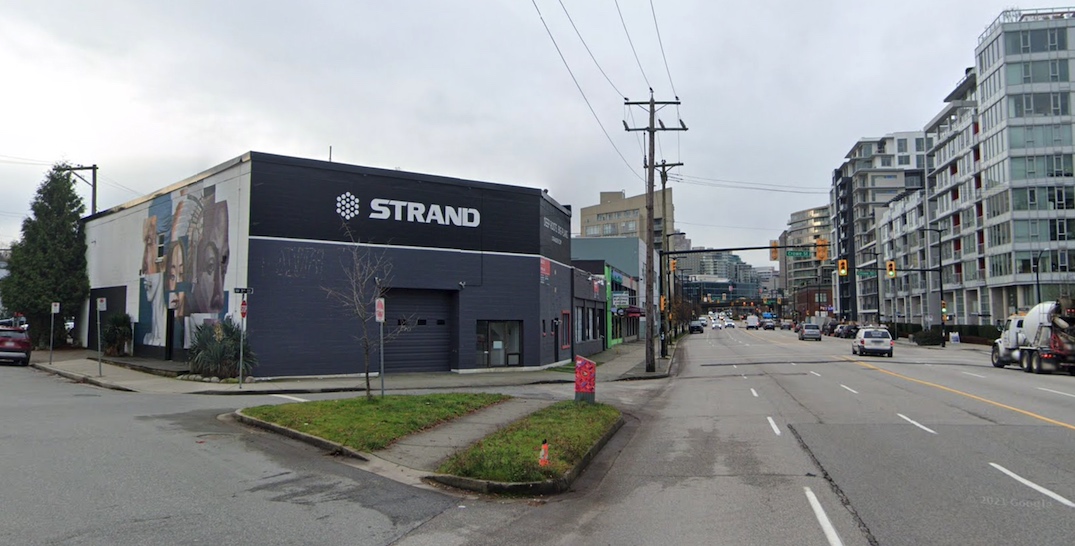 2019 proposal of a four-storey office and industrial building: 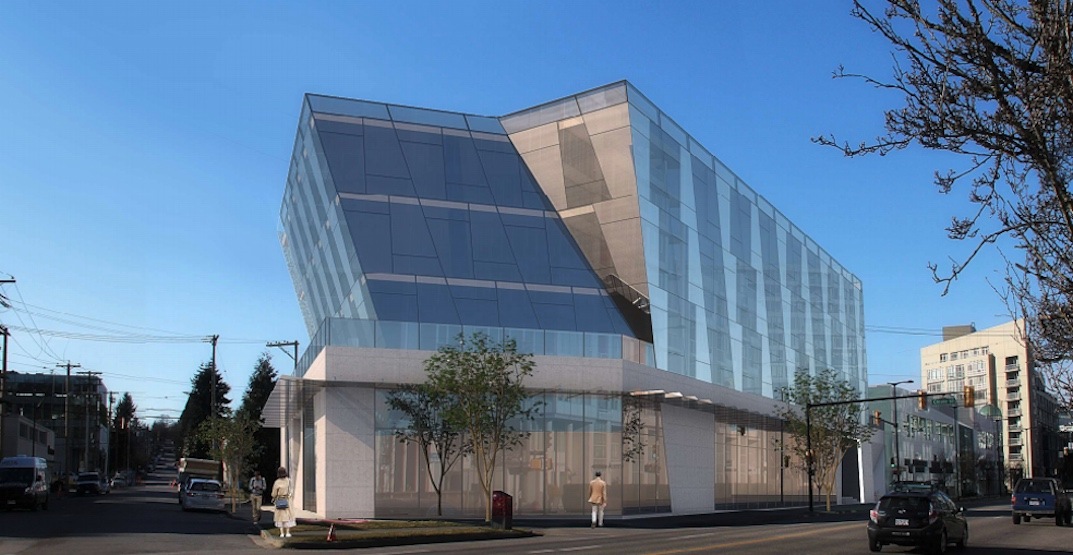 2022 proposal of a seven-storey office and industrial building: 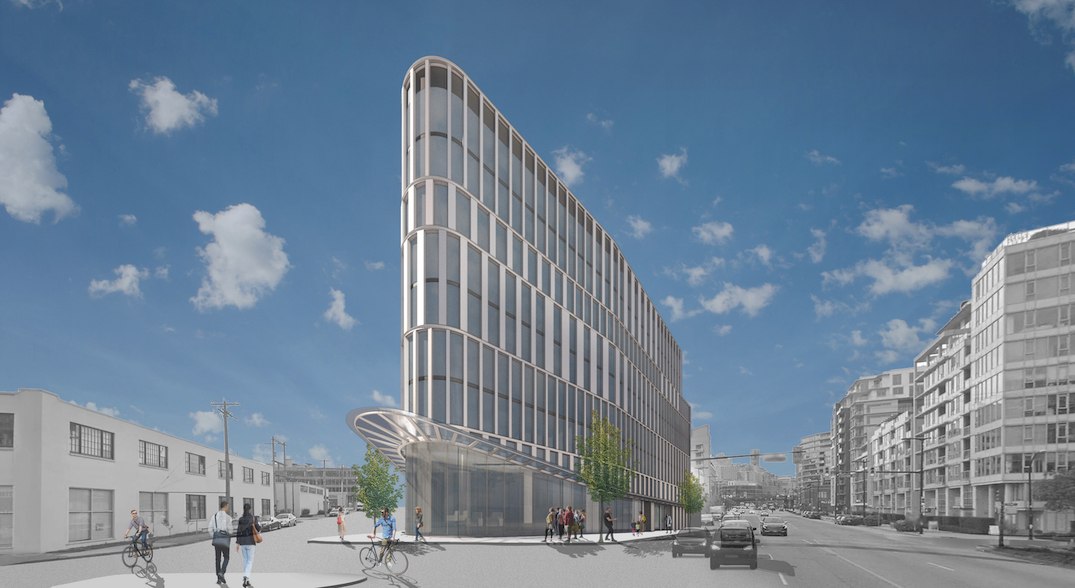 The new seven-storey proposal for 360 West 2nd Avenue establishes a striking flatiron corner for the three-street intersection on the easternmost end of the building. The rooftop includes an outdoor amenity space for building workers, as well as a green roof.

Currently, the property is occupied by several one- and two-storey commercial buildings.