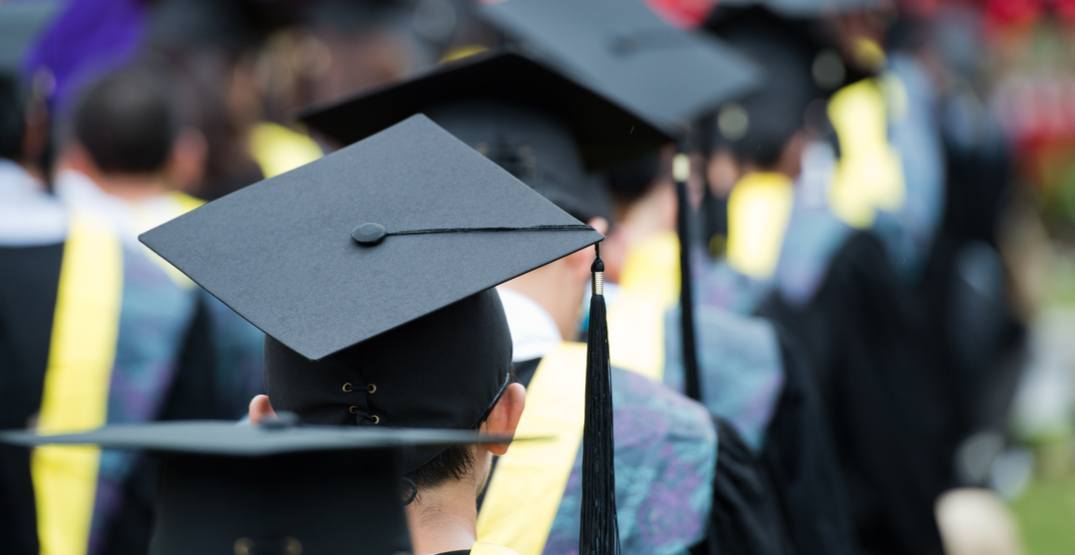 Less than a week after BC Liberal Leader Andrew Wilkinson called renting “a wacky time”  and a “fun part of growing up,” a new recording has surfaced of Wilkinson appearing to object to the BC NDP government’s decision to eliminate the interest from all BC student loans.

“I think we have to be a little bit concerned that any loan that carries no interest encourages people to go into a lot of debt,” he said. “And students may get carried away with debt.”

He recalled that when he was the minister “responsible for the universities and colleges,” he came across students “who had run up $80,000 in debt and they had no way to get out of it.”

The concern with interest-free loans, he furthered is “why wouldn’t you just go and borrow as much as you possibly can? And then why would you ever pay it back?”

Wilkinson’s comments were sourced to an appearance on Red FM which aired on February 20, and the clip was tweeted by NDP MLA Ravi Kahlon on Monday.

The Liberal leader’s take on student loans drew ire from others on Twitter, including members of the NDP.

WOW. Well…it’s clear the BC Liberals would bring back interest on student loans if ever given the chance to form government again. Wilkinson says that charging interest on loans protects young people from going into too much debt. 🤦‍♀️ https://t.co/3xKCcuhibL

Wow; has he never talked with students? Student loan debt is crippling.
BC students advocated for elimination of interest rates for years; Libs ignored, @bcndp acted.
Students are finally getting some relief: starting last month, no one pays interest on BC student loans. https://t.co/7qr3Vd1x75

#SoOutOfTouch Wilkinson fails to understand that eliminating student loan interest levels the playing field for students with less money. Why should they pay more for the same education? #wackytime #BCpoli https://t.co/9a5r1SPE0f

God forbid I get carried away with…

The mental gymnastics he must go through daily to justify his constant out of touch statements must be exhausting. I guess when he said the BC Libs needed to stop preaching at 30000 feet he meant they should preach from somewhere in space. https://t.co/vKlzJVxj34

One day @Wilkinson4BC might realize the students racking up that much debt are doctors, lawyers and similar professions who contribute SO much value and talent to our province. Why punish them with interest?!?! #bcpoli

Yes…because accruing interest is the ONLY consequence to not paying off a student loan. Ever heard of credit scores @Wilkinson4BC? #thinkaboutit #bcpoli

Ummm, Student loans are very specific, and to have a student who needs 80k for tuition also pay interest to the government on top of that puts them in EVEN MORE debt. Interest is not an incentive to pay money back, it is a charge to borrow. This logic makes no sense. https://t.co/Zt0X1YaOJM

That’s right Andrew, #BC students just LOVE soul crushing student debt. The only thing that keeps them from racking up “as much as they possibly can” is that pesky interest!#nailedit #bcpoli #bced https://t.co/mGSnj8DhKw