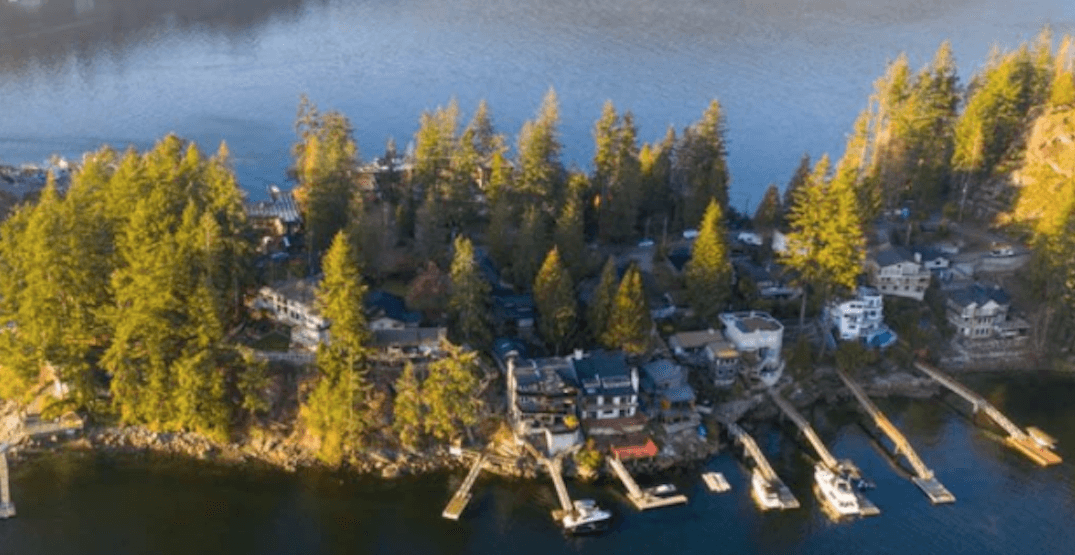 After coming under fire and being called “out of touch” last week for referring to renting as “a wacky time “ and a “fun part of growing up,” BC Liberal Leader Andrew Wilkinson appeared to fan those flames with a tweet that took aim at BC’s new speculation tax.

“John Horgan and the NDP are ignoring brokenhearted families who have had cabins for decades,” he wrote. “Their unfair #speculationtax means these families may lose those special homes.

The tweet features a video clip of the community of Belcarra’s mayor who talks about how people in his community, many with homes which are water-access only, are “terrified” they will lose cabins that have been in their family for generations, thanks to the new tax.

John Horgan and the NDP are ignoring brokenhearted families who have had cabins for decades. Their unfair #speculationtax means these families may lose those special homes. Hear what Belcarra Mayor has to say in the video below. #bcpoli pic.twitter.com/j5ApsoaPQ5

The tweet itself might have been shrugged off, had it not come the day after Wilkinson had made remarks in Victoria, regarding his take on the rental situation in the province.

“I was a renter for 15 years. I lived in a dozen different rentals,” he said. “It was challenging at times, but it was fun.”

He added that being a renter is a “rite of passage” and “part of growing up and getting better.”

“We’ve all done it,” he added. “It’s kind of a wacky time of life, but it can be really enjoyable.”

As such, Wilkinson’s tweet about “brokenhearted” cabin owners the day after these remarks was not received well.

Yes I’m so sad for people struggling to afford their vacation homes :/ Hey how about they RENT instead? Apparently you think it’s so fun and awesome.

Seriously!!? Trying to generate sympathy for people who can afford a second home less than 48 hours after suggesting that people struggling to pay rent are having wacky fun. #DiggingaHole #WackyTime #bcpoli #outoftouch

And there I was worried that nobody is looking out for all these millionaires. Thank you so much @colemancountry and @Wilkinson4BC !!

“But however will we summer in the country?” This is Wilkinson’s idea of hardship.

#WackyTimes! So funny how you’re so easily favouring the top 1% and shoving the majority of British Columbians to the curb. Thanks for showing your true priorities. #bcpoli #housingunaffordability

So does this mean they will need to rent a vacation home? Wacky!

You always pick the wrong people to champion…
Your lack of political instinct always astonishes me…
Next time, why don’t you bring on the guy who wants to buy a Bentley to talk about how unfair it is he will have to pay 20% PST? #bcpoli

Second homeownership is such a wacky stage of life.

This is amazingly tone deaf given the “Renting is wacky” trainwreck this week.

Really got the common touch, don’t you?

Oh no , someone that owns a second home might have to give it up says rich people, while BC has a major homeless problem

Did you tell them it’s just a wacky moment and a rite of passage?

Boo hoo! It’s like saying you can’t afford your second Mercedes and have to look for a Honda instead ☹️

“Brokenhearted” is a ridiculous description because a few dollars in tax has to be paid. Wilkinson is so hilarious with his attempts to sling political mud because he is so far removed from what the average person is dealing with.

This tweet is almost comical. Life sure seems tough for all these people with multiple homes… But, humor me here, what about those residents who can’t afford to buy even one home? Or those who struggle to pay rent due to astronomical increases in recent years? #bcpoli

Awww those poor people that can afford two homes in Metro Vancouver. #WackyTimes

Just wondering why you’re not telling cabin owners to get jobs to earn more so they can afford their cabins?

Don’t worry, it’s just a right of passage for them😂🤷‍♂️

I nearly lost my actual home because of your government’s policies. And I was renovicted courtesy of the BC liberals prior to that. people with cabins thought I should work harder, so yeah, cabin people should work harder or sell because if you can’t afford it, you can’t keep it.

This coming from a person who is so out of touch with reality with his opinion of how “renting” is a phase and is fun. Clearly, Andrew has zero connection with people who rent homes, some by choice and other not.