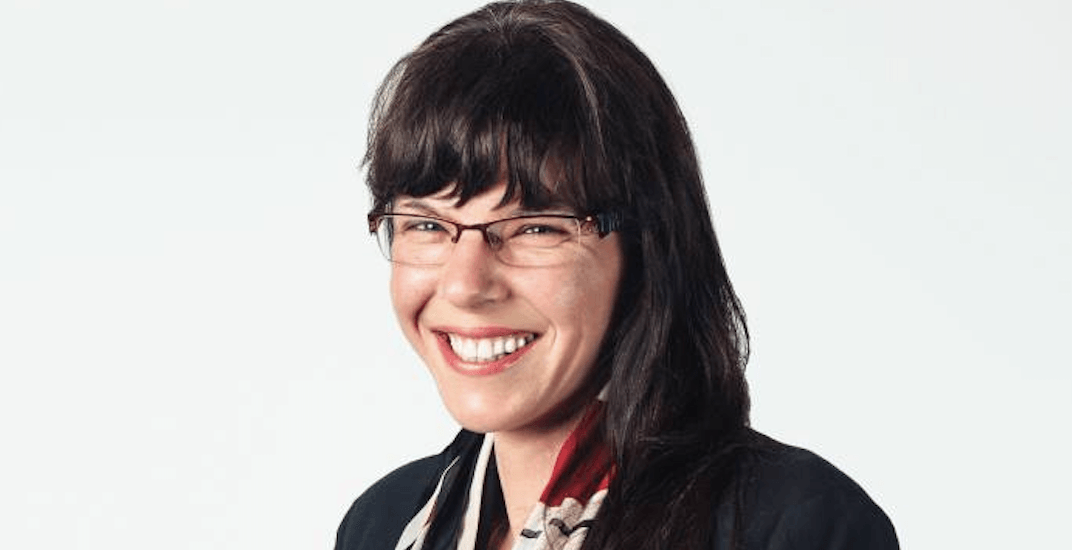 After telling Daily Hive earlier this week that she was giving the idea of a mayoral run some “serious consideration,” Vancouver City Councillor Andrea Reimer announced on Friday morning that she will not run for mayor.

“The internal polling is pretty clear that an independent can’t win and lots of people are asking me to reconsider my original decision.”

Reimer said she “owes it to them, and to the city, and agenda I have worked hard for almost two decades now to seriously consider, so that is what I am doing.”

The move comes after Vision Vancouver’s mayoral candidate Ian Campbell announced he was pulling out of the race earlier this week, leaving the party without a candidate.

Last fall, Reimer, a four-term city councillor said she had decided not to seek re-election when voters head to the polls next month.

Reimer’s  full statement is below:

Considering whether to run for as Vision Vancouver’s candidate for mayor was not what I thought I would be doing at this point in the 2018 municipal election campaign. But you don’t get to choose the times you are in, only how you respond to them.

Many people have sent me personal messages over the last 48 hours encouraging me to take the plunge and run, so many so that I haven’t been able to answer them all so please accept my apology here if yours is one that hasn’t been acknowledged. Getting all these messages has been humbling, validating for both the work I’ve done in the community over the years and the way I’ve tried to do it. It’s hard to find appropriate words to say thank you.

Of course, not everyone who wrote me was positive but I’m thankful for these also, as they are evidence of a care and passion for Vancouver that is the lifeblood of a healthy democracy and a great city. As those who know me well enough to see my rare moments of despair know, these are reserved for times when it appears that care and passion is waning in Vancouver, so even the negative messages have been validating in that respect.

After very carefully weighing this decision, there is no question that it weighs towards running if taken simply on the merits of what’s best for the progressive policies I’ve championed for the better part of two decades. At the same time there are two candidates running who echo substantial parts of some of the policies I’ve championed and while lacking a party backing makes it harder for them, another candidate won’t help.
So my decision remains the same one I came to in early 2017 (in case you missed it https://m.facebook.com/note.php?note_id=10155730441180690): after spending my entire adult life in service to the public, I need to take some time away from service and particularly public life. It feels terrible to say that as I’ve always put the community’s interest first but I know in my heart that I can’t keep doing the work I’ve been doing without some time to recharge, so I won’t be running in this election.
I am very grateful to the strong group of council, school and park candidates who have stepped up for Vision Vancouver and other progressive parties, as well as independents with progressive agendas. Electing progressive majorities to council, school board and park board is essential to keep Vancouver moving forward at a time where so many democracies are moving backward.
As for my time after I leave office, as some of you know a few months back I was awarded a fellowship from Harvard to study urban policy and democracy at the Graduate School of Design. This is a great gift of education and time for reflection to anyone but especially to someone like me who does not have a formal education. It’s a big and welcome change to being in the public eye that will allow me to reflect, re-energize and bring some new thinking to the more intractable problems Vancouver faces.
Thank you for all your guidance, wisdom and support in coming to this decision. Like you, I am left with the question of choosing a mayoral candidate to vote for who can keep moving social, economic and environmental justice forward. It’s not an easy task and I can sympathize with the challenge we all have between now and October 20.