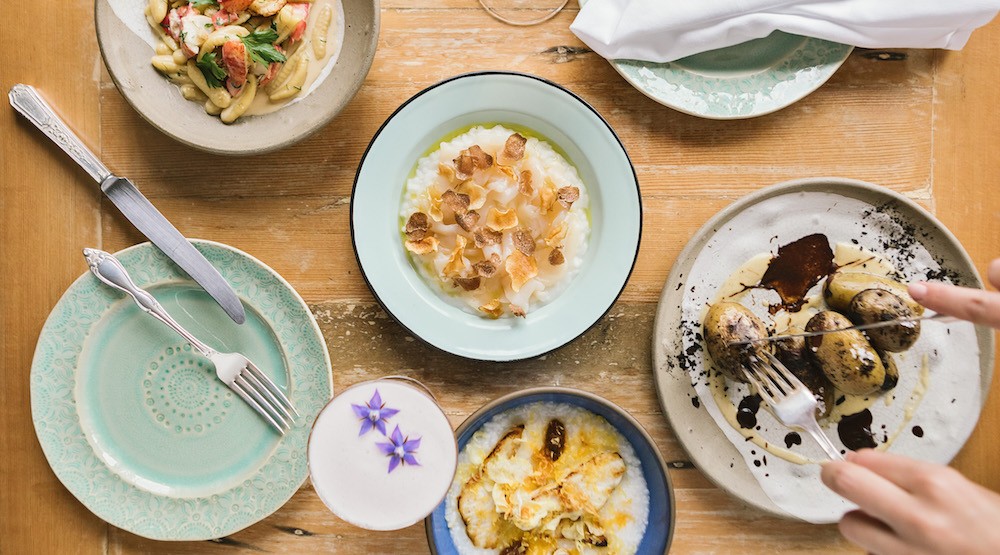 For Chef Andrea Carlson, food and restaurants are all about community.

One of the leading voices and talents in the “100 mile diet” movement that found Canadians striving to eat with the seasons and using ingredients that came from within reasonable distances from the dinner table, Carlson has been a significant force in the Vancouver dining scene, particularly since opening Burdock & Co and Harvest Community Foods. 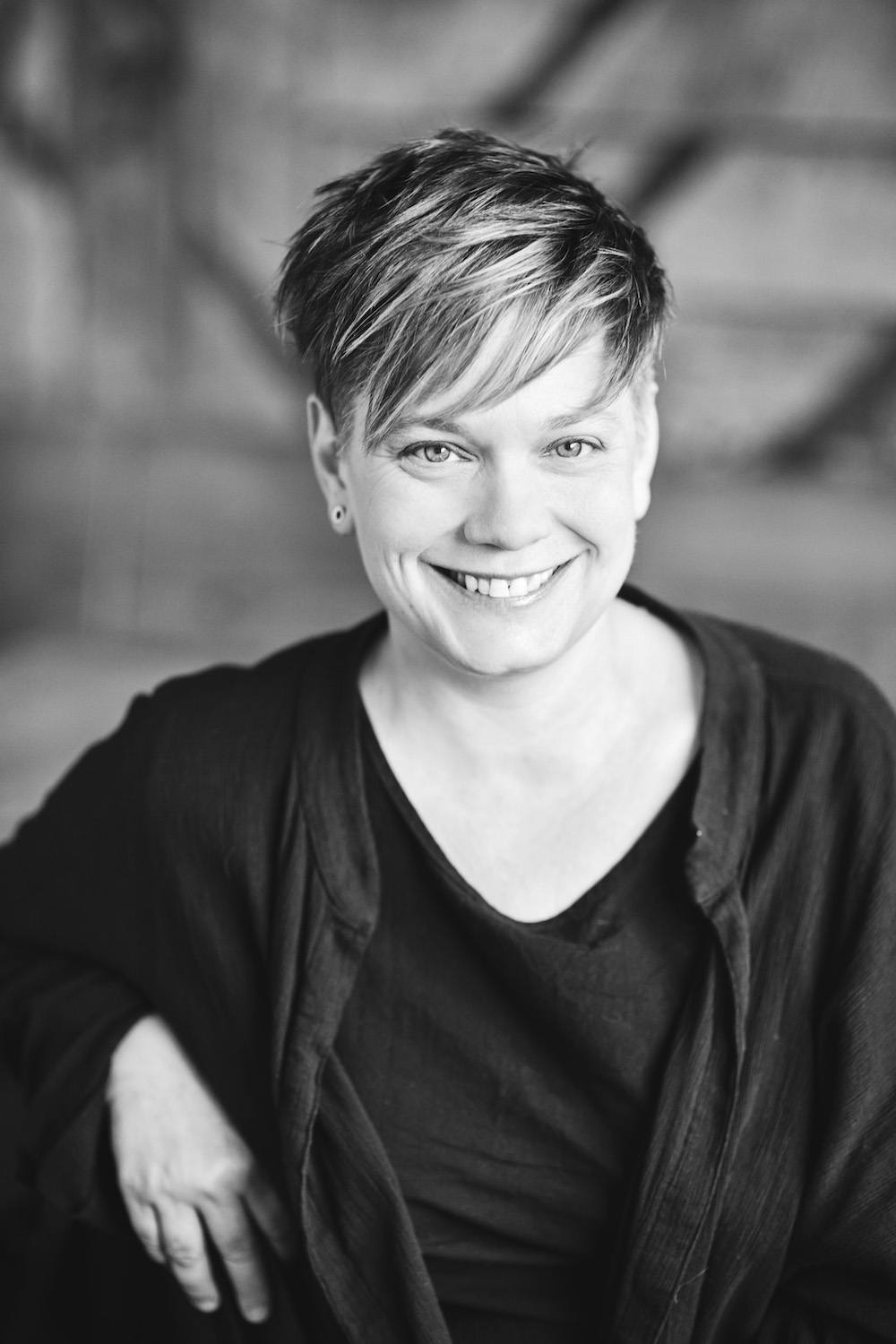 There are a lot of stereotypes and conventions that Carlson readily shrugs off, namely that her path was markedly different because of her gender, and that what she’s doing in the culinary world is part of a quote-unquote trend, i.e. “farm-to-table.”

Rather than look back on her journey as a chef to a chef-restaurateur from the rather myopic lens of what it was like for her as a woman, Carlson is quick to point to the power of her productive relationships with her mentors, peers, and the people that help her realize her vision from the ground up, like the growers with whom she’s enjoyed long-lasting professional ties.

Instead, Carlson has preferred to take her cues from the ingredients themselves and the power of collaboration and shared vision, and leads her kitchens and teams with what might be seen as an astonishing lack of ego.

“I’ve worked for chefs and in kitchens where there’s no input from staff,” Carlson explains one afternoon inside Burdock, as many members of her crew prep for the evening dinner service. Instead, the chef says, she runs things not as a dictator, but more democratically. Is this because she’s a woman? Hard to say.

“It’s just how I am as a person,” Carlson says. “It’s a better approach for everyone’s mental health and the conviviality of the team.”

The result is a kitchen where no one is yelling, and the lack of panic sometimes gives Carlson pause to step back in amazement at the “grounded and calm” atmosphere she is fostering in the workplace. 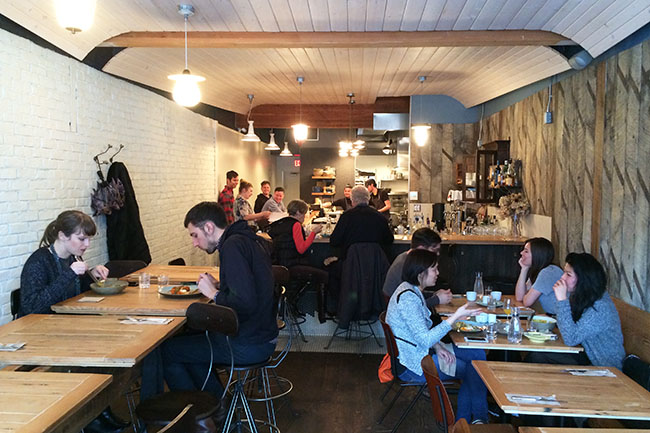 “It’s a really special environment that we have here, and I think that’s because everyone, all of the team members–front of house, back of house–everyone is included,” she adds.

And there it is again, that sense of community. Community, that particular c word, comes up again even as Carlson looks back at her road to opening Burdock, and how she happily found a more community-driven bank like Vancity when it came to financial backing. (Did you notice “community” is even in the name of her second restaurant, Harvest Community Foods?)

Food is, indeed, a great gathering force. Still, within the world of food comes the range of eaters, producers, and attitudes about what we eat. For Carlson, being as close to the ingredient as possible is key.

In fact, Carlson says she can look back on her time cooking at the Sooke Harbour House, and when the farms they worked with were just a “literal stone’s throw away,” as being when she not only became tapped into “the value and potential of eating locally,” but also “the crux of motivation” for her moving forward in the culinary industry.

At the time, though, the “eat local” movement was weighed down by a perception of elitism. “Eating those types of foods was something that was only seen in the high-end and fine dining restaurants,” points out Carlson.

And so Carlson became part of the shift, helping to–borrowing a term we’ve come to embrace in our current lexicon–normalize eating organic, locally-sourced foods prepared simply and respectfully. 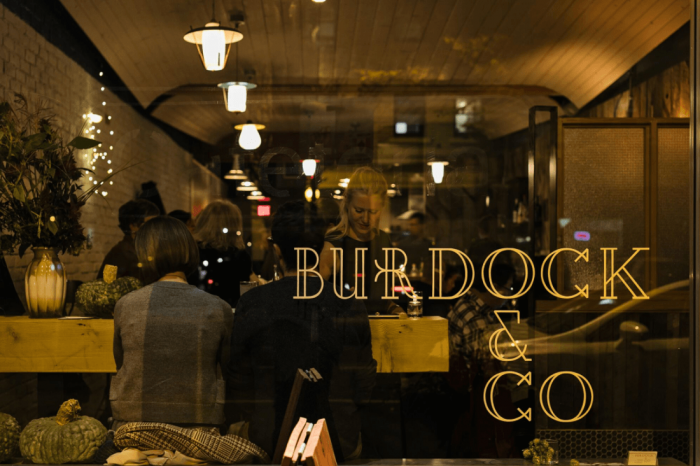 In turn, that’s the philosophy she and life and business partner Kevin Bismanis have put at the foundation of their restaurants. It works, too. Burdock & Co could easily be a prototypical neighbourhood spot, with an approachable price point, a “please come again,” customer service vibe, and a gently ever-changing menu that gives diners an excuse to come back to taste something new that’s prepared by hands they’ve come to trust.

While Vancouver, like all major global cities, is grappling with how to manage the appetites of a trend-chasing new-next-now Instagram-centric dining population, Burdock & Co and Carlson have their eye on being something beyond the trend.

“The Vancouver dining scene is so diverse, and has grown so much. It’s really good to see more and more small, independently-owned restaurants opening–smaller places that have a price point where you can afford to eat out more often,” observes Carlson.

“The farmers’ market scene has really grown so much, too, and it has influenced the dining public,” Carlson continues. “Diners get to know the growers and artisans that are part of this community. They’ll recognize the name of a grower on the menu, or one of our plates because they’ve seen it in the artisan’s shop. It’s really cool that people are making all of those connections, and they can see that this restaurant is built on those connections.”

Carlson says she’s never wanted to emphasize that her food or restaurant is “farm-to-table,” in part because philosophically to her that is what food is meant to be, but also because using a label like that can push what they’re doing into “a trend category.”

“Vancouver is a very trend-driven city for sure, and that is where the value of regulars come in in our favour,” adds Carlson.

For Carlson, cultivating a regular clientele means providing what she calls an “authentic experience,” that spans the food and to the front of house staff. Thankfully, Carlson can lean on a team that she recognizes as being as passionate about what they do, from the cooks to the hosts to the sommeliers, as she is about food and restaurants. 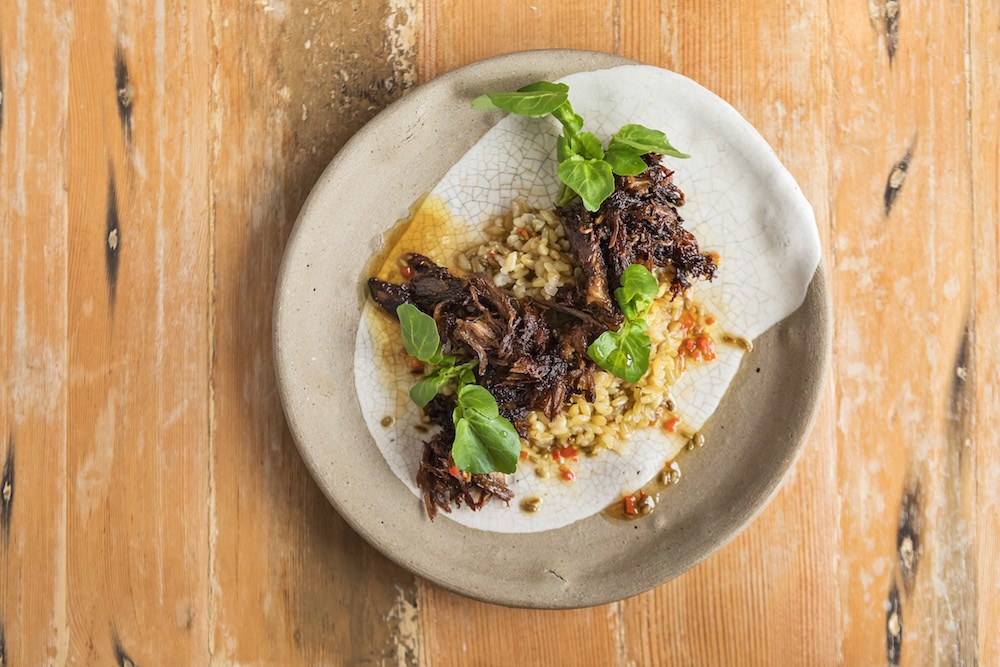 Trends do drive a lot of the restaurant industry, mind you, and Carlson acknowledges that they’ve come to accept that some customers find a term like “farm-to-table” a more digestible identifier for a restaurant that may not otherwise be so easily defined. Even a term like “organic,” which applies to the food and wine you’ll find at Burdock & Co, comes with a side of consumer of fatigue.

Still, Carlson is sure-footed in her beliefs, though she doesn’t need to shout it.

“For me it’s not a trend, it’s literally, honestly a way of life. It’s not even political. Once you know the growers, it’s personal.”

Carlson has made it a point to make it personal, from her earliest years in the industry, to her work in well-respected Vancouver restaurants like Raincity Grill and Bishop’s, and to now, as she is at the helm–with her team–of Burdock & Co, Harvest Community Foods, and a series of forthcoming projects just getting off the ground.

It takes a village to raise a child, and in many ways, her restaurants are like children being raised by Carlson and her partner and team, with the help of the extended village of customers, farmers, artisans, winemakers, and other purveyors whose fingerprints touch the projects.

Ultimately it comes down to what Carlson loves so much about what she does, and what opportunity her restaurants accord others: “The celebration of eating with people.”

“The sourcing, integrity, and enjoyment of the food…the community of eating together is something that’s never going to go out of style, I hope,” adds Carlson.