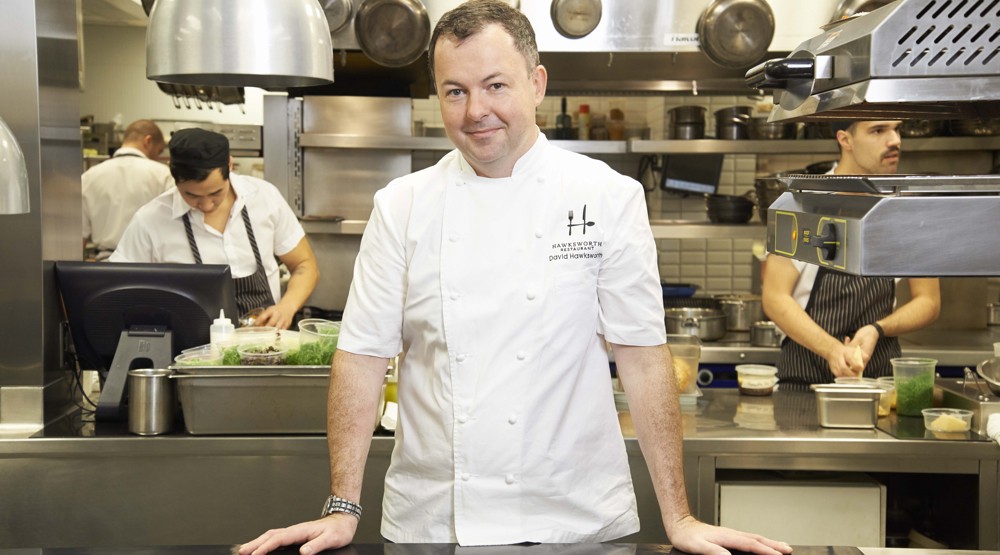 In British Columbia, we live amidst a wonderland of ingredients native to the region, from the coastal waters to our robust agricultural landscape. It’s no wonder chefs so readily draw inspiration from our land and sea, creating beautiful and delicious dishes that draw acclaim and honour their source.

To bring so much of BC’s bounty into the light, Vancouver-based chef David Hawksworth is taking food lovers on a journey through a new video series in partnership with Telus called “Origins,” that finds him exploring the province with family, friends, and fellow food folks of all kind. These growers, fishers, foragers, and chefs are the faces of where our food really comes from.

Hawksworth, who brings us into his own world in the videos, shows us how food brings him and his wife, Annabel, and nine-year-old son Heston, together, and also gives viewers an intimate look in the first episode behind the scenes at his second restaurant, Nightingale, which opened in the spring of 2016.

We had a chance to talk to Hawksworth about the videos, the power of ingredients, and how food shapes our lives.

Tell us the about the origins of the “Origins” series?

It started many years ago. We have our Hawksworth Young Chef’s scholarship, and we ended filming that and doing a mixture of interviews with chefs. Telus has been a great supporter of us, and wanted to highlight some things in British columbia, and we thought it would be a great opportunity to celebrate what’s going on here in BC.

What are your memories of falling in love with ingredients, when you really discovered the power of working with fresh ingredients?

It was probably when I was cooking over in the UK, and when that became quite serious–like when you get a perfect girolles [a kind of mushroom], or truffles, or getting to experience grouse–August 12 is the start of grouse season in the UK–and anytime you get product that’s in it’s prime, or when you catch your first wild salmon, those are those kinds of moments for me.

What are some of the ingredients you’ve been enjoying bringing in, transforming, and working with during and since making the video series, especially as Nightingale has really taken flight this past year?

Getting to know a lot of the local farmers…[Nightingale Head Chef] Phil [Scarfone] has done a great job of being able to source from people who are planting it for us, picking it for us, and delivering it to us, like UBC Farm, or farms in the Fraser Valley that are growing all-organic, and that’s been just fantastic. A lot of the vegetable components have been great. 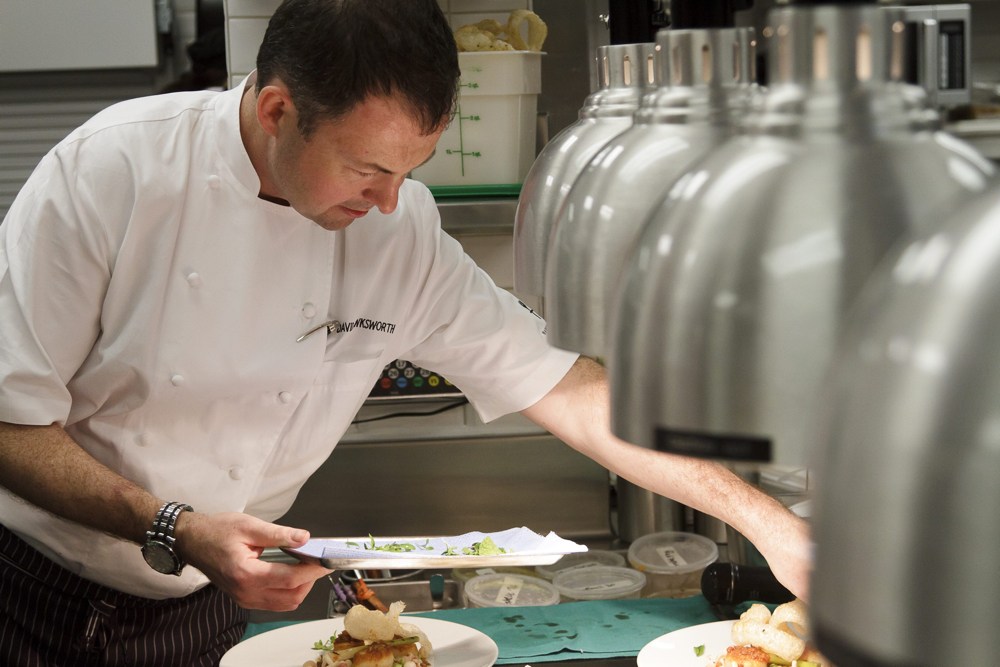 What do you think about more diners being vegetable-focused? How are you responding to the trend?

I love it. For a very long time it’s been meat focused or protein focused. And given the right treatment, vegetables can be way more satisfying than any piece of steak. It’s just a cleaner feeling when you’re eating mainly vegetables, and I quite enjoy that. And people don’t even realize they haven’t had meat. They’ve had some pizza, some salads, and a few of the vegetables, and they haven’t had chicken or steak, and that’s kind of fun.

What are the ingredients that you see as BC’s hidden gems, that people should be getting more tapped into?

We have a great wild mushroom situation going on here. Things like Dungeness Crab, and Bull Kelp. I fish a lot and always looked at that Bull Kelp, going “There must be something you can do with it.” So we’ve taken that kelp and dried it, and smoked it, and turned it into a powder–that’s got a really interesting flavour to it. We’ve wrapped salmon with it and done a salt bake with it wrapped in the kelp, and it protects the fish from the salt but it also adds a nice briny taste to it. There are a lot of really interesting things out there.

How can the rest of us get acquainted with these new flavours and ingredients?

They’d have to come to Hawksworth and Nightingale! Or go to Pilgrimme and try what they’re doing there. Or go out and do a little foraging yourself.

What did you learn about yourself as a parent, and a consumer, during the course of doing the video series?

I always try to get Heston into vegetables–he loves vegetables–but you learn how much sugar has really taken over the diet of so many people, and I struggle with that on a daily basis. Making sure he eats properly, healthily, and makes the right decisions. That’s pretty tough.

Getting him out there, seeing spot prawns getting caught, or we go salmon fishing–getting him involved in the whole process, that makes it far easier. If he’s out and getting lots of exercise and really hungry, he’ll eat a mountain of vegetables. Stopping the snacking is the key.

There are lots of undiscovered gems in BC, and lots of very passionate people. I want to see Canada get on the world stage for having great restaurants. Lots of people come up here traveling looking for good food, and we need to be able to continue being able to get great products up here.

Someone might have found a future summer job @steve_organicocean #hawksworthorigins

You ask a grower in the videos what he thinks is the next kale, but the question gets flipped back to you, but we don’t find out your answer. So I’m wondering: What is the next kale?

Brussels sprouts had a shot… Kale is pretty strong. It’s definitely going to be another vegetable. There are a few of them jockeying for position, but it’s unclear what it is. It could be seaweed…but maybe that flavour’s a bit too “out there.” But kale is unbelievable. It just won’t go away.

Yesterday, @chefhawksworth and @c1718 had the opportunity to share a part of Canada’s food identity with the Duke and Dutchess at @missionhillwinery. #Repost with @repostapp. ・・・ The Duke and Duchess sample the signature dishes of some of British Columbia’s top chefs at the #TasteofBC Festival held at Mission Hill in Kelowna #RoyalVisitCanada 🇨🇦 Image © PA