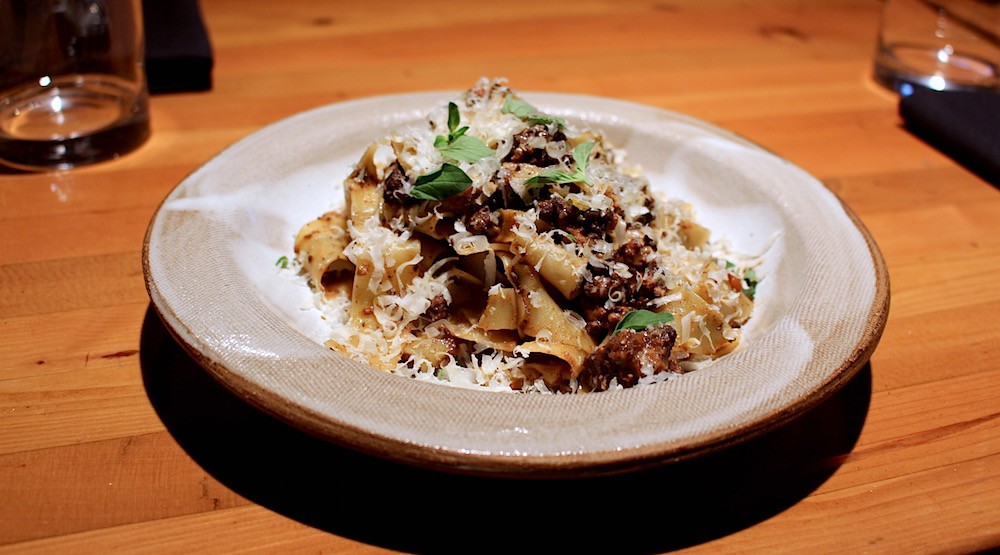 Dine Out Vancouver is an annual opportunity for restaurants to showcase what they do best, bring in a little post-holiday revenue, and connect with new and returning customers during its two week run of specially-priced set menus.

For Vancouver’s Edible Canada, however, it also seemed a perfect time to introduce an ingredient infrequently used on the west coast: Seal meat.

The decision to offer a pasta dish with a bolognese sauce made with seal meat is one that was not taken lightly by Edible Canada’s owner, Eric Pateman, and it’s one that has already caused a ripple among detractors and diners–even before Dine Out Vancouver, and the dish, has even launched.

Pateman says putting seal on the menu in part stems from the restaurant’s desire to mark Canada’s 150th birthday this year. “We really wanted to do something that showcased ingredients from coast to coast,” explains Pateman as we sat down to talk inside Edible at a recent lunchtime.

Having participated in Dine Out Vancouver since Edible’s debut, Pateman notes that there has often been a dish with a novelty factor on the event menu–for example they’ve previously featured what are known colloquially as “Rocky Mountain Oysters.” Their philosophy is “to always look for interesting things to play with that are iconically Canadian proteins,” and to “always do something that starts a conversation,” Pateman adds.

The seal meat that Edible Canada is using is the byproduct of Canada’s highly regulated, and scrutinized, seal hunt. It’s meat that otherwise would be discarded–left to rot–and meat that is not without a role in our nation’s culinary past, and present.

“Seal is the oldest hunted animal in the country’s food history,” remarks Pateman. It’s been part of the diet for populations on Canada’s east coast and in the far north, for centuries. Seal meat has “huge historical value, and a really big present context, in that this is the livelihood for many groups of Canadians,” continues Pateman.

There’s a vast misconception about Canada’s seal hunt, according to Pateman, much of it based on outdated animal rights propaganda about seal clubbing. The seal population has grown from two million to eight million in recent years, and using the otherwise discarded meat speaks to Edible’s mission to promote food sustainability and an ongoing conversation about the value of knowing where your meat comes from.

Pateman, who admits to have been the target of threats for his choice to put seal on the menu, attests that the detractors have been a small percentage of people who have reached out to him and Edible–many doing so at the behest of the Vancouver Humane Society.

Small, but vocal; some objectors have Tweeted at Pateman hundreds of times, says the restaurateur, who also spends a significant portion of his time working with the provincial government on promoting Canadian culinary tourism and who himself plans to participate in the seal hunt this spring in order to further his understanding of the issue and ingredient.

The restaurant has been working closely with the Vancouver Police Department to manage the threats, and are ready to handle any protestors who intend to have a physical presence at the restaurant during Dine Out, which runs January 20 to February 5.

Then again, Pateman says he’s also getting calls from chefs from around the country asking how they, too, can work with seal meat in their cities. 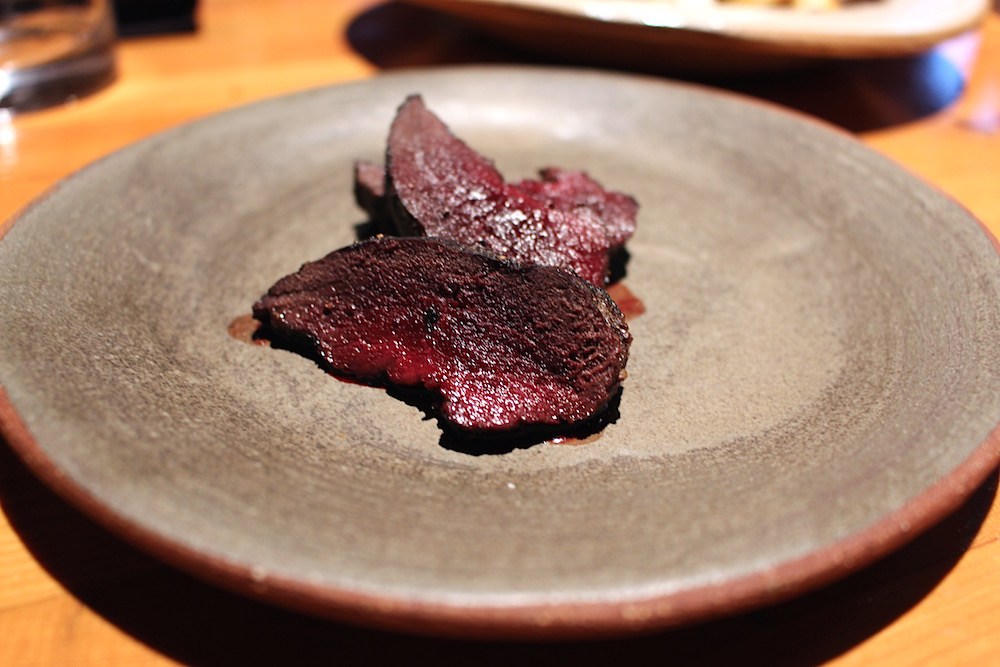 Ultimately, for Pateman, the seal meat hits Edible’s key requirements for any of the meat they serve: “Is it sustainable, is it ethical, and does it tell that Canadian story?”

“We’re a restaurant that serves meat,” says Pateman plainly. Elsewhere on their Dine Out Vancouver menu this year are dishes like rabbit from Quebec, lamb hearts from Alberta, and Rockfish from Haida Gwaii. Thanks to the positive feedback–even from some vegans who won’t eat the meat but support his choice to serve it–Pateman says they’re adding a simple seared seal loin as an “amuse bouche” option on the Dine Out menu, too.

“Historically seal meat’s been a traditional medicinal or religious  food, or it’s comfort food,” explains Pateman. Often served in preparations like stew or a hearty pie (Flipper Pie uses seal and hails from Newfoundland and Labrador), Pateman says he spent several months leading up to now doing private dinners and recipe testing to learn how to use multiple cuts of the seal meat, liver to loin, and to try out various preparations, like tacos and poké, for example.

What they wound up doing was a Papardelle pasta with a richly flavoured Bolognese sauce that features the seal meat in a way that neither covers it or nor makes it unapproachable. With a nod to Canada’s contemporary culinary tradition of mastering globally-influenced styles and techniques with local ingredients, Pateman says he and Edible’s chef Tobias Grignon were happy to do a dish with Italian roots.

And what does seal taste like? Before I try the pasta and the seared loin, Pateman describes it as “a cross between moose and ahi tuna.” Indeed, it is a deeper red than a venison, with a near fork-tender texture, and an overall clean flavour with a dab of ocean funk at the end. Just about all the provinces, by the way, classify it as seafood, even though seals are mammals. It’s a super lean meat (about 2% fat) with a big flavour.

Will seal be a permanent fixture on the menu? Possibly. “We’re a restaurant that cooks for our customers,” says Pateman. “If [seal] is popular, well-received, and requested,” then it will stay on, he adds. Edible’s staff will have keen eyes and ears on their tables to gauge feedback.

And Pateman knows he’s never going to change a vegan or vegetarian’s stance about their food philosophy.

“At the end of the day, I don’t think it matters what we serve or what we do, if you want to be confrontational around what it is that we are doing, you have a perfect right to do so, and we welcome your opinions.”