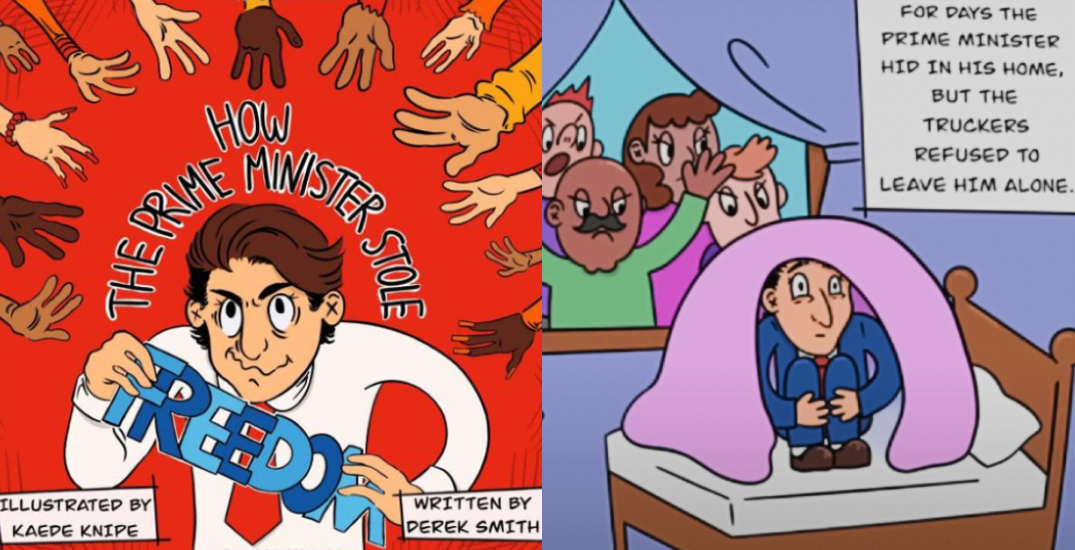 A Calgary-based Twitch streamer is on cloud nine after his parody book unexpectedly became an Amazon Canada bestseller — #1 on the charts.

Derek Smith, who describes himself as an “avid variety streamer of everything from retro to current,” wrote How The Prime Minister Stole Freedom, a rhyming book that depicts Canadian Prime Minister Justin Trudeau as the freedom-stealing Grinch, and the participants of the so-called Freedom Convoy as the heroes fighting against him.

Wow..didn’t see this coming. I honestly expected we would sell a few copies and be done. I did not expect this…https://t.co/hp1HdvN5Ze

The newly bestselling author tweeted on Wednesday morning that he did not see this coming. “I honestly expected we would sell a few copies and be done,” Smith wrote. “I did not expect this…”

On Amazon Canada, the description of the bestseller reads as follows:

In the city of Ottawa on Parliament Hill, the Canadian Government debate and pass bills. Every person in Canada liked freedom a lot, but the Prime Minister who ran the country did not. He took everyone’s freedoms and locked everyone down tight. It seemed like the lockdowns had no end in sight. Until one day, Truckers became very annoyed, so they decided to form a freedom convoy. Will the Prime Minister be let off the hook? You’ll only find out if you read this book.

“Just wanted to say again this was for people to have a laugh,” tweeted Smith after garnering media coverage and social media attention for his book. “Let’s respect both sides of opinions! That’s what makes us #Canadian. Love you all thank you for everything.”

“Freedom Convoy” protests erupted across Canada earlier this year. Fleets of trucks occupied the capital city of Ottawa, paralyzing it for days on end and detrimentally affecting businesses and the Canadian economy.

How the Prime Minister Stole Freedom was independently published on May 24, and currently has a four-star rating on Amazon Canada, with mostly positive reviews from readers.

“Exactly what we needed to commemorate the most peaceful protest ever held!” said one reviewer. Another called it an “extraordinarily accurate depiction of real events despite being a parody,” adding that it’s a “great way to explain what happened in Canada to the kids.”

Most reviewers stressed the importance of “pass[ing] this book down generations for all to read.” But a few disagree.

“Don’t subject your children to more psychotic propaganda,” one Amazon Canada shopper said, calling the book “Proud Boys propaganda.” Another accused the creators of the book of racism and fascism and said they “just like to sell garbage to people who consume it.”

On Monday, Smith teased that he might consider writing a similar book on NDP leader Jagmeet Singh next.

What do you guys think, should we roast @theJagmeetSingh next? Maybe we will land another #1 book on #Amazon lol! #cdnpoli #sorrynotsorry #Canada #BestSeller #TrudeauIsDestroyingCanada pic.twitter.com/3yryBj4s7T