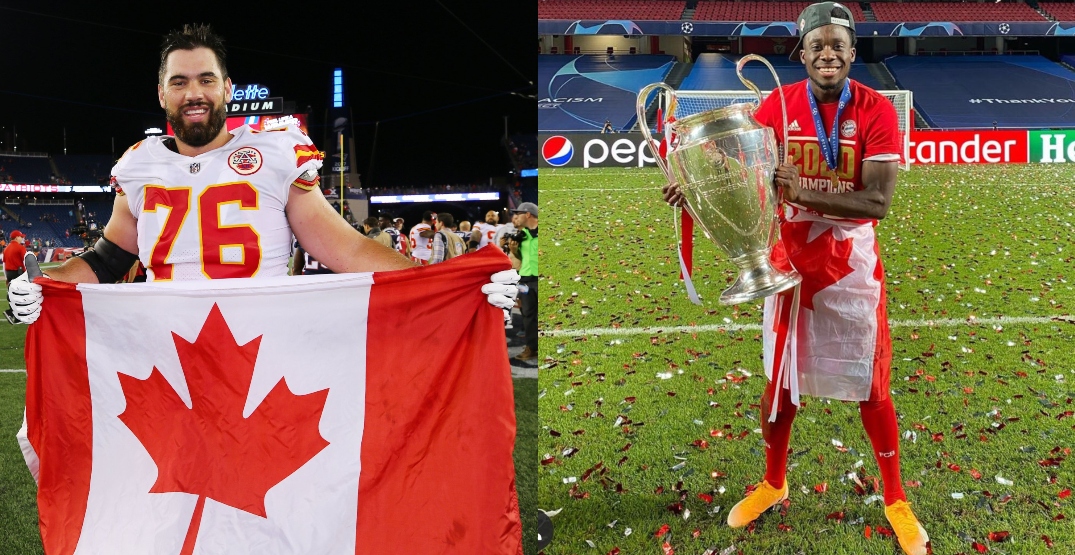 For the first time since 1983, two athletes will share the Lou Marsh Trophy this year.

Davies had the more impressive athletic feats this year, starring for Bayern Munich in Germany, helping his team win the Bundesliga and Champions League titles. The 20-year-old former Vancouver Whitecaps star from Edmonton is now one of the most valuable soccer players in the world.

“I am truly honoured and humbled to have been selected as the co-winner for the 2020 Lou Marsh Trophy,” said Davies. “Canada welcomed me and my family and I am grateful for the opportunity to realize my dream of being a professional football player and representing Canada on the world stage.

“Congratulations to Laurent Duvernay-Tardif on his selection and for an incredible year and thank you to all of the media who voted for me. In this challenging year, it is nice to know that we were able to make Canadians proud with our accomplishments on and off the field.”

This year has been a rollercoaster and I’m very happy to be able to share the Lou Marsh with another deserving winner @LaurentDTardif. It hasn’t been an easy year for many Canadians & we hope we were able to bring some happiness to you with our accomplishments this year 🙌🏾#AD19⚡️

It was an appropriate decision during the pandemic year to also award the trophy to Duvernay-Tardif, an NFL lineman who won a Super Bowl with the Kansas City Chiefs in February.

But Duvernay-Tardif isn’t winning this award because of his play on the field. The Mont-Saint-Hilaire, Quebec native returned home during the pandemic, trading his football pads in for hospital scrubs.

A medical doctor, Duvernay-Tardif opted out of the 2020 NFL season so that he could instead help out at a Quebec long term care facility.

Humbled to win the Lou Marsh Award with @AlphonsoDavies one of the greatest athletes Canada has ever produced. pic.twitter.com/akoDMl5mG4

Media members from across the country voted on the Lou Marsh Award on Tuesday, with both Davies and Duvernay-Tardif each receiving 18 votes. Other athletes receiving votes included Denver Nuggets star Jamal Murray, and Canada’s top female soccer players, Christine Sinclair and Kadeisha Buchanan.