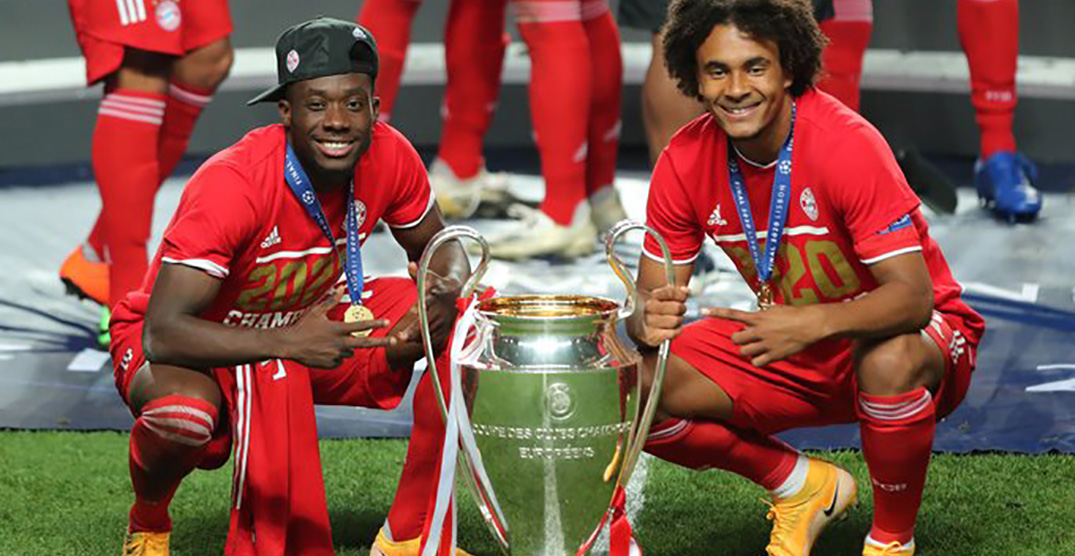 Alphonso Davies can now add UEFA champion to his list of accomplishments, as the 19-year-old Canadian and Bayern Munich beat out Paris St. Germain in the Champions League final in Lisbon, Portugal on Sunday.

Davies, who grew up in Edmonton and played professionally for the Vancouver Whitecaps, helped his team keep a clean sheet in 1-0 victory. The victory made Davis the first Canadian and fourth Confederation of North, Central American, and Caribbean Association Football (Concacaf) player to take the crown at the Champions League.

“I just want to say thank you guys for supporting back home,” Davies told CBS Sports after the game. “I don’t know, this is for you guys, I guess. Who would’ve ever thought — a guy from Canada, playing at a club like Bayern Munich, winning Champions League? Never would’ve guessed it.

“I think two years, if someone had told me this, I would’ve said, ‘Yeah, you’re lying.’ But I mean, dreams do come true. And I just want to say thank you everyone for supporting me back home.

Davies has been a regular starter at left back since October for Bayern. This most recent game was his 43rd overall appearance with the team. He had three goals and nine primary assists heading into today’s game

Playing in the Champions League is a dream come true for Davies, who said in 2018 he was most looking forward to the matches prior to making the move to Europe.

“At a very young age, every time you hear that [Champions League] song come on, you know something special is about to happen,” Davies told Daily Hive two years ago.