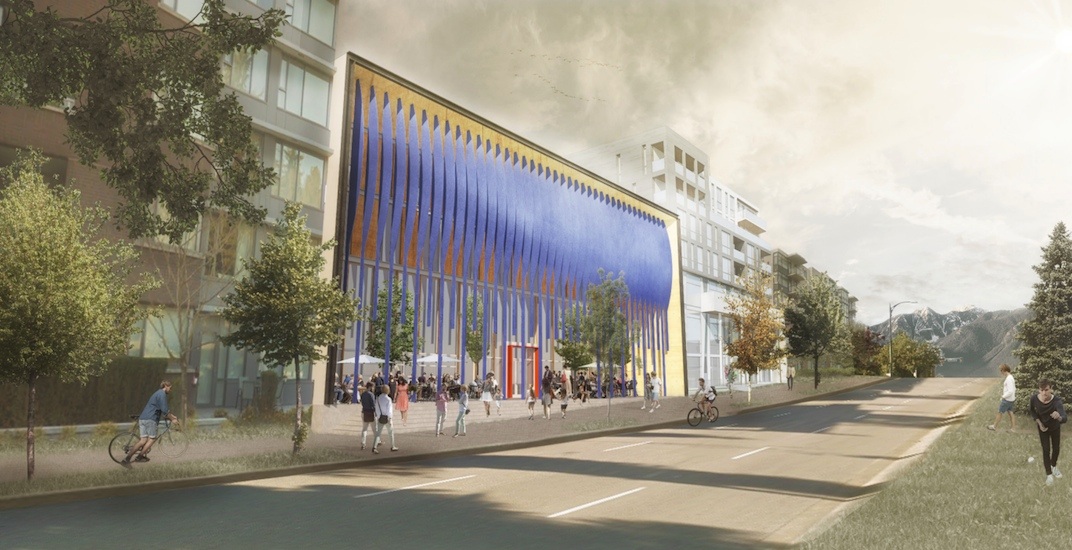 On Tuesday, Vancouver city council unanimously approved the rezoning application to provide Alliance Française with the ability to construct a new and expanded replacement building at its longtime location of over 50 years on the Cambie Street Corridor.

With a total floor area of 25,000 sq. ft., the new three-storey, purpose-built building at 6161 Cambie Street — just south of Oakridge Centre shopping mall — will triple the size of the existing facility of the not-for-profit French education and cultural institution. The organization was founded in 1904, making it one of the city’s oldest and most enduring institutions. 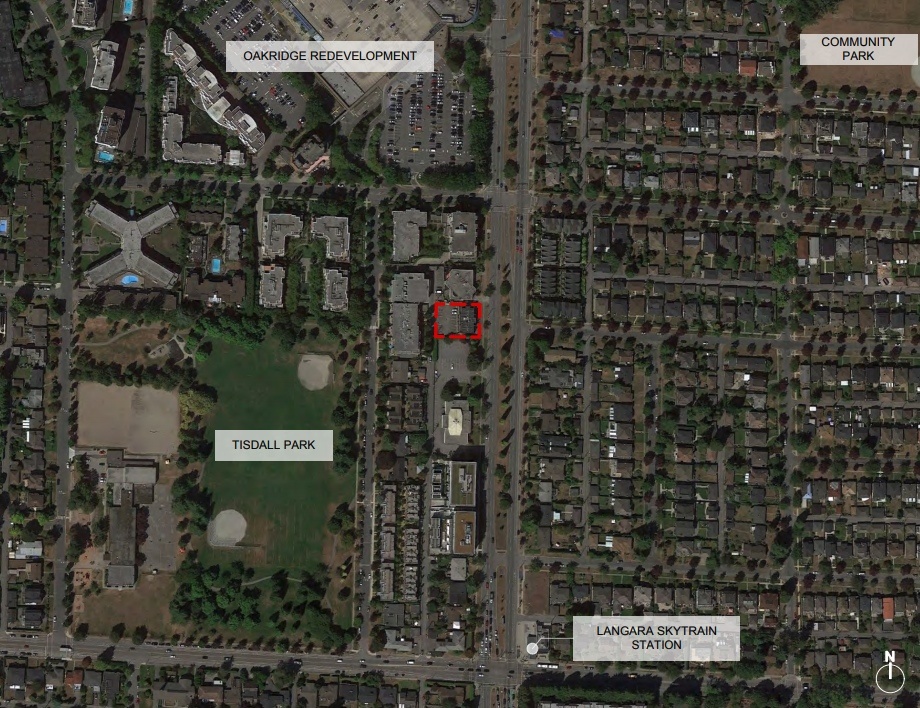 The first floor includes an authentic French cafe and dining space, art and culinary teaching, exhibition and reception spaces, and an auditorium with 165 fixed seats. This level has been creatively designed to allow events to spill out into the laneway.

A second floor will house the institution’s educational spaces, such as child and adult education in French language and culture, and a library with the largest collection of French books and film in BC. There will also be a rooftop deck facing the lane to provide outdoor social space.

The top floor will be used for classrooms, leasable office, and educational job space. And a single underground level will accommodate 32 vehicle parking stalls.

“I think this facility provides a very valuable service to the community, and it is bursting at the seams in terms of classroom space and the language services provided,” said councillor Sarah Kirby-Yung.

“It’s really great to have these spaces in the city… I think it’ll add a lot of vibrancy to the Cambie Corridor.”

But during the public hearing, Marie-Claire Howard, president of Alliance Française, said the project is currently at risk of not being financially viable due to the level of development fees applied by city staff.

The project faces fees approaching $1 million, including $64,000 in community amenity contributions (CACs) and $347,000 in development cost levies (DCLs), with the remainder from off-site fees.

“This amount is exorbitant, and as a not-for-profit association we cannot sign what is essentially a blank cheque for future community improvements that are unrelated to our modest project. While we appreciate the city of Vancouver is growing and updating infrastructure is necessary, not-for-profit associations cannot be expected to pay the same fees as developers who stand to gain a profit from development,” said Howard.

She argued that city staff applied an unfairly high commercial rate on half of the total floor area when calculating the fees, even though the only commercial space is the cafe accounting for about 7% of the floor area.

The non-profit organization believes the fees should be far lower, given that the new building will be a $7-million cultural amenity. Many of the organization’s programs benefiting thousands of people are provided for free or at low rates. 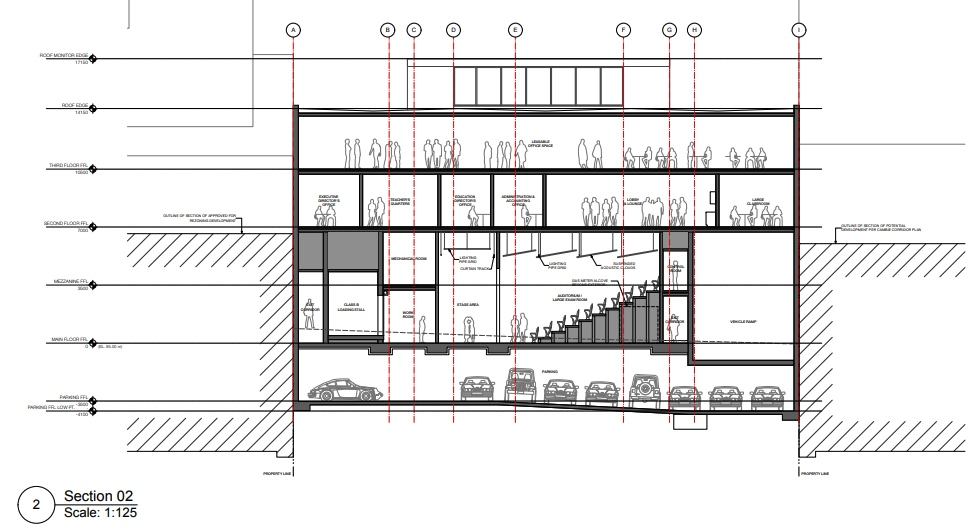 “If not eliminated or capped, city fees would most likely kill the project,” she said, adding “I’m not sure where the money will be coming from.”

“As volunteer board members, we need to think very hard before engaging in personal responsibility for a project that could end the financial stability for the association.”

But city staff present at the public hearing said the municipal government reduced the initial estimated DCLs by about $170,000. They also explained that over $400,000 in fees revolve around costs such as new bike lanes and especially sewer main upgrades next to the property, as there is a “high likelihood” that building construction will not allow for the maintenance of the utilities due to the close proximity.

The non-profit organization could apply to be exempt from CACs if it agreed to secure public access to the facility through a community land use agreement, but city staff said they did not choose this option.

Separately, DCLs from the project will help cover infrastructure and public amenity upgrades as identified by the Cambie Corridor Plan.

City staff maintained that the fees are set at established rates and policies to ensure fairness and consistency.

“I’ve heard a lot of support and what people want to close that financial gap for this cultural space,” said councillor Melissa De Genova.

“It’s not easy for cultural organizations and non-profits in the city of Vancouver, and I understand the difficulties in trying to provide services.”

In the rezoning application, it was noted that Alliance Française did not desire the inclusion of a residential component to the project, which could raise the capital needed to help cover additional costs. They stated residential uses could “compromise the cultural space’s physical plan, increase the development’s financial risk and introduce an incompatible long-term operating dynamic for the cultural activities on the site.”

Cultural and religious institutions in the region have increasingly sought market residential development opportunities on their properties to help fund renewed and expanded spaces for their activities and programming. For instance, Alliance Française’s neighbour, Chinese Presbyterian Church at 6137 Cambie Street, recently received approval for its proposal to build a new seven-storey, mixed-use building with a replacement church, private childcare, and for-profit affordable rental housing.

City staff and council will continue to engage in discussions with the non-profit organization on their financial challenges. If they can overcome those hurdles, the new building could be ready in 2022.