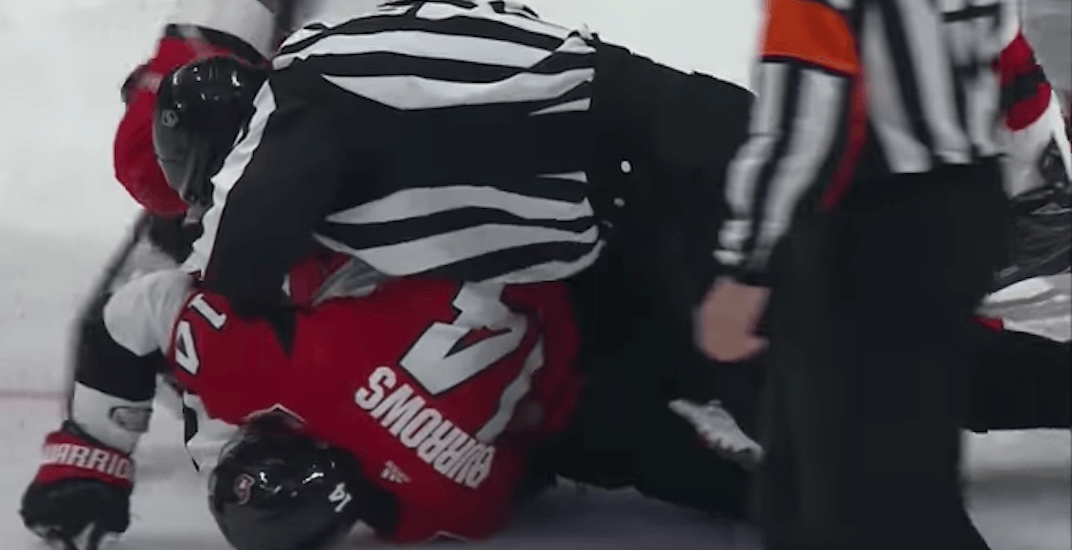 The NHL has thrown the book at former Vancouver Canucks winger Alex Burrows.

After being levelled with a clean hit by Taylor Hall on Tuesday, Burrows “lost his mind” according to the New Jersey Devils winger.

#NJDevils: Taylor Hall on Burrows: “He punched me in the back of the head like 10 times. He kind of lost his mind.”

Hall told me after he didn’t know it was Burrows’ knee in his head. He just felt something and his teammates told him afterwards it was the knee.

Burrows went at Hall after the whistle, and when the pair fell to the ice, the 36-year-old knee’d him in the head twice.

While Burrows has been no stranger to controversy in his career, he’s only been suspended one other time (in 2014) in 893 NHL games.

Hall didn’t sustain an injury on the play, but kneeing an opponent in the head is absolutely inexcusable – hence the 10-game ban. Burrows will miss games without pay, causing him to forfeit $134,408.60 of his $2.5 million annual salary.

After making it all the way to Game 7 of the Eastern Conference Final, it hasn’t been a good season for Burrows or the Senators in 2017-18. The Sens are actually below the Canucks in the overall standings, in 29th place. Burrows has just three goals and five assists in 51 games.