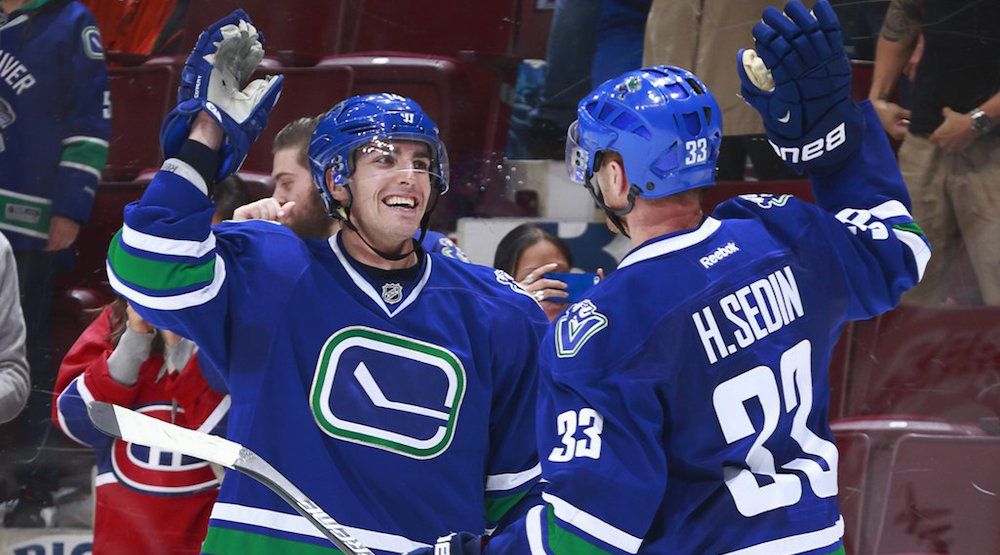 Alex Burrows will become the seventh member of the Vancouver Canucks to enter the Ring of Honour during the team’s 50th anniversary season.

Canucks play-by-play voice John Shorthouse made the announcement shortly before the start of the 2019 NHL Draft.

“Alex’s story of being undrafted, battling in the minors and earning a spot on one of the most productive lines in team history is remarkable,” said Canucks GM Jim Benning. “He was the type of guy you loved on your team, but despised if you were his opponent. He did whatever was needed to help his teammates win and his passion was infectious. His level of excellence, character, community giving and impact on the franchise makes this a very deserving honour for Alex and his family.”

One of the most popular players in franchise history, Burrows scored arguably the Canucks’ greatest goal – in overtime of Game 7 against the Chicago Blackhawks in 2011.

Burrows, who is now an assistant coach with the Montreal Canadiens’ AHL affiliate in Laval, ranks sixth Canucks history for games played (822), ninth for goals (822), and 14th for points (822). Over the course of his Canucks career he was also named as the Canucks “Most Exciting Player” three times (2008, 2009 and 2010) and earned the Fred J. Hume award as the team’s “Unsung Hero” in 2008.