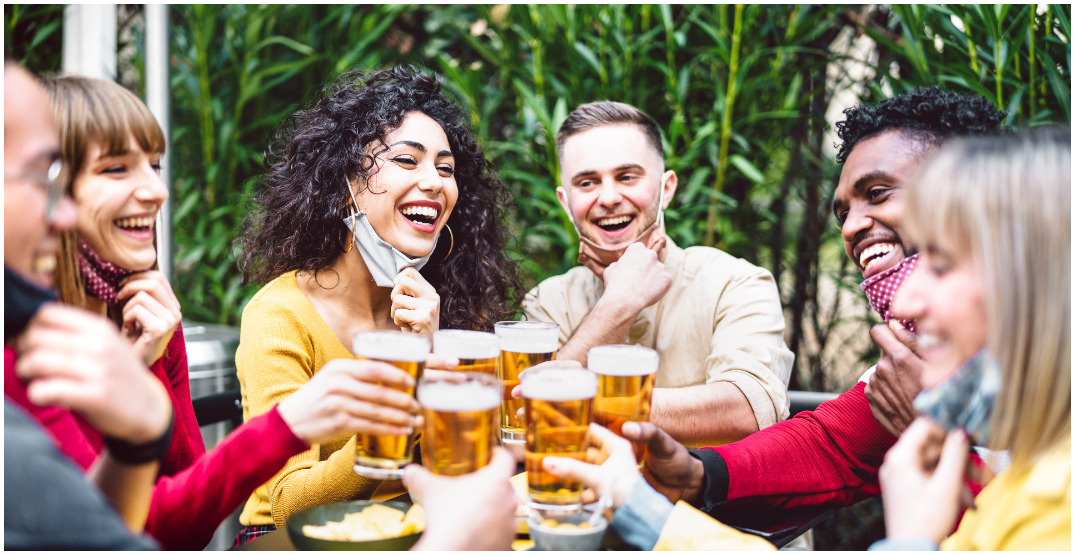 The Alberta government is the first in Canada to announce that they’re fully reopening as of July 1st.

On Friday, Alberta Premier Jason Kenney announced some milestones for the province that has led to its decision to completely drop restrictions on Canada Day.

Provinces in Canada are currently at varying stages of restrictions in their respective COVID restart plans.

“Thank you to the healthcare workers who have worked tirelessly to get needles into arms since December,” said Kenney in a provincial address Friday afternoon.

Alberta will be #OpenForSummer on July 1!

Yesterday, we reached 70.2% of eligible Albertans with a first dose of vaccine.

That means nearly all remaining health restrictions will be lifted in Canada Day!

Here’s to the Best Summer Ever! pic.twitter.com/wWdxMCuu1m

“On Canada Day, Alberta’s public health measures will be lifted, and our lives will get back to normal,” Kenney added.

How does this compare to other provinces and their respective restart plans?

BC is currently still in Step 2 of their COVID restart plan. This means that indoor gatherings still have a capacity limit of 50 people, and private gatherings have a limit of 5 people indoors.

The earliest BC can get to Step 3 is July 1st. Step 4 for BC, the final phase of the restart plan, wouldn’t be until September 7th.

Families and teachers can plan for a safe return to school in the fall, as part of #BCRestart. Students can look forward to full-time, in-class learning and more. Details on masks and other safety guidelines will be released later this summer. https://t.co/WwxzSVozaX pic.twitter.com/KvTm5OmVMO

Quebec still has a ways to go, and have designated “end of August or later” as the current plan when it comes to easing all COVID restrictions. Most recently they’ve allowed bars and restaurants to stay open later, and have allowed 3,500 fans back into the Bell Centre to celebrate the Montreal Canadiens playoff run.

Ontario has a 3 Step approach, and they’re currently still in the middle of Step 1.

Keep it up Ontario!

Over 12 million vaccines have been administered, with over 210,000 administered yesterday. That’s more than 2 every second!

Thank you to our amazing frontline heath care heroes on #TeamOntario. We couldn’t do this without you! pic.twitter.com/zFZnQ0dHUf

While the plan to move to Step 2 was estimated to be July 2nd, Premier Doug Ford suggested he’s in talks to head into Step 2 earlier than scheduled.

Saskatchewan has a five phase plan with specific dates not yet set in stone.

As a whole Canada is leading the world when it comes to administering first-doses of the vaccine.