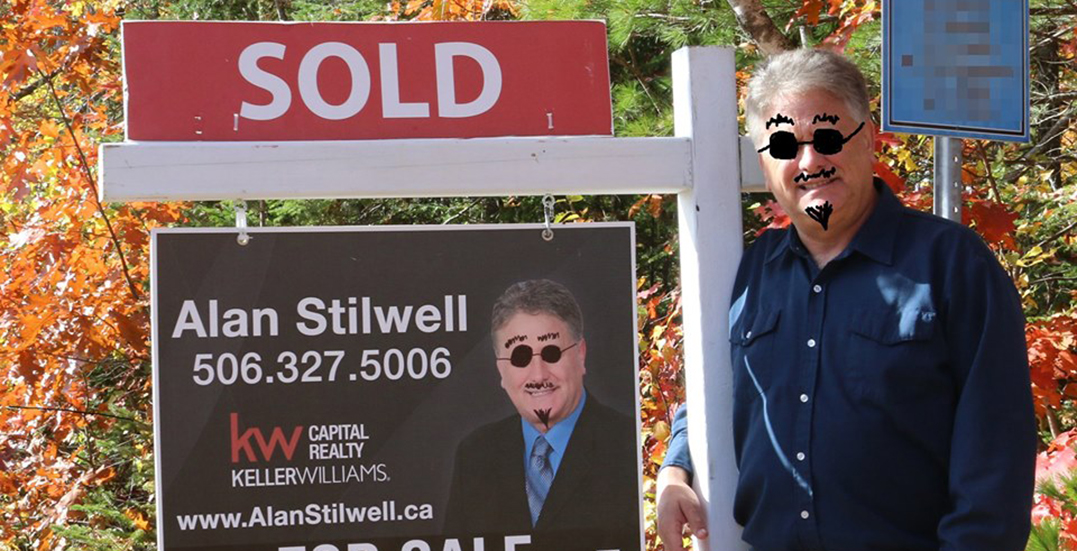 A Canadian real estate agent has gone viral after posting the seemingly perfect response to a vandalized sign.

Less than two weeks ago, Alan Stillwell posted a photo of himself posing with one of his real estate signs that had been vandalized.

“A colleague saw my sign had been vandalized and gave me a call,” Stillwell tells Daily Hive. “I kinda laughed and said I’d just have to grow a beard and moustache.”

Before posting it on social media, however, he made a key change — he copied the same glasses, moustache, and goatee that had been drawn on his sign and pasted it over his own face.

“When my wife and I went to put the sold sign up, my wife said ‘stand by sign and I’ll take your picture and we’ll draw the same face on you’, he says.

His caption when he posted?

“VANDALISM! No problem I can adapt!” writes Stillwell. 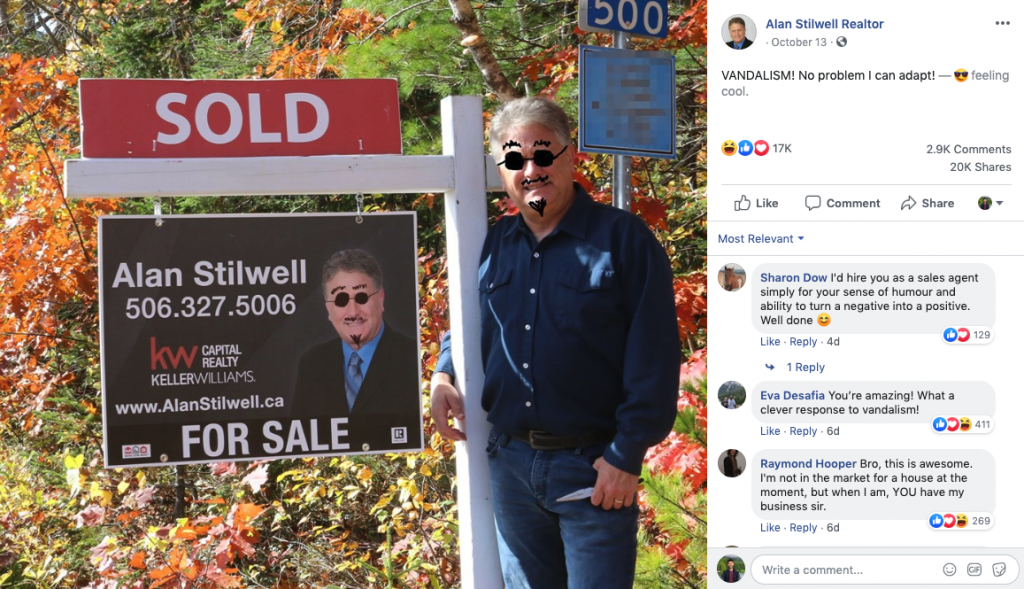 “I had no idea it would go viral,” says Stillwell. “I just thought I’d get some reactions from friends and colleagues.”

His tongue-in-cheek response to vandalism has resulted in multiple interviews and even making the front page of local papers.

“It’s been crazy,” he exclaimed.