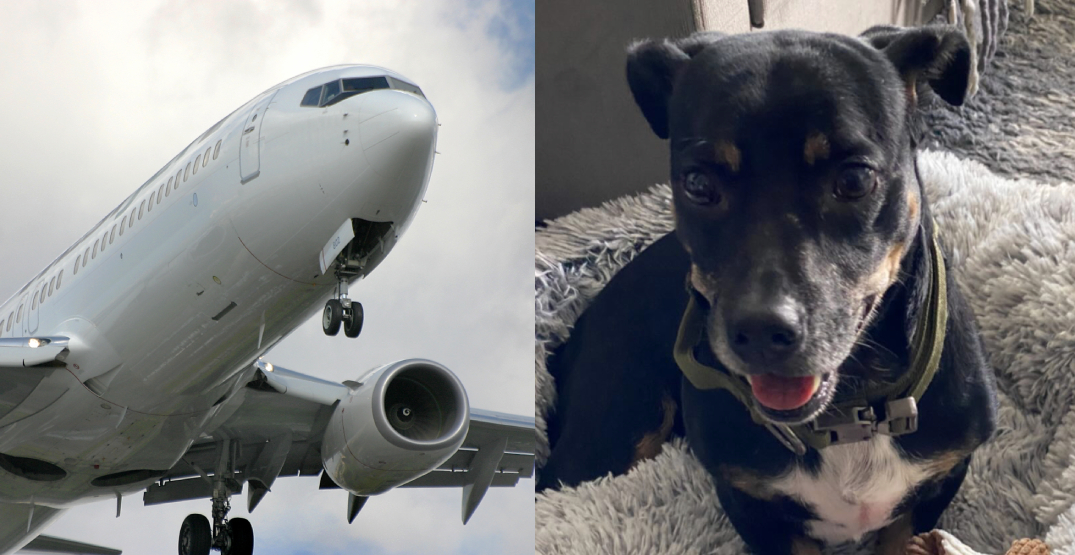 If you’re flying with with your pets via Air Transat — especially through Toronto Pearson Airport —anytime soon, you might want to proceed with caution after reading this story.

A Toronto woman is speaking out after her rescue dog, Winston, was left behind with lost baggage at Pearson Airport. Jena Butts told Daily Hive she has flown with pets multiple times and has never had such a “traumatizing” experience before.

Last Saturday, Butts was flying home from the Dominican Republic with her dog and the one she decided to bring back in the hopes of finding it a good home in Canada. At around 2 am, her dog came out but Winston did not. It took customs 21 hours to finally spot his crate mixed in with all the luggage.

“Usually, once your dog is loaded on the plane, you are given a ticket by the flight attendant so you are aware you dog is boarded. This never happened for either of my dogs on the flight,” she said. “I hope [the airline] creates better policies that don’t allow this type of negligence.”

Butts worries this incident traumatized the already nervous rescue dog who was just starting to trust humans. Since he’s been back from the airport, Winston has been too nervous to walk down the street without hiding from people.

Butts explained that Air Transat left her a voicemail offering to reimburse her for Winston’s flight. His ticket cost $350.

“I have not gotten back to them as I do not feel that is sufficient,” Butts said. “My family and I are still discussing possibly getting a lawyer.”

As for Winston, he’s found his forever home and, according to Butts, his new family is aware of the situation and prepared to support him going forward.