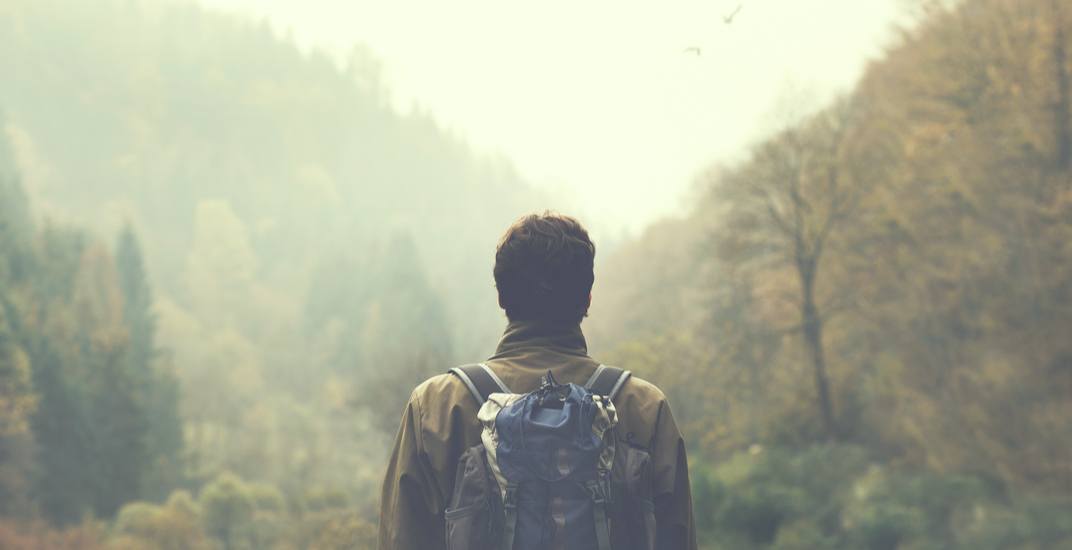 Man hiking in the mist (frankie's/Shutterstock)

North Shore Rescue are warning Vancouver hikers to plan ahead this BC Day long weekend, due to wildfire smoke and melting snow.

The smoky haze engulfing Vancouver is made up of fine particulate matter from the wildfires and can make breathing more difficult.

Mike Danks, NSR team leader, told Daily Hive this long weekend may not be the best time to take on a strenuous hike.

“The added smoke certainly makes a big difference with visibility and breathing,” said Danks. “Keep in mind that we do have some issues with air quality.”

Danks said the low air quality caused by the haze can make it much harder to hike, even on trails you’ve hiked many times before.

“A lot of people we’ve spoken to are just not doing those hikes at this time,” he said. 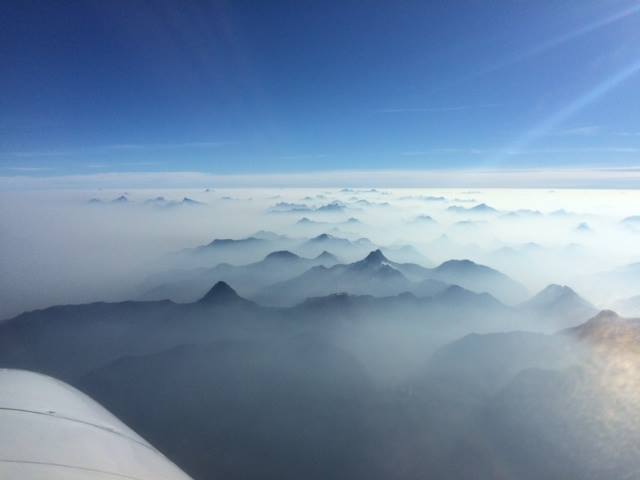 Danks added that another big thing to consider is the fire risk.

“For anyone who’s smoking, make sure those cigarettes are disposed of appropriately and not thrown off to the side of the trail.”

Danks also urged hikers to make sure the trail matched their physical fitness level and the number of daylight hours available.

“Let somebody know where you’re going, what time to expect you back, when they should call for help,” said Danks.

Avoid snow bridges if you can

Danks also pointed out the dangers of snow bridges, which form in winter across crevasses and creeks, but can collapse without warning once they begin to melt.

“People still need to remember there are patches of snow in the backcountry and they’re melting fast, so be aware of that,” he said.

“Don’t get underneath any snow bridges, certainly be careful when you’re crossing them and avoid them if possible.”

As recently as Thursday, an injured hiker was rescued from the Howe Sound Crest Trail in West Vancouver after falling through a snow bridge.

Despite the warnings, Danks said, he fully expects the voluntary rescue service to “get pounded” this long weekend, as hikers head to the hills.

“We’ve made sure that we have people that have stayed in town to ensure adequate coverage and we anticipate being quite busy,” he said.

“The backcountry in the Lynn Headwaters area recently opened and I think that’s going to really encourage a lot of people to get out there.”

Danks notes that the Hanes Valley Trail, a particularly strenuous, long hike in Lynn Headwaters, has been the site of rescues in the past.

“If people are going to do that hike, they need to do their research and make sure it’s a hike they’re physically fit enough to do,” said Danks.

In the end, Danks said, his message is the same as always – be prepared for the hike at hand.

“Just take into consideration the air quality, the issues that we’re having right now, because it’s going to make your hike more strenuous than normal,” he said.

“And please just be prepared…. We’re not trying to discourage anyone from going out, it’s more just the need to be very aware of the current situation.”