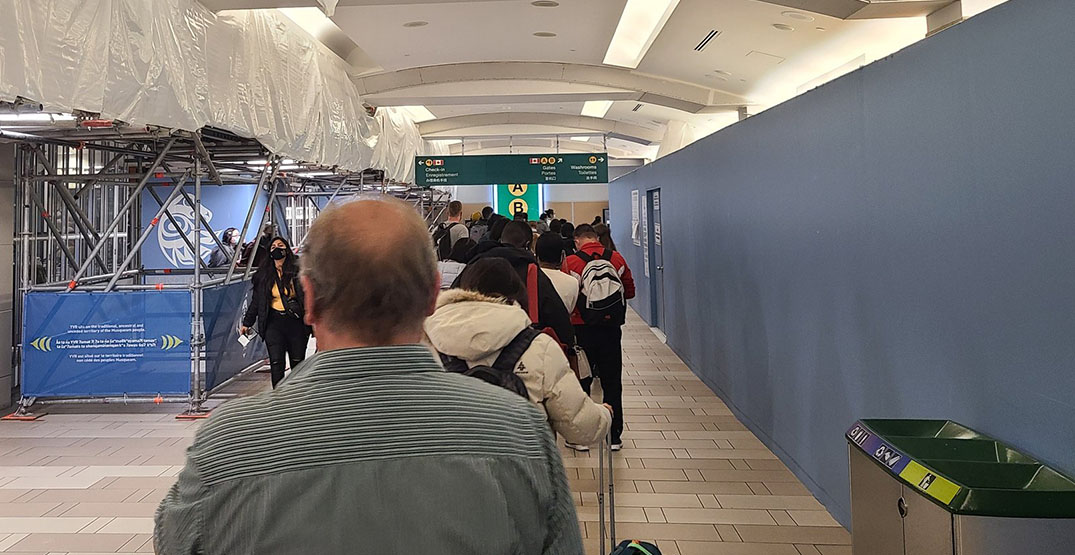 Only five of the 14 security lineups at YVR are currently open because there aren’t enough staff to open more, one employee said. The airport has asked passengers to arrive at least three hours early for their flights.

“This is a problem due to mismanagement of human resources … We have a number of lanes that could be open, we have the equipment, it’s just CATSA [The Canadian Air Transport Security Authority] can’t retain anybody,” International Association of Machinists and Aerospace Workers national president David Flowers told Daily Hive Urbanized.

The situation is similar at other major Canadian airports as passenger volume rebounds to levels not seen since pre-pandemic with only a fraction of the security staff working, Flowers said.

Complaints from union members include low pay, missed breaks, and a breakneck pace of work. That’s what led Shuchi Shah to quit last month after working as a security officer at YVR for nearly four years.

“It’s very stressful. You work for a long period of time without breaks. You don’t get washroom breaks right away,” she told Daily Hive Urbanized.

Security officers at YVR are paid between $18 and $22 an hour, depending on seniority. For many workers, that’s less than the Canadian Centre for Policy Alternative’s living wage in Metro Vancouver: $20.52 per hour, as of 2021.

“The working conditions are very up-tempo. You’re expected to do a lot. And you’re watched by CATSA and their performance officers. And they’ll have these hired actors come through and basically see if you’re doing your job right,” another security officer told Daily Hive Urbanized.

He spoke on condition of anonymity because he still works at YVR, and speaking out could cost him his job.

Many security officers were laid off during the pandemic, and a significant number have not answered the call to come back to work — perhaps because they found higher-paying, less stressful jobs elsewhere, the employee said.

Due to the staffing shortage, necessities such as bathroom breaks are being restricted because there are barely enough people to operate posts at the security lines.

“The company will say that lineups shouldn’t matter to us, but while saying that they’ll push us to our limits and give us more work than we can really handle,” he said. “By speeding up the operations it’s a dangerous game to play — because it leads to mistakes on our end. We can only do our job so well at the pace we’re expected to do.”

In a letter sent to employees on May 2, the union encourages security screeners to focus on one passenger and one bag at a time to combat the stress associated with the long lineups. 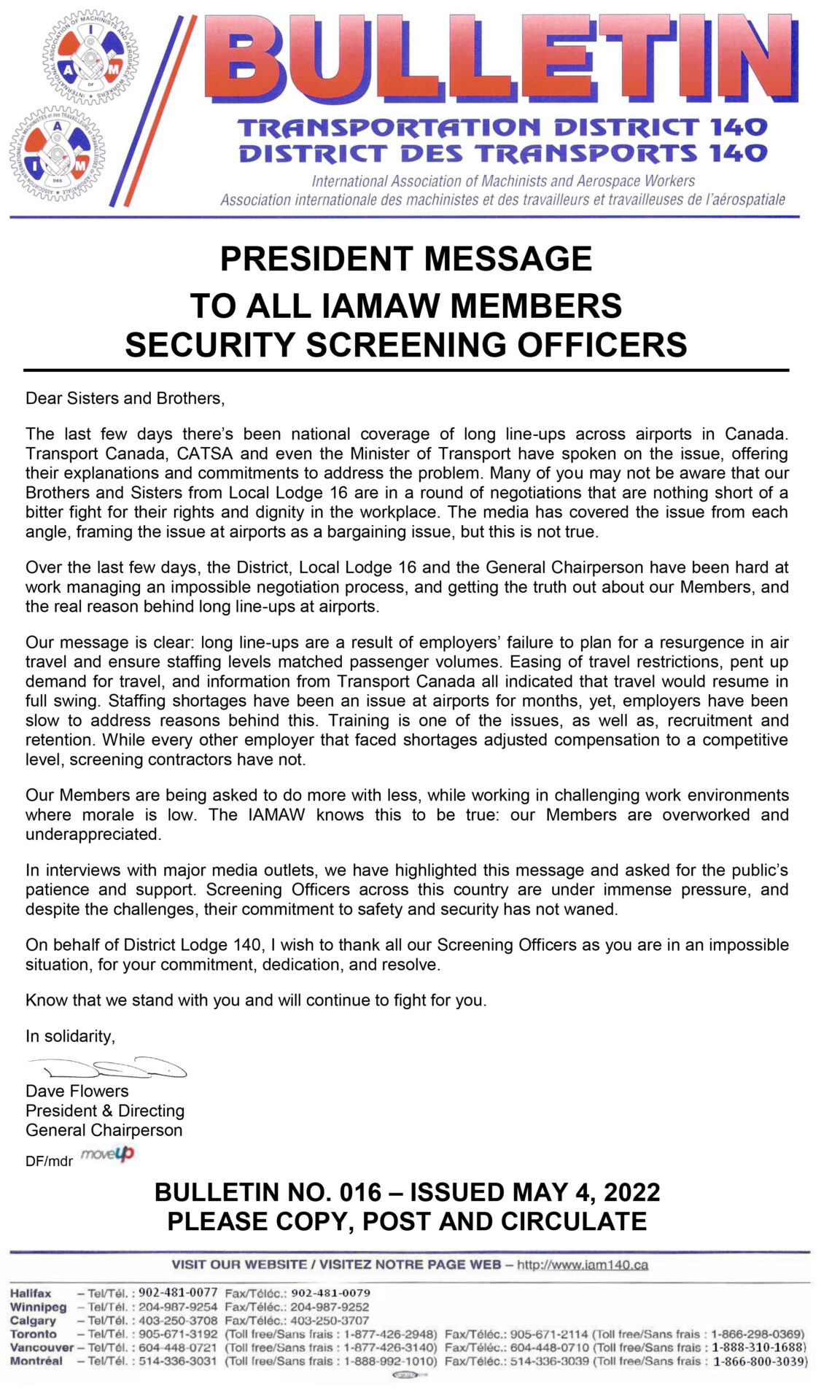 The Canadian Air Transport Security Authority (CATSA) is responsible for the safety of air passengers travelling in Canada. The federal body contracts out security services at various airports to third-party employers who hire and pay workers. At YVR, that company is Allied Universal Security Services.

Daily Hive Urbanized reached out to Allied for comment but has not yet heard back. The CEO of CATSA issued an apology to travellers on Tuesday for lengthy wait times at Canadian airports, saying pent-up travel demand following the pandemic is overwhelming security capacity.

“This follows two tumultuous years that resulted in a significant number of layoffs throughout the aviation industry, including the security-screening workforce,” Mike Saunders said in a news release.

Flowers, the union president, says the system where CATSA elicits bids for security contracts in airports creates incentives for companies to pay employees as little as possible in order to win the government contract — and believes responsibility lies with both Allied and CATSA to improve conditions for workers.

“The company is not keeping up with industry standards when it comes to pay … and now it’s too late.”

He believes long security lines at Canadian airports will persist through summer because hiring and training staff will take several weeks.

“If you’re a traveller experiencing delays, please be patient and understand it’s not our screening officers who are responsible for these lengthy delays and missed flights. They’re doing everything they can to keep the travelling public safe.”