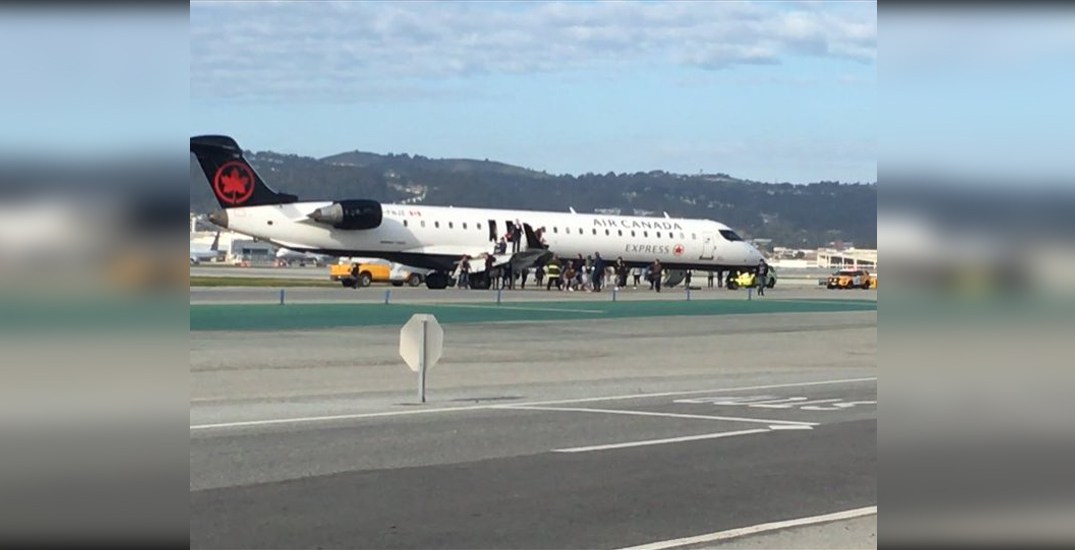 An Air Canada Jazz flight bound for Vancouver had to turn around and make an unplanned landing in San Francisco Sunday after the lavatory smoke detector went off.

Jazz Aviation spokesperson Manon Stuart said the bathroom alarm went off shortly after takeoff from SFO. They requested priority landing, and once on the ground again in San Francisco conducted an emergency evacuation as a precaution.

Passenger Aman Dhillon said he exited by jumping from the plane’s wing.

So Saturday begins with an emergency landing and jumping off the plane’s wing. #SFO #AirCanada pic.twitter.com/yrFY6L6eIm

All 74 passengers safely got off the plane and were bussed to the airport, Stuart said.

Emergency crews inspected the aircraft, and it turned out there was no fire after all.