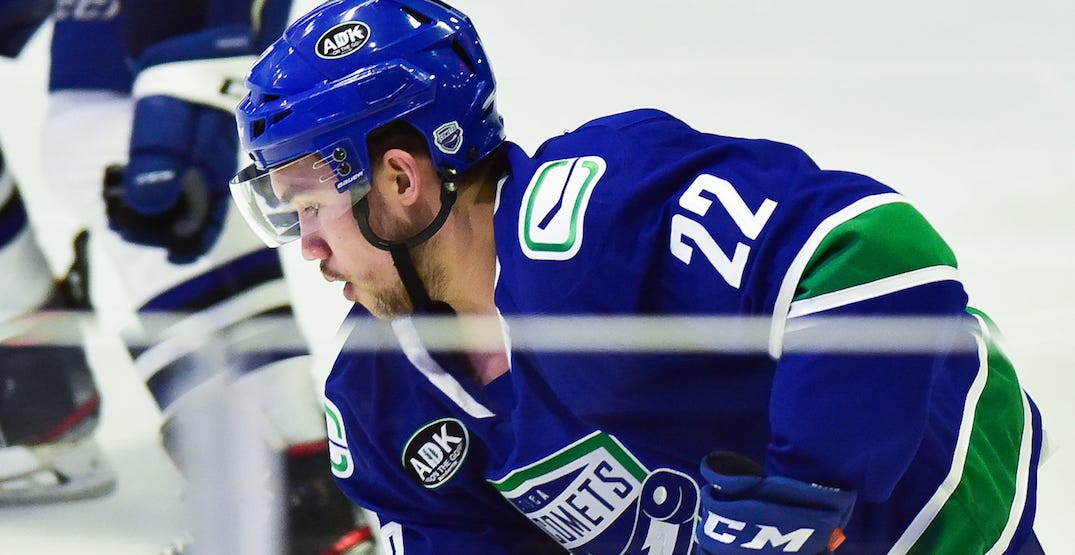 There weren’t any surprises at the AHL Board of Governors meeting today, and that’s a good thing for local hockey fans.

The Vancouver Canucks were given the approval to move its AHL affiliate from Utica to Abbotsford, beginning with the 2021-22 season.

“One step closer,” the Canucks tweeted in response to the news, though nobody expects the deal to fall through.

Good news for Abbotsford isn’t bad news for Utica, as the Comets will still be in operation next season. The AHL confirmed that the New Jersey Devils’ AHL team would be moving from Binghamton to Utica. That team will still be known as the Utica Comets, despite Comets president Robert Esche previously registering “Utica Devils” as a trademark.

Utica and New Jersey have signed a 10-year affiliation deal, with the Comets revealing new jersey designs and colours later this year.

The Canucks have said that their AHL team will undergo a rebrand, which will include a new name, logo, and jerseys. Fans have no shortage of name suggestions for the Abbotsford team already, nor is there a lack of excitement about adding another pro hockey team to the Lower Mainland.

“The early feedback from the Abbotsford community has been incredible so far,” a Canucks spokesperson said in a statement shared with Daily Hive. “Fans are really excited about bringing our Canucks prospects to the Fraser Valley. We expect we will have more details to share about the team in the weeks ahead.”