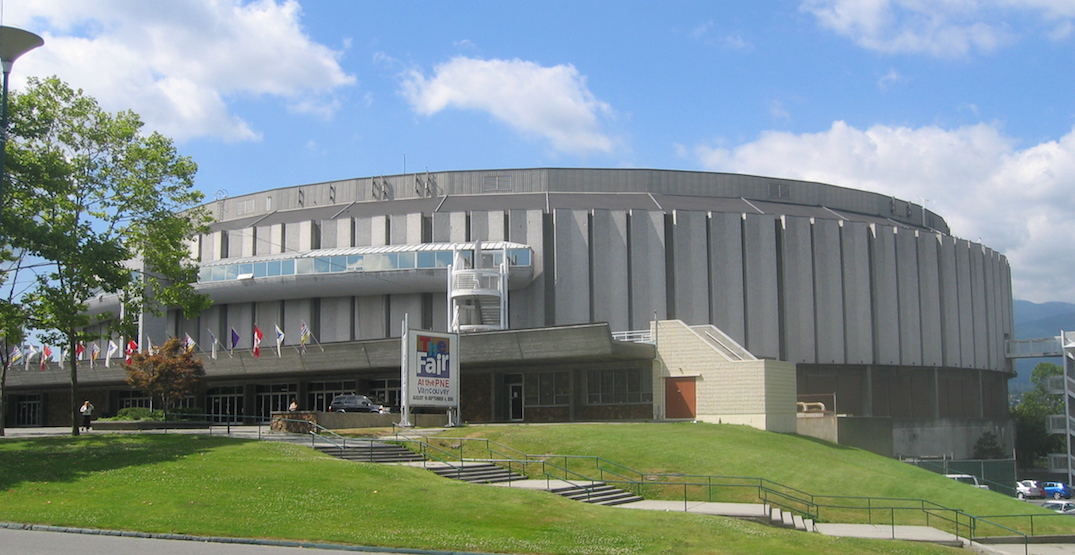 The Vancouver Canucks appear likely to move their farm team out of Utica next season.

Utica Comets president Robert Esche has registered “Utica Devils” as a trademark, so that’s our first clue. The New Jersey Devils have reportedly informed the folks in Binghamton, where their AHL team is currently located, that they will be moving out after this season.

“The Canucks and Comets have been in partnership since 2013-14 and continue to enjoy a great working relationship,” the Canucks said in a statement shared with Daily Hive. “While a formal decision on the future of the affiliation has not been reached, Vancouver and Utica will exercise due diligence and explore all options on the future of their partnership.”

The Canucks have an out-clause in their agreement with the Comets after this season, and there are numerous options for where they could end up next.

Utica has been the home of the Canucks’ AHL affiliate since 2013. The Chicago Wolves served as the Canucks’ farm team for two years prior to that, following a 10-year run with the Manitoba Moose that ended when Winnipeg got an NHL team back.

The time appears right for the Canucks to finally move their farm team west, maybe even to the Lower Mainland.

There are eight Pacific Division franchises currently in the AHL, with a ninth slated to join next season, as the Seattle Kraken will have their affiliate playing out of Palm Springs, California. Six of the teams are California-based, with single franchises also based in Arizona, Colorado, and Nevada.

So where will the Canucks’ AHL team end up? Here are six options, beginning with some local spots.

The Abbotsford Heat were an unmitigated disaster, but there’s reason to believe a Canucks-affiliated team would work in the Fraser Valley now.

The Heat lasted just five years in the Fraser Valley, moving out in 2014.

One obvious challenge the franchise faced was the fact it was affiliated with the Calgary Flames, right in the heart of Canucks country. The other was a horrendous travel schedule.

During the Heat’s final season in Abbotsford, their divisional opponents were located in Texas, Oklahoma, and North Carolina. The closest teams to them geographically were in Iowa, Milwaukee, and Chicago. Not only do those teams require a lengthy flight and often not a non-stop flight, but they’re all at least two time zones away.

So off the ice, the team didn’t make money because fans didn’t want to support a Flames affiliate. Development-wise, the team suffered as well, as players spent too much time travelling, leaving less time to rest and practice.

Those issues, for the most part, have been solved in recent years given that so many AHL teams are now located in the west.

How about a return to the former home of the Canucks? Barring a sweetheart deal with the PNE, it’s probably unlikely, but it would allow the Canucks more opportunity to differentiate its AHL product.

Forget playing close to home, how about playing at home?

Located near the geographic centre of California, Fresno is ideally situated to play in the AHL’s Pacific Division.

An option mentioned recently by CHEK’s Rick Dhaliwal, Salt Lake City has hosted NHL preseason games in recent years, drawing over 10,000 fans for a game between the Vancouver Canucks and Los Angeles Kings in 2019.

With a population of over 240,000, Prescott Valley has the third-highest metropolitan population in Arizona, located about 150 kilometres north of Phoenix.