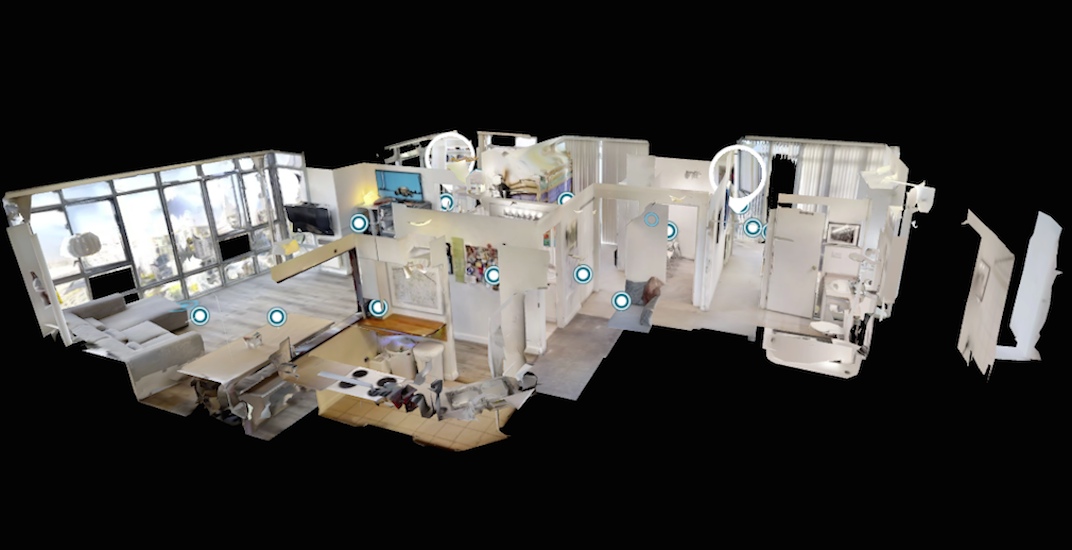 Adrian Crook has certainly built a name for himself for being one of Vancouver’s biggest advocates for urban living with a family.

The independent Vancouver City Council candidate is a strong advocate for housing supply and public transit, but he is perhaps best known for his writings on his 5Kids1Condo.com blog, which details his single-parent life of raising five young children in a rented 1,000-sq-ft condominium in downtown.

Earlier in the year, a 21-minute-long YouTube video provided a glimpse of his ‘free-range’ parenting style, as well as the family’s living space and ‘minimalist approach’ of less is more.

And this week, in a further attempt to break preconceptions and myths about urban living, Crook has posted a 3D virtual reality tour of his condominium, showing the incredibly efficient home he has created for himself and his children. 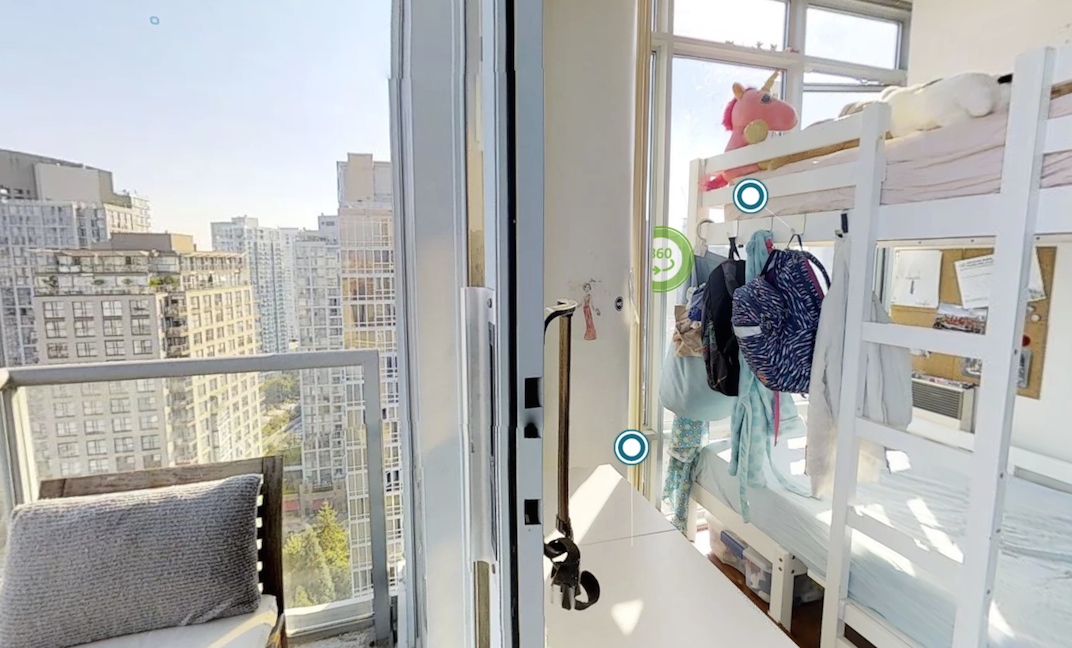 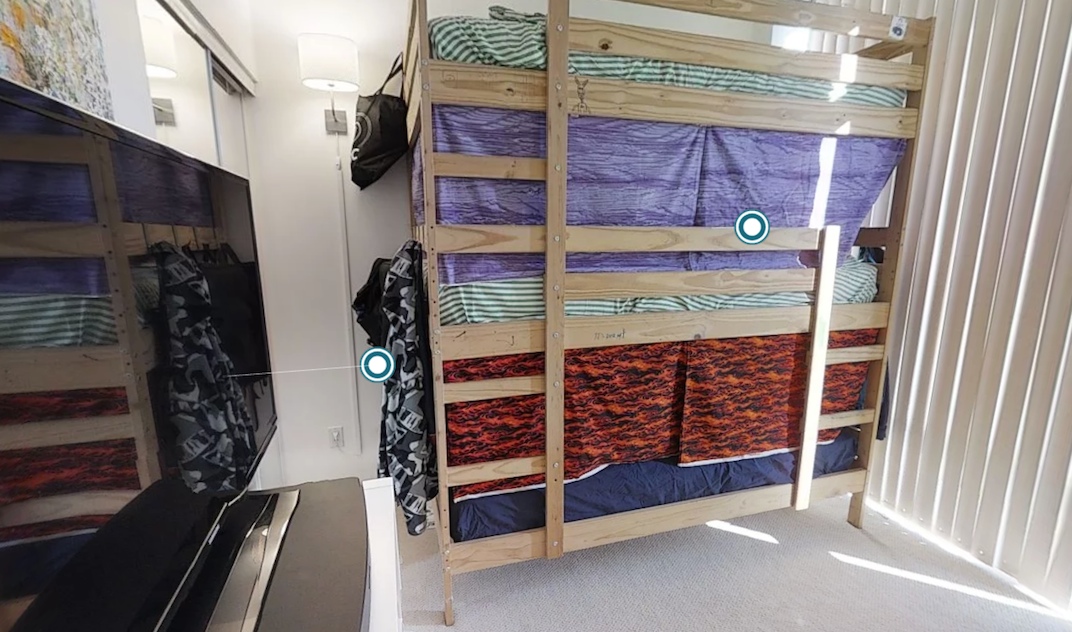 The Queen-size Murphy bed in the master bedroom can be folded upwards against the wall to create a desk or even an open area for the children to do gymnastics.

The family shares the use of two washrooms.

The Maker Lab provides the children with stimulating activity and play space and doubles as an office for Crook, who is in the mobile video game design consulting business. 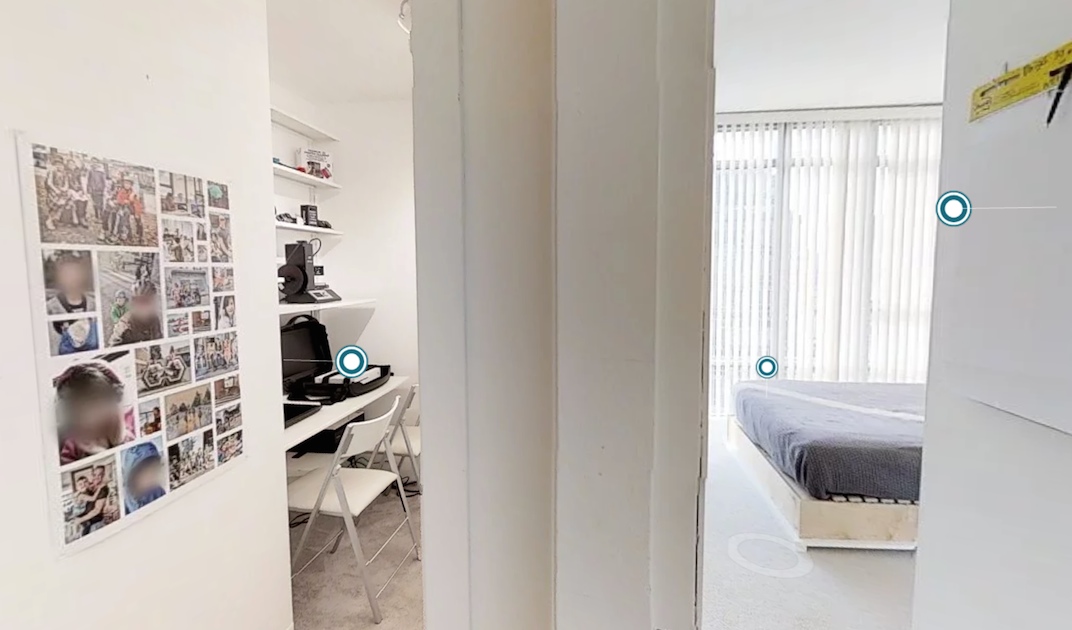 An illustration of the family, created by Ontario-based painter Michael Byers for the family’s feature in Time’s Money Magazine, hangs next to the dining table.

At first glance, the condo conspicuously appears to have a severe storage space shortage, but it turns out several large storage spaces were converted into activity spaces. 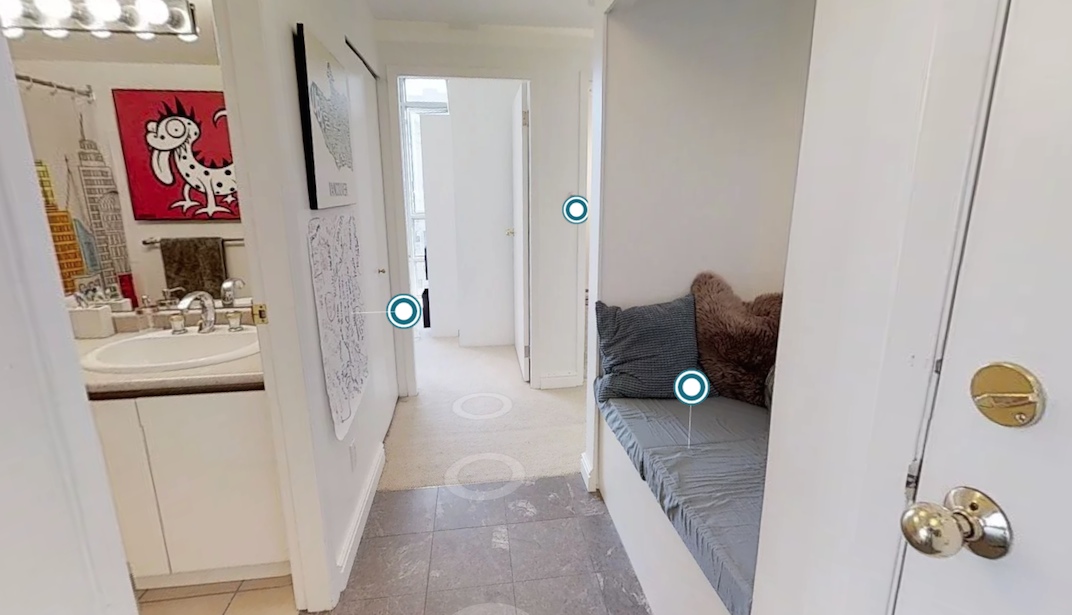 Crook says the Maker Lab was formerly an in-suite storage room, and a closet next to the front door was knocked down and converted into a seating nook with built-in shoe storage. The closet-to-seating conversion was achieved with some very simple changes.

“To do so, we re-oriented all the backpack and jacket access to be on hooks beside each of the kids’ beds in their bedrooms,” he wrote. “This cuts down on conflicts in the morning as the kids used to collide with each other trying to access one small closet space.” 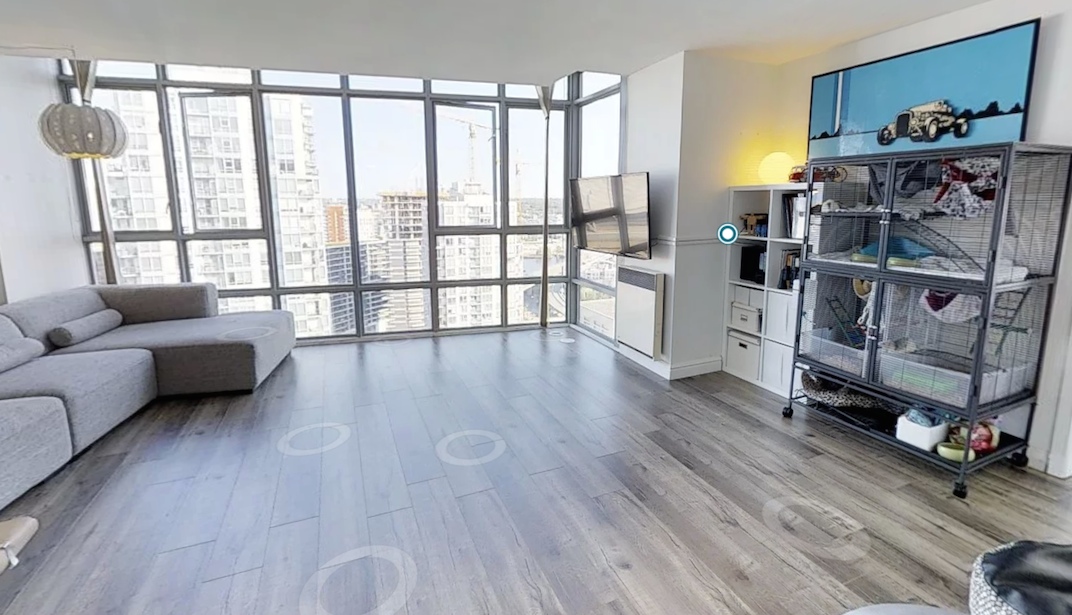 Some space in the living room has also been set aside for caged pets.

But enough talk. Why not check out all this home has to offer with this self-guided tour? Be sure to also click on the interactive buttons.