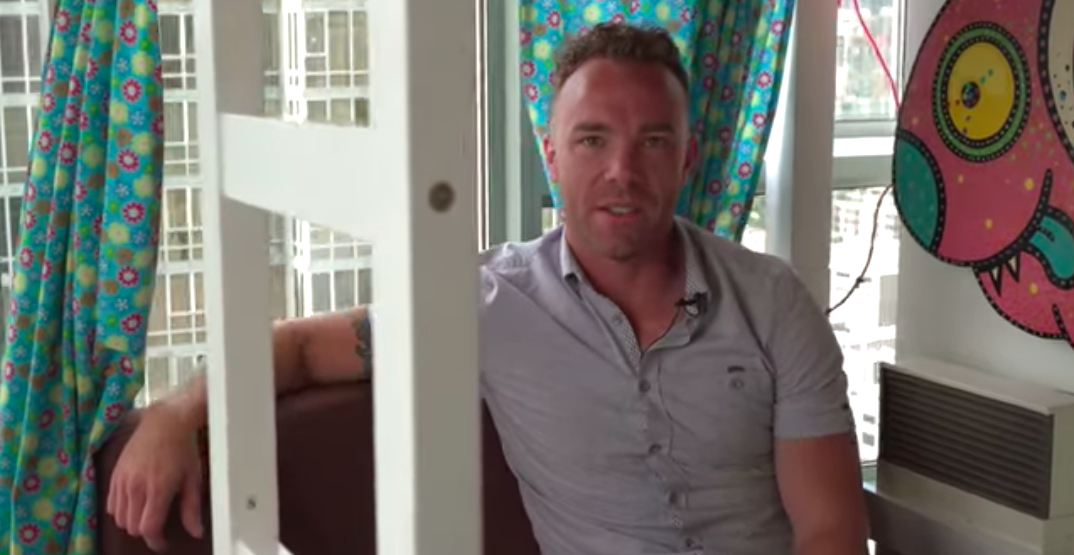 Adrian Crook gives a tour of his home. (Youtube screencap)

He announced his intention to run for Vancouver City Council earlier this year, and now, Adrian Crook is sharing a unique perspective on his home life that is already going viral.

Crook, who runs a mobile video game design consulting business, is seeking the nomination of the Non-Partisan Association (NPA) in the October 2018 election.

But he is also known for his advocacy for public transit and affordable housing, which is perhaps best evident with his work with Abundant Housing Vancouver and Abundant Transit BC – two advocacy groups he founded.

According to his campaign website, he wants to “fix Vancouver” and has a platform of three pillars that revolve around housing, public transit, and city services.

It’s his own housing situation that is garnering attention on the Internet, thanks to a YouTube video, by kirstendirksen.

The man behind the “5 Kids 1 Condo” blog, Crook rents a 1,000 sq. ft. condo on the 29th floor of a downtown Vancouver highrise with his five kids.

In the 21-minute video, Crook offers a casual tour of his living situation and space.

“It’s pretty great,” he says in the video. “Everything is so close.”

At the time of this writing, the video had already been viewed over 439,500 times, with numerous comments from people offering a wide perspective of opinions on Crook’s lifestyle choice.

When it comes to transportation, Crook, who doesn’t own a car, writes “vehicles aren’t going away” and that the city’s infrastructure must support “multi-modal travel” that reduces private auto trip times to increase mobility.

At the same time, he said, the city needs to “plan for a future of electric, autonomous, and shared vehicle use while continuing to support traffic reduction efforts for today’s cars using our road network.”