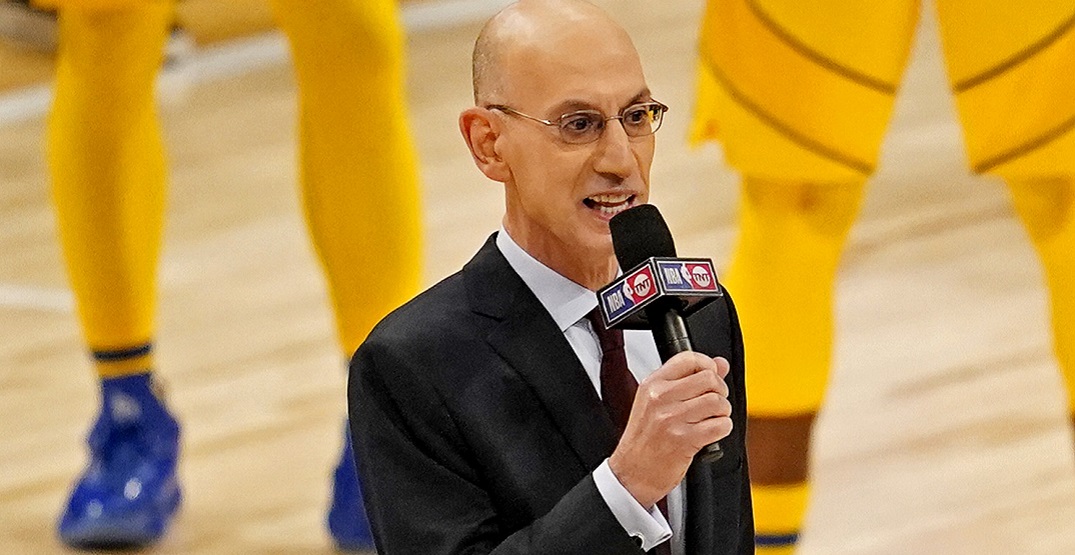 NBA Commissioner Adam Silver isn’t sure of where the Toronto Raptors will begin their home schedule.

Taking a question from Tim Reynolds of The Associated Press prior to last night’s Game 1 of the NBA Finals, Silver spoke about where he thinks the Raptors will call home next year.

“It’s unclear yet,” Silver said. ‘”I know on behalf of Larry Tanenbaum, who’s the governor of the team and happens to be the chairman on the board of the NBA. He’s very hopeful that Ontario will open up and that they’ll be back in Toronto. I know it’s incredibly meaningful to the team.”

The Raptors played the entirety of their home schedule in the 2020-21 season at Tampa’s Amalie Arena. However, it appears Silver is working to change that if government restrictions allow.

“I think that there was an additional burden placed on the Raptors more than any other team having to relocate for the season,” Silver added. “We are hopeful things will be back if things continue as they are in Canada right now.”

“In this environment in the NBA, we were number 30 in terms of what we went through,” he said. “I think it’s difficult for the league to always include us in everything… I’m sure sometimes it’s a pain in the ass. But it’s a global platform. We have to be considered in every single way.”

“We have no interest in going to play anywhere else,” Ujiri added. “Our franchise was built and brought to play in Toronto.

In May, Raptors guard Fred Van Vleet also had an emotional end-of-season press conference talking about the team’s absence from their home court.

“We miss Canada more than words can say,” Van Vleet said. “We miss our fans. We miss Scotiabank Arena. We miss living in Toronto. Hopefully, we’ll be back soon… It will be like we never left.”