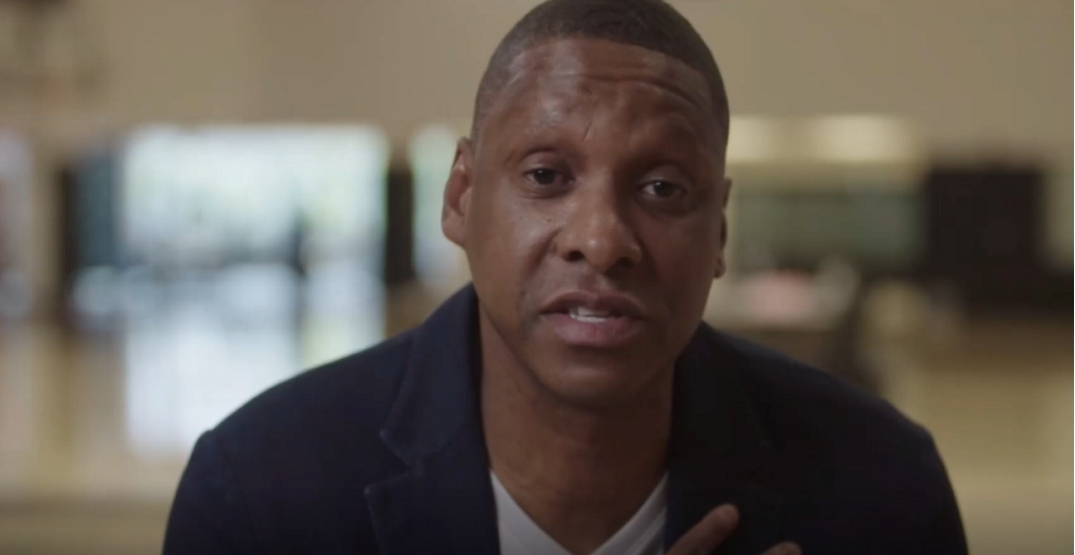 Masai Ujiri’s impact during his time as a Toronto Raptors executive has been felt just about everywhere across the globe.

Born in the U.K., raised in Nigeria, and a citizen of Canada, Ujiri has been both one of basketball’s most successful management figures as well as one of its mostly widely respected worldwide ambassadors through various initiatives, including his successful Giants of Africa basketball camps that have paved NBA careers for numerous players.

But it was the winning culture that Ujiri helped create in Toronto that got him emotional on Wednesday morning.

At his seas0n-ending press conference held virtually from Toronto, a question from Sportsnet’s Michael Grange about praise from Raptors stars Kyle Lowry and Fred VanVleet, as well as head coach Nick Nurse

“I want [Ujiri] to get what he deserves. He is the best out there,” Lowry added yesterday, per the Athletic’s Blake Murphy.

The question had Ujiri going through just about every emotion on the spectrum as he was on the verge of tears, briefly speechless, and with a bit of a smile mixed in.

“It’s hard for me, because these guys are incredible for me,” Ujiri said in reaction, pausing to collect his words. “To hear them say that… sometimes I honestly don’t know what to say.

“Our players, the coaches, the staff, they’re incredible for me. I go to battle every day with those guys. Every single day. I love them like they are my family.”

Much of the press conference centred around whether Ujiri would be returning to the Raptors for another season, as his eight-year anniversary with the club is on May 31. Ujiri would be coveted by just about any organization in the league, but could also take a (likely brief) step back from the sport if he does not feel the fit is right.

Currently, he is not under contract with the team in any capacity past June 30  as reported by Sportsnet’s Michael Grange, although that timeline might be pushed back a bit due to the NBA’s pandemic-altered schedule.

“I informed [MLSE ownership] I was going to wait until the end of my contract,” Ujiri said. “I hate to talk about ‘options’. I’m just in a point in my life where I have three children and I have to look at everything completely… I’m heading to Africa in a couple days. I don’t know. We will discuss. Those discussions will start at some point.”

Ujiri added that “nobody cares anymore” about that Raptors’ 2019 championship and that multiple championships in Toronto is still the franchise’s goal.

Ujiri also hinted that if he does re-sign in Toronto, he’s pushing for a bit more control within the organization, but didn’t dive too deep into specifics.

“I don’t want to call out anybody but there’s a lot of work to be done. To be honest, me being back here… There’s going to be a lot of things that we need to ownership to address… I think ownership is open to hear this.”

“Larry has been incredible,” he said about MLSE chairman Larry Tanenbaum, who owns a 25% stake in the team.

Ujiri also touched on the difficulties the 27-45 Raptors faced while in Tampa this season due to Canada’s COVID-19 restrictions, while encouraging people to go get vaccinated if eligible.

“In this environment in the NBA, we were number 30 in terms of what we went through,” he said. “I think it’s difficult for the league to always include us in everything… I’m sure sometimes it’s a pain in the ass. But it’s a global platform. We have to be considered in every single way. [Our players] tried to persevere as much as they could through adversity. We were playing winnable games, these guys were running in mud. It was really, really tough.”

“I’m not looking for excuses,” he added. “We know the work we have to do moving forward.”

Ujiri also repeated several times that the Raptors will be pushing as hard as possible for a return to play in Toronto next season, ending his call by saying that he was off to go phone Prime Minister Justin Trudeau.

“We have no interest in going to play anywhere else,” he said. “Our franchise was built and brought to play in Toronto. We feel we are one of the safest environments… We make people happy. Sports make people happy. But I respect health officials and the government… I don’t want to be selfish and put our agenda of anyone else.”