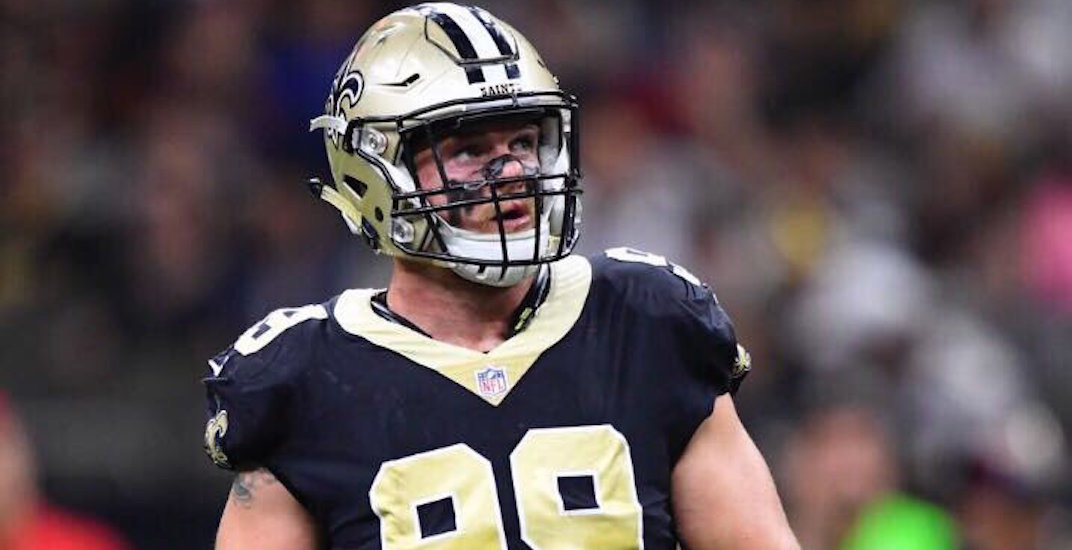 Adam Bighill’s NFL dream has hit a bump in the road.

The former BC Lions star linebacker has reportedly been released by the New Orleans Saints, after appearing in just three NFL games last season.

Adam Bighill was released, per source

A true underdog story, the mere fact that a 5′ 10″ linebacker was given a real chance with an NFL team was a story in itself last year. Bighill made the most of his shot in preseason, impressing most Saints observers and earning a spot on the practice roster, before making his debut as a special teams player in New Orleans’ season-opener on Monday Night Football.

“I want to thank the Saints organization for the opportunity to play for such an amazing fanbase,” said Bighill in a message posted to Twitter on Monday. “Was a pleasure to wear the Black and Gold! Thanks to all the WHODATS for all the love and encouragement. My journey shall continue elsewhere.”

A four-time CFL All-Star, Bighill won the league’s Most Outstanding Defensive Player award in 2015 while with BC.

Bighill now has a decision to make going forward.

Issue facing the #BCLions should Bighill head back north is, cap space. Do they have it? They probably do. Do they want to, or can they tie up that much money on two linebackers? Perhaps not. But make no mistake, I think Bighill's preference would be to be in BC. #CFL

#BCLions are already pretty deep at linebacker, with Elimimian, Davis and Lokombo. Were also inquiring about bringing Micah Awe back. Might see a trade if they bring back Bighill, which would likely leave them out on Awe.

The 29-year-old could try to find a spot with another NFL team, or he could return to BC, where he would provide a huge boost for the Lions. The CFL season begins next month, while the NFL doesn’t kick off its regular season until September.