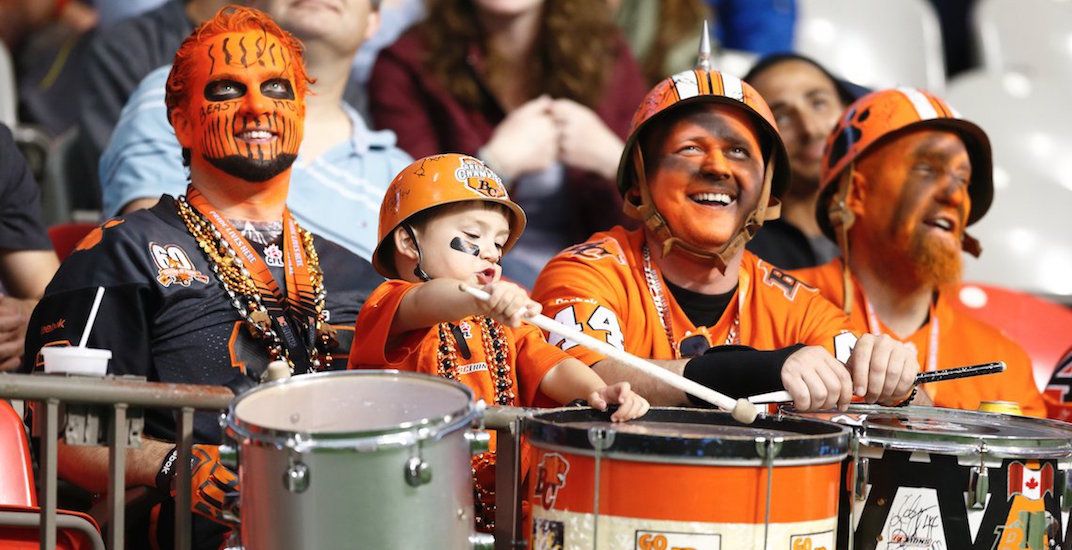 Get them hooked early.

It’s not a bad strategy, and one that the BC Lions are employing in 2018.

Significantly discounted season tickets will be available for children next season, the team announced on Thursday. Season tickets start at just $85 for kids 12 and under, well below the $280 regular price for adults.

For the Lions, this is another increase in successful promotion to get youngsters in the door. They offered $5 kids tickets for their home opener in 2016, as well as the summer months in 2017.

The announcement of the ticket promotion came as the CFL released the 2018 schedule.

The Lions will play six of their nine home games on Saturdays next year, to go with two Friday games, and one on Thursday.

“Having next year’s schedule released this early makes this a very exciting day for our fans and for the club,” said VP, Business George Chayka. “We’re pleased to be able to keep Saturday as our primary day for home games and the addition of a full season membership for kids makes taking the entire family to games that much easier.”

BC starts the regular season at home against the Montreal Alouettes on June 16.

It begins for real on June 16th at HOME!

Thrilled to introduce kids season memberships, starting at $85 ALL IN for those 12 and under! 🎟 🏈