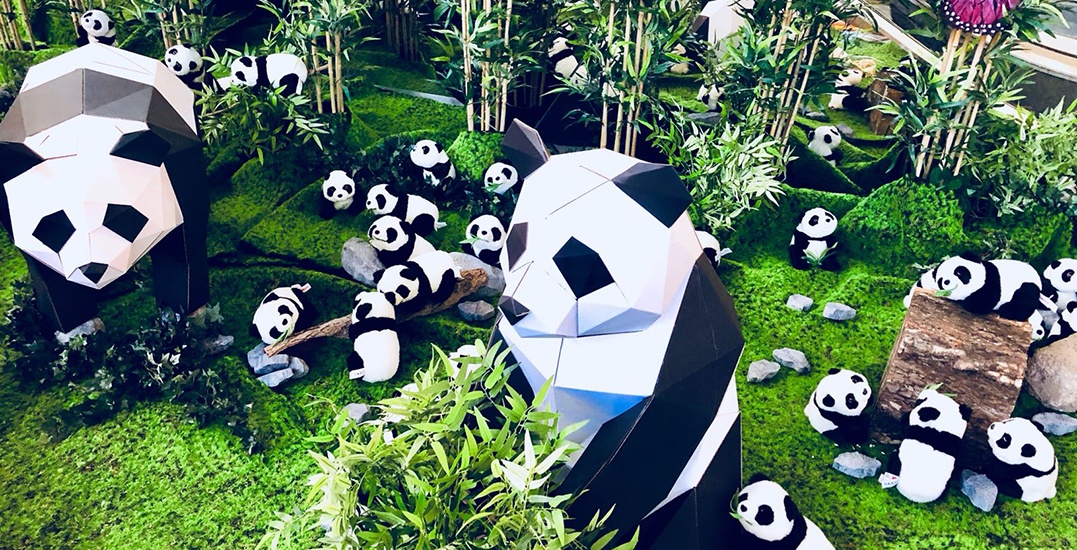 Just over two months ago, an adorable army of pandas occupied the Aberdeen Mall.

The giant panda bear art exhibit took over the main atrium and was dubbed ‘Pandaland,’ featuring a family of giant origami pandas ranging from 3 ft to 10 ft tall, and 500 fuzzy plush versions of the black and white bears.

Now, for two days only, the 500 plush pandas are being put up for ‘adoption’ – an initiative put on by Aberdeen Centre to benefit a local charitable organization – Richmond Cares, Richmond Gives (RCRG).

Next weekend, from Saturday, September 8 to Sunday, September 9, anyone who visits the mall between 12 to 4 pm will be able to take a panda home for just $25. Be warned though! You’ll need to bring cash if you’re looking to leave with a new friend.

All proceeds from the event will benefit the RCRG’s Richmond Christmas Fund program, which supports families in need over the fast-approaching holiday season.

“The exhibit was hugely popular,” says Ed Gavsie, CEO President and CEO of RCRG. “We’re hoping that people who came and saw it – or saw photos on social media – will return to the mall and take a panda home. They’re so cute, it’s kind of hard to resist.”

Last year, with the help of nearly 120 volunteers and hundreds of donors, the organization was able to help over 2,100 low-income residents of Metro Vancouver, giving them grocery vouchers, toys, books, and gift cards.

Purchase a Panda at Aberdeen Centre

–with files from Kenneth Chan