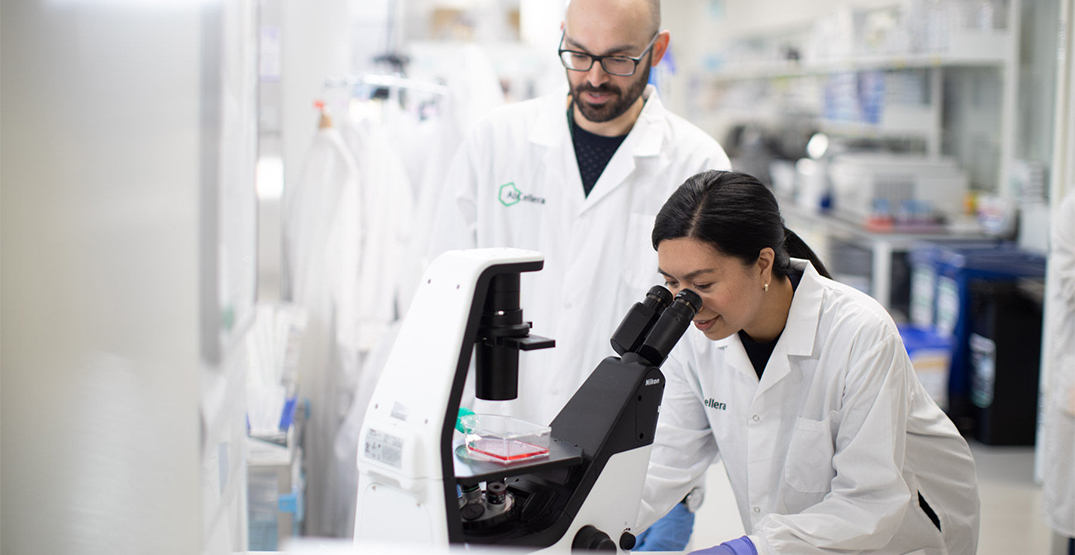 Major expansion plans are abound for AbCellera over the next few years to the extent that the Vancouver-based biotechnology company is now looking to build a massive purpose-built office and medical laboratory campus in Mount Pleasant.

A rezoning application has yet to be submitted, but earlier today, Vancouver City Council unanimously approved a rezoning enquiry allowing city staff to work with the proponent and accept a formal application for review. 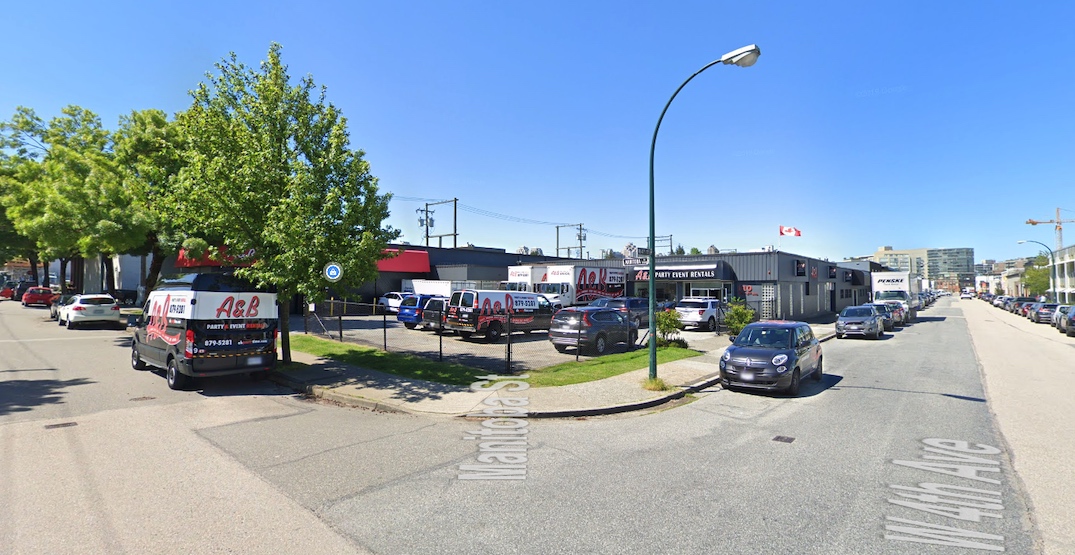 This special additional pre-application step is required due to the temporary ban on most types of rezonings within the Broadway Plan’s planning area, until the plan is finalized at the end of 2021.

But city staff are willing to make this a rare exception due to the economic opportunity presented by the proposal and the healthcare-related aspects.

“The reasons for advancing this quickly are they are rapidly growing and would like to stay in Vancouver, and we would like them to… We’re very glad to have this company in Vancouver and want to provide them with a permanent home, but in order to scale up, the timeframe to produce their therapy [for viruses] is really time sensitive,” Gil Kelley, the chief urban planner of the City of Vancouver, told city council during today’s meeting.

“We want to bring this in advance of the completion of the Broadway Plan because of the time sensitivity, and because it is such a pertinent use for the aspirations that are coming out of both the Vancouver Plan and the Broadway Plan.”

AbCellera is the future tenant of the four-storey office building currently being constructed at the 150 West 4th Avenue parcel by Dayhu Group, Lark Groupo, and ICT Group. This is a 110,000 sq ft office and industrial building, but the intention now is to build more space on both this site and the adjacent site at 110 West 4th Avenue, which is occupied by A&B Partytime Rentals. 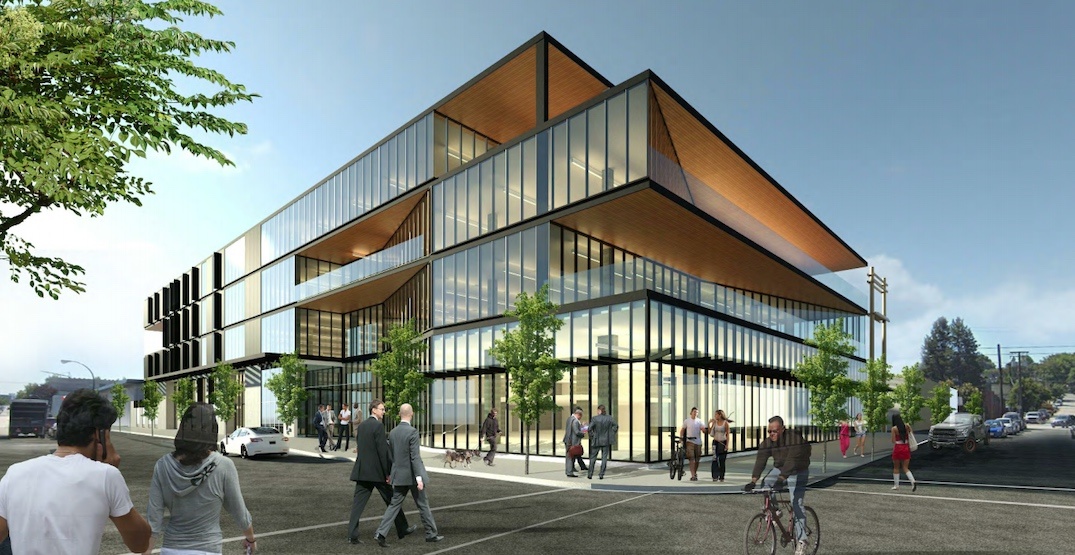 AbCellera has gained significant international attention over the past year after it co-developed the first authorized COVID-19 antibody therapy for emergency use in high-risk patients in Canada and the United States. The provincial government also recently began an emergency clinical trial of this therapy at Surrey Memorial Hospital for patients who are at risk of being hospitalized with severe illness.

In late 2020, the company closed a successful initial public offering, bringing in $556 million after selling nearly 28 million shares, far exceeding its original goal of raising $250 million. It was the largest-ever IPO by a Canadian biotech company.

Aside from its emergency development on COVID-19 related treatments, the company is also working on therapies and treatments for cancer, autoimmune conditions, infections disease, and neurodegeneration.

AbCellera was founded in 2012 at an incubation space in the University of British Columbia, and in 2018 it moved to new offices and custom-built laboratories at the 21,000 sq ft building at 2215 Yukon Street, about two city blocks west of its proposed hub.

It has also leased the entirety of a new 44,000 sq ft office and industrial building nearing completion at 2131 Manitoba Street, just south of the campus site. 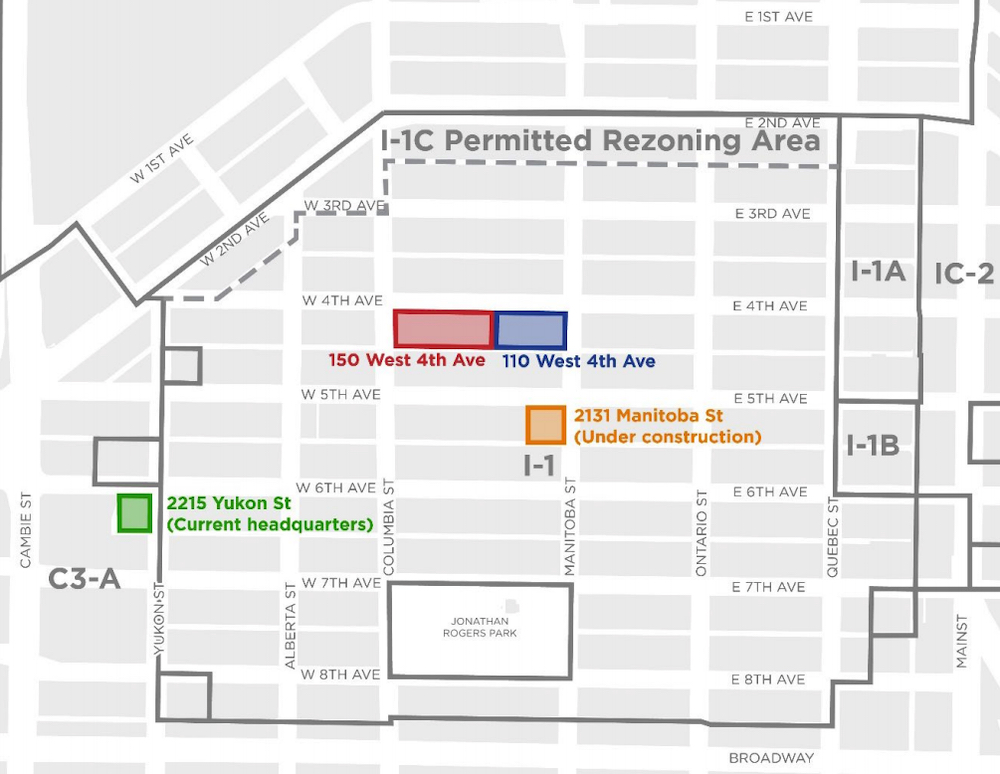 Currently, the company employs 210 people, and it plans to double its workforce by the end of this year. By 2028, it will add over 1,000 people to its workforce, which necessitates the new additional office and laboratory space.

The proposed campus is comprised of two properties leased by the company over the long term for 15 to 20 years.

“There is a critical lab shortage at present in the region. Biotech companies are leaving Vancouver because of their inability to secure lab space. If you’re a scaling biotech company in Vancouver, you need to plan years in advance for your growth because there is simply a lack of lab space available,” said Murray McCutcheon, the head of corporate development of AbCellera.

“We are committed to this region, it is ideally suited for us, and there is a tremendous advantage to consolidate our facilities in a close proximity to each other.” 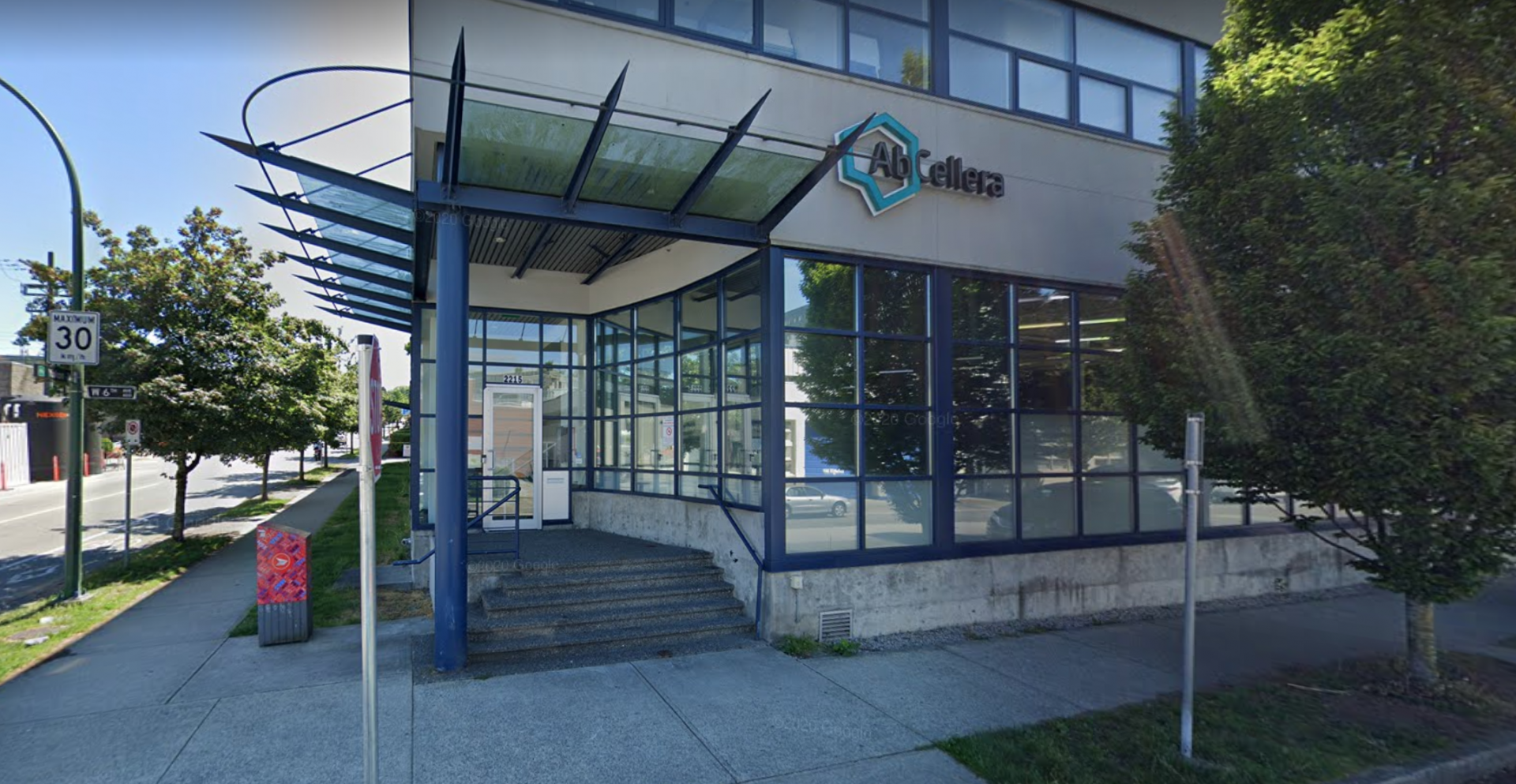 Besides the close proximity to the company’s existing facilities, this area of Mount Pleasant west of Main Street, known as the Mount Pleasant Industrial Area (MPIA), is suitable for the campus given the area’s designated uses for light industrial, tech, and office uses.

McCutcheon also noted MPIA is centrally located and near both the Vancouver General Hospital and future St. Paul’s Hospital campuses.

Just recently, city council approved the quick start actions measure in the Economy Lands and Economy Review of allowing “health care office” uses within the MPIA, given its strategic “mid-point” location near the hospitals.

Preliminary details of the design of the AbCellera campus have not been provided at this early stage of the planning process, but city staff have noted that the proponents intend to build heights and densities above what is permitted under existing zoning, with a higher proportion of the campus developed for industrial uses.

Currently, the maximum permitted building height is 60 ft, and the zoning allows a floor area ratio (FAR) density of three times the size of the lot, with 1.0 FAR required for industrial uses. The size of the lot for the proposed campus is about 73,000 sq ft.

Additionally, AbCellera is also planning to build a clinical-grade, antibody manufacturing facility in Metro Vancouver, funded in part by the $176-million investment it received from the federal government last spring.