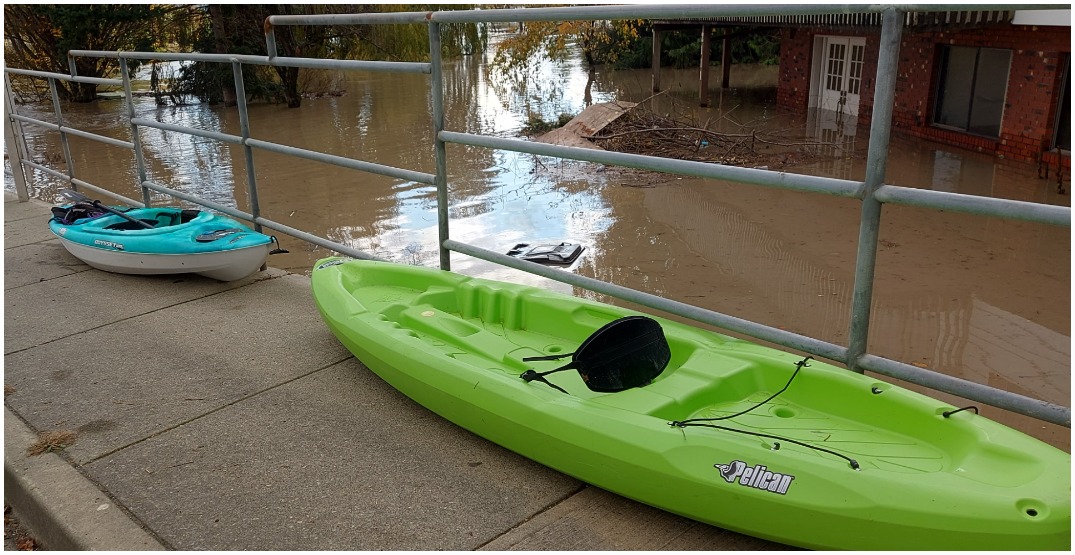 “We can’t stress this enough. Please stay out of evacuated areas.”

That’s the message from the Abbotsford Police on Tuesday afternoon after officers had to rescue four youths who were kayaking in an evacuated area.

Other than being cold and wet, they were not hurt.

On Twitter, Abbotsford Police said they were in an area with “rising swift water.”

We can’t stress this enough. Please stay out of evacuated areas. AbbyPD officers just rescued 4 youths who were kayaking in evacuated areas with rising swift water. This greatly hampers emergency response times for people needing it most. pic.twitter.com/Icff2tfUZi

Constable Paul Walker with Abbotsford Police tells Daily Hive, “Four youths decided it would be smart to launch kayaks at Delair Park, which is an evacuated area. The youths did not have life jackets in their possession and proceeded to drift east. As they approached the Whatcom area, the flowing water changed to swift running water, resulting in the kayaks capsizing.”

“Diverting emergency resources to deal with matters such as these takes away from our rescue operations underway in the Sumas Prairie,” says Walker.

As of Tuesday, thousands of people have been evacuated from their homes in Abbotsford after devastating flooding ravaged the area.

On social media, people have called the kayaking an “ignorant” move.

Earlier, Abbotsford Police tweeted about people trying to get around road closures.

IMPORTANT INFO: Frontline personnel are seeing an increase in citizens attempting to access the evacuated areas within the Sumas Prairie. Some are attempting to gain access for travel and to take pictures. This is impacting first responders rescue efforts. Please stay clear