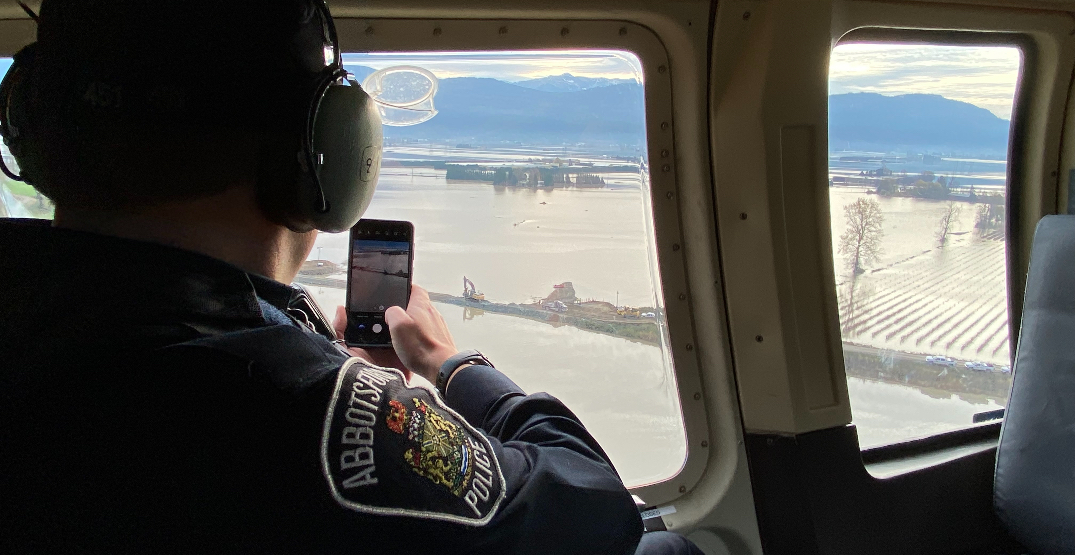 In an update on Friday, November 26, Abbotsford Mayor Henry Braun said that the city was preparing to receive even more rain.

On Thursday, November 25, the Fraser Valley received a lot of precipitation. The mayor estimated that they got 50 mm of additional rain in Abbotsford.

“Overnight, conditions remained stable across the flood zone with the Barreltown pump station managing to keep pace with the additional water from the rain and water runoff that was added into our dyking and drainage system,” said Mayor Braun.

Flood water levels in the Sumas Lake area dropped by three inches in the last 24 hours. Still, the mayor remains “very concerned” about the coming storms.

“That equals 140 to 220 millimetres in total. Cumulatively, that is more water in total than the initial event, although over a longer period of time.”

The mayor said that they’ve never faced a situation like this before and they don’t know what’s going to happen when rain gets introduced to a supersaturated area with existing flooding.

For all Abbotsford updates, check the city’s website where they have a page listing all the important details for residents.

In the afternoon on Friday, November 26, Mayor Braun will meet with Prime Minister Justin Trudeau and said he has some specific “asks” for the prime minister.

The mayor estimates the damage from the flood, which caused mass evacuations and devastation to farmland, to be “in the billions.”

“We know the storm is coming at this point. We are as ready as we can be,” said Mayor Braun.